The empirical basis for the effectiveness of 12-step recovery and the psychotherapeutic benefits of opioid agonist maintenance were among the topics of several symposia with introspective views of time-tested treatments at the 40th Annual Medical-Scientific Conference of the American Society of Addiction Medicine (ASAM) in New Orleans. 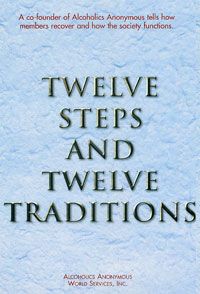 The empirical basis for the effectiveness of 12-step recovery and the psychotherapeutic benefits of opioid agonist maintenance were among the topics of several symposia with introspective views of time-tested treatments at the 40th Annual Medical-Scientific Conference of the American Society of Addiction Medicine (ASAM) in New Orleans.

Marc Galanter, MD, director of the Division of Alcoholism and Drug Abuse, New York University School of Medicine, provided the opening scientific plenary and distinguished scientist lecture. He examined how spirituality and social affiliation have been essential to the success of Alcoholics Anonymous (AA). These elements were initially used not because of supportive science, Galanter noted, but because of the “zeal and commitment” of the participants.

“But over the years, as our organization has progressed, and as our field has progressed,” Galanter said, “we find out full well that there is an empirical basis for the effectiveness of AA and its spiritual and social components.”

With approximately 2 million members in almost 100,000 groups worldwide, Galanter characterized AA as a ubiquitous resource for recovery. “It’s a resource,” he added, “when, at times, long-term professional care is not likely to be fully supported. It’s the only free medium which people can turn to over the course of what is so typically a lifetime illness.”

Galanter indicated that several treatment follow-up studies associate participation in AA with better long-term outcomes, independent of motivation or religions before entering acute treatment. “Although,” he noted, “people after 3 years [in AA] who had achieved abstinence were 3 times as likely to report a spiritual awakening during that period.”

In a survey conducted by Galanter, recovering physicians ranked their participation in AA highest among the components of treatment that facilitated abstinence-above medical counseling, family therapy, random urine screens, or the desire to return to practice. “So, for people engaged in AA,” Galanter commented, “it’s the most compelling issue they encounter, in terms of staying sober.”

Although a Cochrane database meta-analysis indicates that AA is no better than other treatments, Galanter pointed out that “it showed as well . . . that AA was as effective as any other treatment.”

While there has been resistance in some AA groups to prescribed medications that facilitate abstinence and less support for persons with drug and alcohol mixed dependency, Galanter has found increasing inclusiveness, which extends to persons who are treated with buprenorphine for co-occurring narcotic addiction. With variability among AA groups, however, Galanter encouraged health care providers to continue to discuss and “modulate” their patients’ experiences, to heighten the therapeutic value of the referral to AA.

The processes underlying the therapeutic outcomes of AA are likely to be elucidated by several areas of research. In sociological studies, for example, the concept of “reciprocal altruism” could provide a relevant model in the individual working toward survival by strengthening the group.

The neurophysiological changes apparent from positron emission tomography studies in the brains of persons who seek spiritual experiences and are meditating might also be relevant to those who experience increased spirituality as a result of 12-step programs, Galanter indicated. “Apparently, there are loci in the brain, as well as temperamental factors, associated with what we call spirituality.”

In Galanter’s own prospective studies of persons in distress who seek social support in “charismatic” groups, such as the Reverend Sun Myung Moon’s Unification Church, the degree to which the person experiences spirituality correlates with the amount of improvement. The higher the level of positive cohesiveness with the group, the greater is the level of general well-being.

“When joining a charismatic group,” Galanter concluded, “an individual’s relief in his or her distress is in direct relation to how closely affiliated he or she feels with the group.”

Galanter also recognized surveys that indicate that health professionals tend to be skeptical about the benefits of spirituality for their patients. In addition to calling for increased scientific assessment of the 12-step processes and outcomes in order to overcome this skepticism, Galanter suggested that definitions of addictions could be broadened beyond those in DSM-IV to better describe the features targeted by AA. Addiction, in Galanter’s definition, is a loss of sense of purpose because of excess substance use, a violation of culturally accepted norms for ethical behavior during substance abuse, the continued use of a substance while experiencing moral qualms over its consumption, and a loss of will to resist temptation when the substance is available.

In a point-counterpoint venue on opioid agonist treatment between advocates of maintenance to reduce the “relative harm” of street narcotics and advocates of limited usage as a means to achieve abstinence, Daniel Alford, MD, medical director, Office-Based Opioid Treatment Program, Boston University, said that the most important treatment outcome is increasing the chances of the patient’s survival. “Not only are people using these substances, but they are dying from them,” Alford declared.

Alford cited studies in his home state of Massachusetts that indicate a 500% increase in fatal overdoses with opioids since the 1990s, compared with an approximate 13% increase with other drugs. “Two people are dying from an opioid overdose per day in Massachusetts,” Alford said. “Opioid dependence is essentially a lethal condition.”

In a separate session, Peter Tenore, MD, Division of Substance Abuse, Department of Psychiatry, Albert Einstein College of Medicine, Bronx, NY, added psychotherapeutic benefits to the advantages of opioid agonist treatment. Tenore acknowledged that this is not an original assertion; the poppy that Hippocrates called Hul Gil, or “joy plant,” produced the “opium cure” for refractory depression from the 19th century to the 1950s, before being displaced by tricyclic antidepressants.

Tenore is intrigued by current studies that suggest that patients with dual diagnoses of psychiatric disorders and opioid dependency tend to require higher dosages of methadone than do drug-dependent patients with no additional psychiatric disorders. However, these patients also have greater rates of retention in treatment and demonstrate greater improvement from baseline on addiction severity measures. Tenore also related evidence of fewer antidepressant prescriptions being filled by patients with depression after entering methadone maintenance and some correlation of reduction in depressive symptoms with higher methadone blood levels.

Tenore posited that the effects of opioids on mood occurs by augmenting endorphin action on dopaminergic neurons and, with methadone and buprenorphine to an extent greater than morphine, through inhibiting monoamine reuptake and antagonizing N-methyl D-aspartate inhibiting effect on serotonin activity. He suggested that a new class of δ opioid receptor agonists may exert antidepressant effects without the dependency characteristic of the selective μ opioid receptor.

“I think, someday some form of opiate will be involved in psychiatric disease, the same way that psychiatrists use benzodiazepines, which are horribly addictive but when used appropriately are wonderful medicines,” Tenore commented, adding, “but that day is not here yet.”