Smoking cessation services should be integrated into substance use disorder treatment programs, according to David Kalman, MD, Department of Psychiatry, University of Massachusetts, and colleagues, in their recent review of tobacco dependency among patients who sought treatment for alcoholism.1 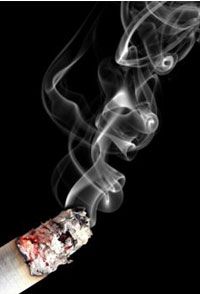 Smoking cessation services should be integrated into substance use disorder treatment programs, according to David Kalman, MD, Department of Psychiatry, University of Massachusetts, and colleagues, in their recent review of tobacco dependency among patients who sought treatment for alcoholism.1

“Clearly there exist many barriers to simultaneous treatment of tobacco dependence and other substance use disorders,” the investigators observe. “However, most alcoholics in treatment are concerned about their smoking and the preponderance of evidence indicates that trying to quit during substance use disorder treatment does not interfere with sobriety and, in fact, appears to be associated with better alcohol and other drug use outcomes.”

Kalman and colleagues are among a growing number of clinicians and researchers calling for the recognition of (and interventions for) tobacco dependence as a common comorbidity with other substance use and psychiatric disorders. Brian Hitsman, PhD, Northwestern University, Chicago, and colleagues published their review of evidence-based interventions for tobacco dependence in persons with mental health or addictive disorders a few months earlier, finding several psychological and pharmacological interventions supported by clinical data.2 They indicate that interventions to stop smoking should be offered along with treatments for psychiatric and substance use disorders to not only mitigate the health issues of tobacco but to improve mental health treatment outcomes.

“Treatment efficacy could be enhanced through promoting smoking reduction as an initial treatment goal,” Hitsman and colleagues propose, “extending duration of treatment, and delivering it within an integrated care model that also aims to reduce the availability of tobacco in mental health and addictive disorder treatment settings and in the community.”

Kalman and colleagues point out that while the overall rate of smoking in the United States has declined, the rates in both treatment-seeking and community-dwelling alcoholics have remained significantly elevated-estimated by some to be as high as 80% in clinical populations. They relate evidence that the adverse health effects of chronic alcohol and tobacco use are synergistic: the level of risk is multiplied for conditions that are associated with both, including cancers of the upper respiratory and digestive tracts.

An NIMH report3 published in December 2008, “Tobacco Use and Cessation in Psychiatric Disorders,”for which Hitsman was a coauthor, documented an exceptionally high rate of smoking among psychiatric patients. The report considers possible biological, psychological, and social factors for this, including the lack of smoking cessation treatments available in mental health settings. The NIMH report notes that “self-medication” and “individual rights” have historically been concerns used to rationalize continued tobacco use in mental health treatment programs. The report rejects these as reasons for not offering effective treatment to psychiatric patients who have tobacco dependence and criticizes the extent to which tobacco use may have been accepted to “self-medicate.”

“Although research has shown that tobacco use can reduce or ameliorate certain psychiatric symptoms,” the NIMH report indicates, “overreliance on the self-medication hypothesis to explain the high rates of tobacco use in psychiatric populations may result in inadequate attention to other potential explanations for this addictive behavior among those with mental disorders.”

In their review of treatment studies for tobacco dependence that co-occurs with psychiatric disorders, Hitsman and colleagues describe 2 trials in patients with schizophrenia and schizoaffective disorders as “especially noteworthy.” Both studies combined bupropion, nicotine replacement (eg, patch, gum), and cognitive-behavioral therapy. In each, the active treatment was associated with significantly higher rates of abstinence than placebo at follow-up, in 6 months with one study and in 3 months with the other.

Bupropion is commonly used in treatment combinations for patients who have depression, with encouraging results, and Hitsman and colleagues characterize the early indications of effectiveness of such regimens for patients with bipolar disorder as “promising.” They recommend extending the course of psychological and pharmacological treatment in patients with mood disorders, “because it allows repeated quit attempts that are often necessary before sustained abstinence can be achieved.”

Treatment of tobacco dependence in patients with anxiety disorders has primarily been studied in those with posttraumatic stress disorder (PTSD). Hitsman and colleagues cite 2 studies of tobacco dependence treatments that have been successfully integrated with programs for PTSD, and that this integrated model has been widely advocated for this patient population. It remains to be evaluated, they indicate, whether similar treatment regimens would be effective in patients with other types of anxiety disorders.

A variety of treatment regimens for tobacco dependence have been used in patients with addictive disorders, a population with a particularly high prevalence of smoking. Hitsman and colleagues consider the major unresolved treatment issue for this population to be whether smoking cessation treatment should be provided concurrently with treatment for the substance use disorder or delayed until after its successful remission. Hitsman and colleagues are in agreement with Kalman’s group in preferring concurrent treatment.

A new study assesses the effects of naltrexone and topiramate on tobacco use among alcohol-dependent outpatients.4 Naltrexone has been approved for the treatment of alcoholism and topiramate is being studied for that possible application. Danilo Baltieri, MD, Department of Psychiatry, University of So Paulo, Brazil, and colleagues sought to determine whether these agents could also reduce the number of cigarettes smoked over a 12-week period. In addition, the researchers compared alcohol treatment outcomes between the smokers and nonsmokers in the study cohort.

After a 1-week detoxification period, 155 patients were randomized to receive naltrexone 50 mg daily, topiramate up to 300 mg daily, or placebo. The researchers found no significant differences between the naltrexone and placebo group or between naltrexone and topiramate. Topiramate in comparison to placebo, however, was associated with a significantly greater reduction in the number of cigarettes. Adverse effects from both medications were rated as mild or moderate, and all resolved without specific medical intervention. The researchers also determined that continued smoking increased the odds of relapse into drinking by 65%, independent of the medications prescribed.

For this difficult comorbidity of tobacco dependence and alcoholism, Baltieri and colleagues suggest that topiramate could be a useful option for the treatment of alcoholics who smoke, “even if they do not wish to stop both substances at the same time.”

“At least,” they add, “health professionals should explore the option of dual cessation with their patients and, if possible, provide adequate and effective treatment for both conditions.”