This new work examines faith and tradition versus medical and scientific knowledge in the psychiatry-Christianity equation. 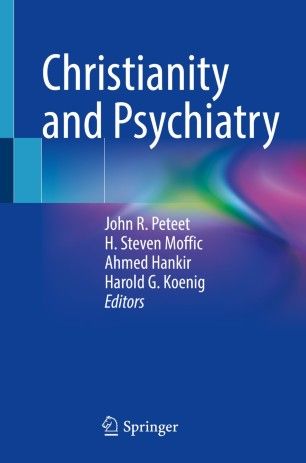 Christianity and Psychiatry is the third of a book series focused on several angles of the religion-psychiatry equation, published in the last 3 years and edited, practically, by the same team of scholars. These features confer high academic quality and a homogeneous set of perspectives on the topic of Christianity and its many links with psychiatry throughout centuries. The 2 previous volumes dealt with Islamophobia and anti-Semitism as human/behavioral/emotional attitudes. Christianity may not engender a similar magnitude of negative responses, but, perhaps for the very same reason, its connections with psychiatry exhibit a larger variety of fronts.

This was the objective that the 4 editors—from Harvard Medical School, Medical College of Wisconsin, Duke Medical Center, and King’s College London—pursued, asking a total of 31 authors (23 from the United States, 3 from Canada, 3 from the United Kingdom, and 1 each from Scotland and the Netherlands) to contribute 21 chapters. As the foreword and the introduction state, the book addresses different levels of faith and tradition versus medical and scientific knowledge, their antagonisms and controversies, and their integration and mutuality.

A panoramic and detailed analysis of the book’s content led this reviewer to formulate a catalogue of 5 areas explored throughout the chapters—areas sometimes clearly delineated, and other times, inevitably mixed because of their complexities. It is not an isolating compartmentalization because the connections emerge almost spontaneously; nevertheless, I will describe and explore them as orderly as I can in an attempt to systematize the impressive richness of the reading material. The first 3 areas are history, clinical practice, and education, while the last 2 examine implicit contradictions (not from or between the authors, but owned by the topics themselves) and some conceptual or formal, although not necessarily formidable absences.

The historical focus touches authoritatively on many chapters. Some readers may feel that the first one, titled “The fraught history of Psychiatry and Christianity,” would be sufficient with its impressive deployment of information from biblical sources to lucid perspectives during the Middle Ages and accomplishments of legendary figures like Augustine of Hippo, Baxter, Tuke, Brigham, Charcot, Janet, and William James throughout the last 6 centuries.

The questioning of divinely inspired behaviors of Old Testament heroes as possible psychiatric syndromes also started a long time ago (chapter 3). It seems that the stigma of mental conditions (including self-stigma) has always existed (chapters 2 and 14). We learn about the Christian origins of Alcoholics Anonymous (chapter 11) and the inclusion of “care of the soul” envisioned and clearly spelled out by Christian Reil (the creator of the name, “psychiatry,” for our field) in 1808 (chapter 16).

The polemics between conservative (mostly Protestant) and liberal Christians generated anger and confusion, but also channeled the first elements of the contemporary concept of Liberation Theology (chapter 19). As important, one learns of the prophet Muhammad’s protective attitude toward Christians (chapter 19) and considers the history of ideological and temperamental polemics between Freud (who could be described as Atheistic Jewish) and some of his early notable Christian followers (ie, Jung), who occupy a crucial place in the doctrine-based history of psychiatry and psychoanalysis (chapters 18 and 19).

Clinical practice encompasses diagnostic and treatment/management actions, all reflecting well-defined objectives and a positively directed pragmatism. The historical detection of stigma, mostly among Christian (“charismatic,” authoritarian) communities and churches since ancient times, set the stage for the materialization of faith-inspired healing (chapter 2). In turn, religion and God became a source of resilience and adaptability, particularly among young people (chapter 5). The distinction between psychotic symptoms and spiritual phenomena led to early conceptualizations of clinical processes later named spectra, an important contemporary nosological term that anticipated the great potential of a mutually understanding collaboration between clinicians (chapter 3). In the therapeutic field, the progressive Christian view allowed the acceptance of “folk healing,” a strongly culture-based treatment approach that undoubtedly used components of support, empathy, encouragement, and inspiration in non- or nominally Christian patients (chapters 1, 18, and 19).

The above reiterates hermeneutic closeness with “faith as a treatment” (chapter 5), which is also part of the spectrum of therapeutic resources that today’s well-trained, competent mental health professionals are taught to use. Spiritual care has a place in the list of therapeutic approaches to a variety of clinical conditions (chapters 10-13 and 17). This is another way to say that psychotherapy, as one of the most powerful resources to assist mentally ill patients, follows an inclusive trajectory—a comprehensive sequence in which the spiritual crowns a bio-psycho-socio-cultural route toward recovery (chapters 8, 12, 14, and 16).

Medical/psychiatric education and training matters are an essential component of this volume. Practically all the chapters convey valuable notions, ideas, and themes that could—or should—be incorporated into pre- and postgrade teaching program curricula. Quite interesting angles are offered by the Christian assessment of medical explanatory models of psychopathology (chapters 2 and 4); the comprehensive treatment of trauma (chapter 6) and psychoses (chapter 13); the “integration debates” as educational group activities (chapter 12); the characteristics of Christian psychiatric care delivery and clergy-clinician collaborations (chapters 14 and 15); and the study of outcomes vis-à-vis different Christian psychotherapeutic interventions (chapter 18). Didactic principles are many times conveyed through precious biblical quotations (chapters 8 and 10). Old terms such as acedia (or spiritual apathy; chapter 4) and theodicy (or human attempts to understand why God allows suffering; chapter 9) acquire renewed meaning and relevance.

It goes without saying that several of the ideas and concepts mentioned so far, strongly reinforced by Christian perspectives, occupy a legitimate place in the educational arsenal provided by the book: resilience, stigma, “moral injury” helping to understand modern entities such as burnout (chapter 7), loneliness as a pathogenic agent (“magnifying the susceptibility to spiritual collapse”; chapter 16), etc. And, at the summit, one can just mention, among several others, 3 vigorous contributions from Christian psychiatry:

2) Shared decision-making and a value-based practice (Fulford’s legacy) that confers to psychiatry the role of a “normative practice approach” compatible with a communitarian approach in social philosophy and ethics—the latter in the route of principles like beneficence, mercifulness, charity, altruism, hope, and trust (chapter 12)

3) The study of relational phenomena that, beyond “levelism” and contextualization, focus on intersubjectivity and the existence of “the third” outside of exclusively dyadic doctor-patient and teaching-audience perspectives (chapter 16)—a wise anticipation of the “otherness” phenomenon that is so profoundly relevant in today’s psychiatry and psychotherapy

A book of this nature must also examine old and current contradictions in the field of the so-called Christian psychiatry to assert truth and objectivity. The polemics between Freudian pronouncements about religion in general—and Christianity and its churches, in particular—are mentioned several times, somehow personalizing it in their exchanges and Freud’s final rupture with Jung. Beyond that, the Christian vision reflects yesterday and today’s many confrontations between psychology and psychiatry (chapter 12). Differing interpretations of the same clinical phenomena, a frequent reality among clinicians, occur equally among theologians discussing the religious/spiritual meaning of psychopathological behaviors (chapter 4). Last but not least, contradictions are recognized and discussed within and between Christian churches in their consideration of psychiatric symptoms, syndromes, and diseases, and—perhaps more profoundly—between Jewish (the first Christians in history) and Black Christians (chapters 14 and 19).

Finally, a reviewer must point out absences, omissions, and even excesses in the work being read—quasi-criticisms that may be quite personal or questionable. A broad, panoramic view of the religious/spiritual perspective as a strong component of old and contemporary cultural psychiatry seems to be missing; some may say that the whole book is sort of a treaty on the topic, but an ontological precision in the form of a brief chapter may have helped. The role of the family is mentioned many times, but lacks focus and clear meaning—again, from a cultural (not only Christian) perspective. Theoretical speculations were unavoidable on occasions, and simplistic-looking explanations (ie, slow breathing settling autonomic nervous system activation) may have been so probably due to space reasons.

In short, this volume is a fascinating incursion into a field that everybody talks about, but few examine in depth. It offers excellent historical reviews, valuable clinical experiences, selected didactic pearls, and, in its last 3 chapters, meaningful autobiographies of psychiatrists from different religious backgrounds sharing a common work that is full of essentially human ingredients: psychiatry. As the last paragraphs point out, this perspective assists patients of all religious persuasions and viewpoints, encouraging them and their psychiatrists to integrate faith with the rest of their lives. This book will also help psychiatrists and other mental health professionals “remain aware of (their) blind spots and needs for both God and science,” reaching, in turn, “a view of truth that is evidence-based, clinically relevant, and informed by the wisdom of Christianity and its fellow traditions.”

Dr Alarcón is Distinguished Emeritus Professor of Psychiatry at the Mayo Clinic School of Medicine in Rochester, Minnesota; Honorio Delgado Chair at Universidad Peruana Cayetano Heredia in Lima, Perú; and an Editorial Board Member of Psychiatric TimesTM.