Ancient religious texts from India explain the deep connections between human beings and their environment. 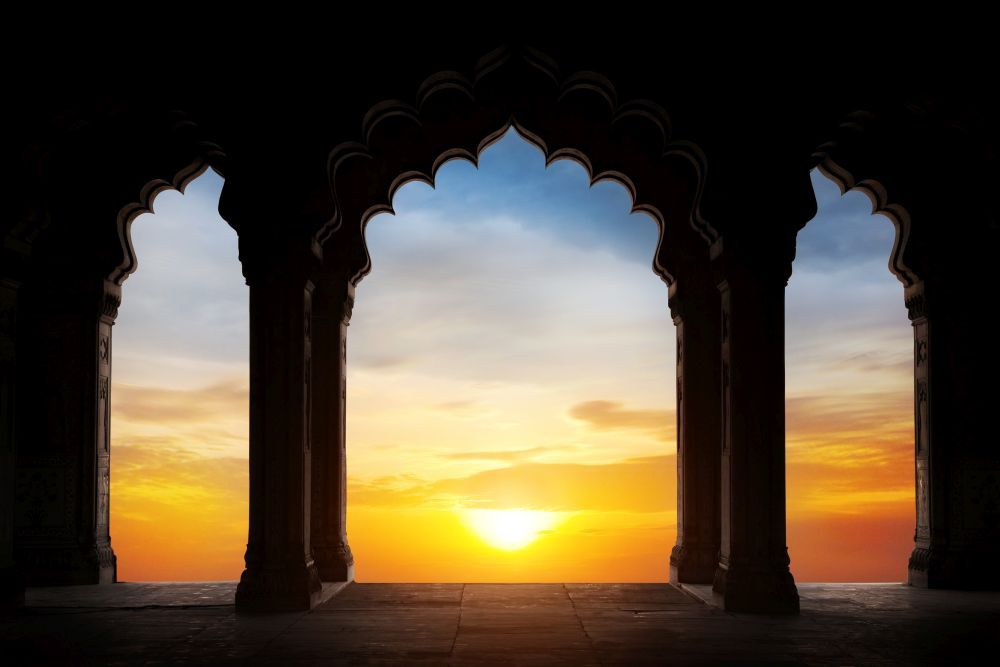 Nature is an integral part of religion. Religion serves as a bridge between humans and the environment by using rituals to mark the rhythm of the seasonal changes, to express gratitude for a bountiful harvest, and pray to keep away destructive natural forces. Many religions teach that humans are the caretakers of this planet earth. The beliefs about human-nature relationships, religious cosmologies, and climate change perceptions are a set of interrelated concepts, reinforced and shaped by one another. How might we approach climate change from the Hindu point of view?

It is critical to understand how various cultures function concerning nature. Hindu religion is a multifaceted faith with numerous perspectives on human-nature relationships.1 There is no central authority that prescribes and proscribes universally accepted human behavior to all Hindus. There is a description of unity in all diversity: “Vasudhaiva Kutumbakam,” meaning “the whole world is a family” in Sanskrit.

Hinduism teaches that the 5 significant elements (space, air, fire, water, and Earth) that constitute the environment are all derived from prakriti, the primal energy. Each of these elements has its own life and form; together, the elements are interconnected and interdependent. Hinduism recognizes that the human body is composed of and related to these 5 elements. Each element is connected to 1 of the 5 senses. The human nose is related to Earth, tongue to water, eyes to fire, skin to air, and ears to space. This bond between our senses and the elements is the foundation of our human relationship with the natural world. For Hinduism, nature and the environment are not outside us, not alien or hostile to us. They are an inseparable part of our existence, and they constitute our very bodies.

The Upanishads explain the interdependence of these elements in relation to brahman, the supreme reality, from which they arise: “From Brahman arises space, from space arises air, from air arises fire, from fire arises water, and from water arises earth.”

In Hinduism, the concept of dharma is considered to be a universal organizing principle that governs all reality. Thus, protecting the environment has been considered by some as Hindu dharma. Another central concept of Hinduism is karma, which holds that every action has consequences and that there is a causal relationship between one’s actions and one’s future fate, even in subsequent lifetimes. Thus, karma is also closely related to the concept of rebirth, or samsara. Both concepts further illustrate the Hindu conception of the human-nature relationship in 2 ways: 1) there is a continuity and an intimate relationship among all forms of beings on Earth, and so it is essential that no harm is done to any of them; and 2) one’s behavior toward the environment will have karmic consequences, which means one can accumulate good karma by actively protecting the environment.

Another Vedic text—the Atharva Veda—has mantras that remind Hindus of the need to behave respectfully toward Mother Earth by making sure that any personal activities do not hurt her vitals, body, or appearance. The Hindu Puranas are one such collection of Hindu myths and traditional lore. For example, some are related to the Ganges River, or Ma Ganga, which is depicted as a goddess who descended to Earth to save the world. The Ganges River is thus perceived to be a sacred place where believers can remove their sins by touching or consuming the water, and the river is an essential site for worshipping rites and rituals in India.1

In 2009, at the Parliament of the World’s Religions, a convocation of Hindu Spiritual Leaders adopted the inaugural Hindu Declaration on Climate Change, which failed to gain full support from the members. This declaration was later reintroduced at the Paris Climate Conference in 2015, when it won the support from various Hindu organizations and activists worldwide. Within the Declaration, Hindu leaders made specific references to teachings from religious texts to highlight how Hindus have an inherent duty to protect the environment.1

Bhumi. Bhumi was established in 2009 by the Oxford Centre for Hindu Studies. The UK-based Bhumi Project recognizes that Hindu communities can become an important voice in addressing climate change, through the “unique contributions Hindu teachings can make.”2 One of their global initiatives includes the Green Temples Guide, an effort to make Hindu pilgrimage sites and worshipping practices around the world more environmentally sustainable.1

The Chipko movement. Local Hindu communities in India do not engage in environmentally friendly practices as part of a wider contemporary environmental movement; rather, their own practices have inherent environmental significance, as guided by their religious tradition to express dharma. One such example is the famous Chipko movement, which first started as a local response against a deforestation project. The strategy was eventually adopted in various other locations, where villagers would hug the trees as a form of protest, risking their lives in front of contractors.1

Swadhyaya. In his research, Pankaj Jain quotes a Swadhyayi who is skeptical about the academic focus on ecological characteristics underlying their cultural practices, because such practices were never about environmental sustainability, and should instead be viewed as an expression of their devotion to the divine.1

I would like to share a personal experience: when Hurricane Sandy ravaged the North Eastern United States on October 29, 2012, it inflicted massive damage to my life and property. Nothing could stop an 8-foot wave of ocean water from flooding my basement filled with memorabilia, a library, and a collection of music gathered over 35 years. In addition, 3 automobiles had to be condemned. By the time the event was over, there was nothing left, and I had to start afresh once again after living in the US for 32 years. This was a tragedy that brought me and my family face to face with death.

These experiences, more common these days, warn us to start paying serious attention to preserve and protect the environment. Only meditation helped me to survive.3

To see more on Earth & Psychiatry, please see The Power and Potential of Earth Week and Psychiatry.

1. Tay P. Can religion teach us to protect our environment? Analyzing the case of Hinduism. Ethics & International Affairs. April 2019. https://www.ethicsandinternationalaffairs.org/2019/can-religion-teach-us-to-protect-our-environment-analyzing-the-case-of-hinduism/

4. Rao NR. The influence of culture on learning of psychiatry: the case of Asian-Indian international medical graduates. International Journal of Applied Psychoanalytic Studies. 2007;4(2):128-143.