Hinckley Haunts the House of Psychiatry

The public has questioned the wisdom of a judge to release a psychiatric inpatient, but not just any patient. Enter our metaphoric haunted house at your own risk. 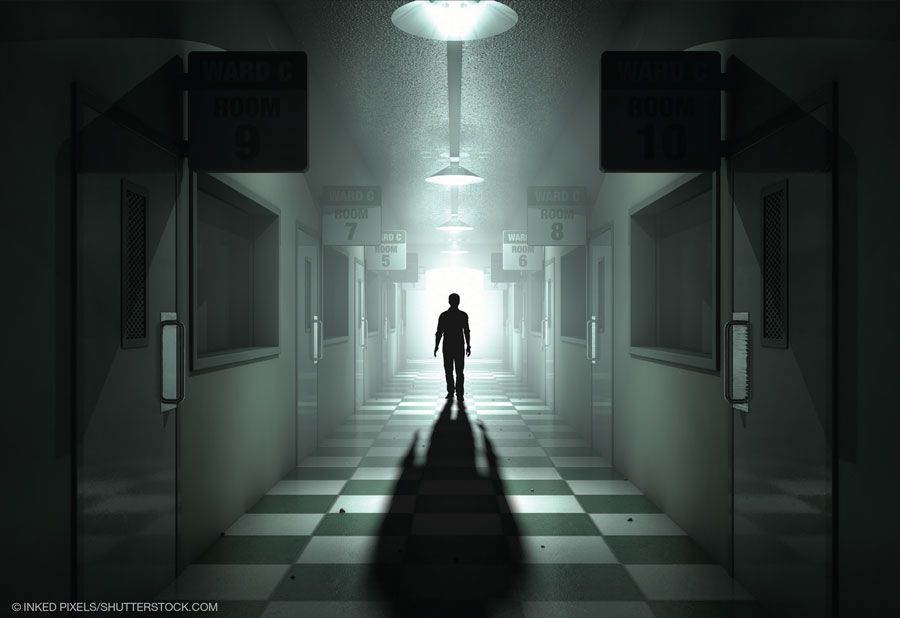 With the publication of O’Reilly’s Killing Reagan, we were reminded of John Hinckley’s attempt to assassinate President Ronald Reagan in 1981. No one died but tragically, Press Secretary James Brady was paralyzed. In 2014, Secretary Brady died of apparent complications from the injuries, and his death was ruled a homicide.1

In 1981, Mr. Hinckley was found not guilty by reason of insanity. After 35 years at St Elizabeth’s Hospital in Washington, DC, Mr. Hinckley is now a free man. After ruling that Hinckley is to longer a threat to himself or others, a federal judge made the controversial decision to release him.2 The history of the case is full of psychiatric challenges.

Psychiatric confidentiality is ethically sacrosanct. In the case of Mr. Hinckley, various bits of information have been released to the public over the years. And we know that in the past few years Hinckley had been allowed to visit his mother for longer and longer periods.

There is little question that the Hinckley verdict changed the use of the insanity defense. After a public outcry against the decision in 1981, the Federal government and most states raised the standards of proof required for the legal definition. Several states abolished the defense completely, a stance recommended by the American Medical Association. The role of the psychiatric expert witness in the Hinckley trial was also criticized. We are left with an overlap between criminal behavior and psychiatric illness. Some psychiatrists have recommended a different classification for assailants who, like Mr. Hinckley, “pathologically obsess” about and stalk presidential figures.3

How we can know for sure what someone is thinking at the time of a violent act, especially when the vagaries of memory come into play? Significant trauma associated with violence can alter memory.

There is a certain amount of mistrust of psychiatric medications-especially antidepressants, which some critics suggest can cause people to be more prone to violence.4 This has also been used as a legal defense in the courts-sometimes successfully. In Mr. Hinckley’s case, we have public court records and commentary. Although the information is spotty because of confidentiality, it appears that Mr. Hinckley received psychiatric treatment even before the shootings. Treatment apparently included antidepressants, which must have been with the older tricyclics available at that time.

How do we assess a patient for potential violence? It is often assumed that violence could have been prevented. We know that effective treatment reduces the risk of violence, but clinically speaking, we cannot always foresee whether a patient is likely to be homicidal or suicidal. When a patient commits a violent act, we are haunted by the thought that our skill in high-stakes risk assessments should have thwarted a tragedy.

Since 1981, for-profit managed care has emerged as part of the plan to reduce questionable durations of stay in for-profit private hospitals, as well as residential facilities for substance use disorders.5 The result has been the demise of psychiatric hospitals-even beyond the deinstitutionalization that closed public state hospitals-along with drastically shorter stays in the institutions that still exist. Contrast that with how long Mr. Hinckley was hospitalized at St Elizabeth’s. Compare the average stay of three and a half days for the average inpatient with his 35 years! For the average patient, time in a psychiatric hospital is unlikely ever to get close to 35 years.

Like tough clinical decisions, the wisdom of the judge’s release of Mr. Hinckley will become more apparent over time. One of the conditions of Hinckley’s release is continued treatment. Perhaps a better understanding of the Hinckley case will help us to deal more effectively with violence, psychiatric illness, and risk. Struggling with our own uncertainties is almost always scary, but coming out into the light of the day may help us gain insight into psychiatric complexities.

Four years ago, I retired from clinical and administrative work to be with my wife of 48 years, Rusti. Being with Rusti was the essence of my personal life and inspiration for my professional life. As the burn-out rate of the professional lives of psychiatrists becomes an epidemic, having a happy personal life is more and more essential for our well-being.

The closeness of our relationship is reflected in the name we adopted at our 25th anniversary, Rustevie, a combination of our first names, Rusti and Stevie. Over her own career, Rusti has been a learning disability teacher and a fashion designer.

Since retirement, we have traveled the world. Such cross-cultural experiences have paralleled one of my professional foci-cultural psychiatry-as well as how values, morality, and ethics can vary in different societies. Among these learning experiences have been South Africa, South America, Southeast Asia, the Galapagos Islands, Easter Island, Israel, Morocco, Panama, and Costa Rica. Most recently, we searched for my family roots in Serbia and Romania. Next up is the country that has long emphasized Gross National Happiness, Bhutan. How can a psychiatrist pass up the opportunity to further understand how we can find happiness?

Over all these 48 years, we have also attended uncountable cultural events. That is why we are co-chairs of our Jewish Community Center’s Tapestry, the Arts & Ideas Programs.

Yet, our most important focus has been on our children, and now their children. Both have been devoted to service and education, Stacia Goldstein for career counseling and Evan Moffic as a Rabbi. We are confident that our personal and professional legacies are in good hands. What more can you hope for in life?

This article was originally posted on 9/26/2016 and has since been updated.

To our readers: As per our policy, we ask that comments be accompanied by your names and professional titles. -The Editors