A Landmark Report on Addiction by Our Nation’s Doctor

Vivek Murthy, MD presented for the first time a report by a Surgeon General focused solely on addiction and its consequences. 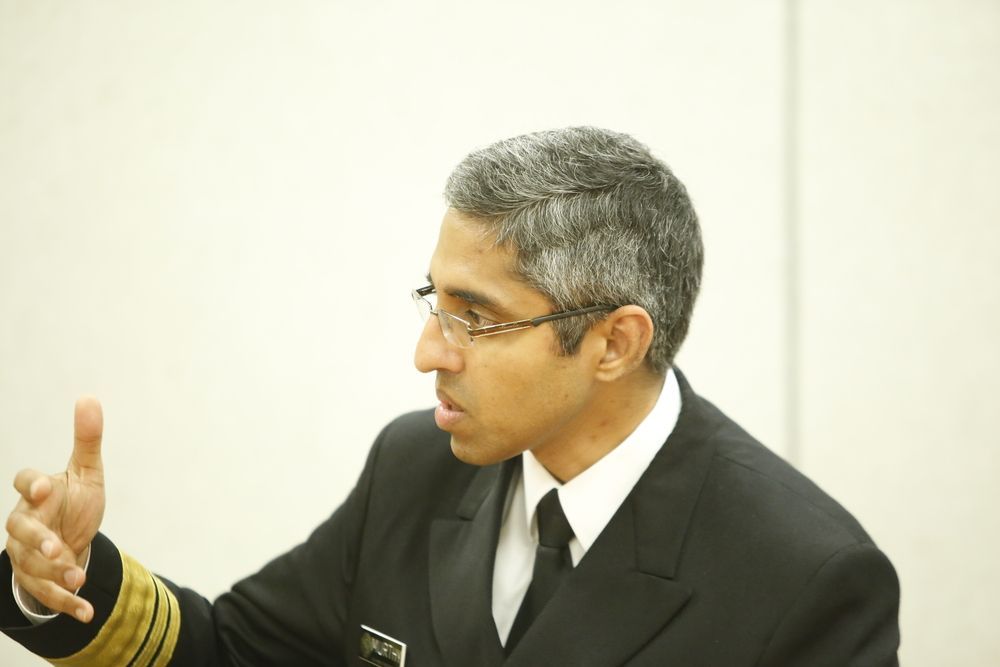 In a landmark report, Facing Addiction in America: The Surgeon General’s Report on Alcohol, Drugs, and Health (“Report”),1 Vivek Murthy, MD presented for the first time a report by a Surgeon General focused solely on addiction and its consequences. Widely anticipated among members of the substance abuse treatment community, advocates within the recovery movement, and communities and families adversely impacted by alcohol and drugs, Surgeon General Murthy provides a comprehensive review of the neuroscience of addiction. He also summarizes the public health impact of substance use in the US and proposes key recommendations for public mental health policy.

The key findings of the report are discussed in this article, as well as current social norms of alcohol and drug use within the general public and approaches to treatment psychiatrists need to know. Among the recommendations of significance to clinical psychiatrists include:

3) adopting a public health approach to substance use and SUDs. Much like previous reports, the potential impact is substantial.

The 1964 Surgeon General’s report Smoking and Health: Report of the Advisory Committee of the Surgeon General of the Public Health Service led to changes that revolutionized the views our society has on smoking. Smoking is no longer glamorized in films and television, no longer accepted as a widespread public activity, discouraged among healthcare providers and health facilities, and largely recognized as a substance with significant adverse personal and public health consequences. The history of this shift in public opinion and public policy is well documented.2

Similarly, Mental Health: A Report of the Surgeon General, and the supplemental mental health report on culture, race, and ethnicity in 1999 and 2001 respectively, sparked and continues to fuel discourse and attention to previously neglected public health impacts of unaddressed mental health conditions.3,4

For the past several years, I have been privileged to work under the senior leadership of Dr. David Satcher, the 16th Surgeon General and author of the aforementioned reports on mental health. As Director of the Division of Behavioral Health at the Satcher Health Leadership Institute at Morehouse School of Medicine, I have also worked in close collaboration with the Kennedy Forum. The Kennedy Forum was founded by former Congressman Patrick J. Kennedy in 2013 and has been a leading voice to ensure implementation of the Mental Health Parity and Addiction Equity Act of 2008. Our partnership has worked collectively with diverse stakeholder groups to advance collaborative care and measurement-based care, and convened a State of the Union on Mental Health and Addiction to bring together key influencers to focus national attention on mental health issues that continue to exact a devastating toll in our families, communities, workplaces, and society.5-7

In 2015, nearly a quarter of the adult and adolescent population reported binge drinking in the past month, and the negative economic impact of alcohol misuse is an estimated $249 billion dollars annually.1 The November 2016 Report highlights the immediate direct individual impacts, and it also describes the indirect consequences as well as longer term health and societal impacts of misuse and abuse of alcohol and drugs.

Binge episodes have the potential for producing harm to the user and/ or to those around them, through increases in motor vehicle crashes, violence, and alcohol-poisonings and account for 75% of the costs associated with alcohol use (See Report pages 1-12 for a summary of the cost and impact of substance misuse including binge drinking). Social norms in contexts where alcohol consumption has been shown to influence behavior provide compelling evidence to the dangers of binge drinking. Cullum and colleagues8 call into question accepted social norms in our lives. If you attend a conference dinner, wedding, or fundraiser, have 2 cocktails during the mixer hour, wine with dinner that you allow to be refilled (once for a woman or twice for a man)-you have just completed an episode of binge drinking. How many of us would honestly view this as excessive in the social contexts described?

Despite the enormous deleterious societal impact, a disparity in attention given to this cancer-sized problem, fueled by the persistence of “moral failing,” causal attributions have undermined efforts to implement population-wide cost-effective preventive strategies. The current timing of the Report within a focusing moment created by an escalating opiate addiction epidemic creates an opportunity for public and individual collective action. Much like the previous reports, this one has the potential to catalyze a movement to align efforts and transform public perceptions and behaviors related to addiction.

For psychiatrists in office-based clinic settings, it is important to stay informed about likely changes in public health policy such as mandatory provider use of prescription drug monitoring programs within your state, and the impacts of recently passed mental health reforms such as the 21st Century Cures Act, the Medicare Access and CHIP Reauthorization Act of 2015, and the Mental Health Reform Act of 2016. In addition, there is an opportunity to reflect on the role of psychiatrists in response to the report’s findings as a professional, citizen, and person of influence within society.

More on Implications for Psychiatry >

The Report may serve as reminder to medical professionals of the social contract with the society which we serve. In most cases, if you are concerned about a colleague (but not imminently concerned about their ability to practice) the first step would be share your concerns with the person directly with an approach grounded in personal care and concern. Use of Motivational Interviewing skills such as open-ended questions and affirmations may be helpful. It is also important to be aware of any mandatory reporting requirements for physician impairment by referring to your State Medical Board.9 Additionally, every state but California, Wisconsin, and Nebraska has a Physician Health Program (PHP) to help physicians with issues that may impair their ability to practice safely including risky alcohol use. These programs provide oversight and make referrals to appropriate services and have very high success rates.10

As a psychiatrist, I am also aware of the impact of my words and behaviors on public opinion within my sphere of influence. Whether it is considering the impact of comments I make in a clinical encounter, views shared at community events designed to reduce the shame and stigma of mental health help seeking, my research efforts to develop culturally-centered care models that make it easier for people to access and accept needed care, or interpersonal relationships that shift when my profession is disclosed; words matter and the comments of a psychiatrist can be particularly impactful.

I recently attended the Kennedy Forum Illinois Young Minds Summit. Among many distinguished speakers, 20/20 Anchor Elizabeth Vargas shared her experiences with severe anxiety and alcohol misuse. During the event, I had a conversation with a colleague who half-jokingly questioned aloud whether they were drinking excessively after hearing her testimony. I commented that many people would likely meet criteria for excessive drinking at one point in their lives based on scientific standards.

Yet being in a recovery environment and/or having a close encounter with severe alcoholism is a powerful perspective changer. For example, a careful observer of Patrick Kennedy’s leadership team and close collaborators would note that the social norms around alcohol use in his presence are altered. It is not uncommon to see individuals who are typically “social drinkers” abstain or limit their use out of consideration for others, and Mr. Kennedy has been a vocal advocate for eliminating the shame of addiction starting with his own, as detailed in his 2015 memoir, A Common Struggle.11 It is unlikely that alcohol-free social gatherings will become the norm as a result of this or other reports, but a societal transformation leading to a future where a significantly lower accepted “social” use of alcohol exists is possible if we seriously consider these findings and recommendations.

The Surgeon General’s report elevates awareness of the public health impact of widely accepted social behaviors around alcohol. As psychiatrists, we are already aware of the reality that many of our patients underreport their level of alcohol use. In fact, one recent study found that respondants that engaged in heavy episodic drinking less frequently were more likely to underestimate their use compared with those who drank more regularly.12 In addition, there is compelling evidence that within our professional discipline, excessive alcohol use is common and minimized.13 So, while much of the focus has been on individuals with alcohol use disorders and functional impairment, it is important to recognize the risk of individuals who are not aware of their own risk, including ourselves and our peers.

Viewed in the context of other public health problems, it is surprising that social norms around alcohol use have not changed to promote the equivalent of “herd immunity” for populations at risk for death and disability related to misuse of alcohol. Instead, we place most of the burden on impacted individuals to “make good choices” instead of creating a social environment where their default decisions (and ours) would be good.

As a field, psychiatry should reflect on the underlying reasons for addiction and work harder to provide medical leadership needed to turn the tide on addiction. Psychiatrists should read the report, share a link to it on social media, consider writing an op-ed to a local newspaper or hosting a community talk-back about the report. Implementing some of the preventive recommendations may become difficult given upcoming challenges to health care reform, but if you consider yourself a social drinker, you can apply the findings the next time you’re out to dinner and become more mindful after that second drink. This will ultimately help our patients.

Dr. Wrenn is Associate Professor in the Department of Psychiatry and Behavioral Sciences at Morehouse School of Medicine in Atlanta. She is Director of Behavioral Health at the Satcher Health Leadership Institute and the Satcher Kennedy Center for Mental Health Equity. She is a practicing psychiatrist at the Women’s Center of Excellence for Specialty Care Education at the Atlanta VA Medical Center and provider within Grady Health System. Dr. Wrenn reports no conflicts of interest concerning the subject matter of this article.

11. Kennedy PJ, Fried S. A Common Struggle: A Personal Journey through the past and Future of Mental Illness and Addiction. New York: Blue Rider; 2015.