The protections of Roe v. Wade may be coming to an end. What will this mean for mental health? 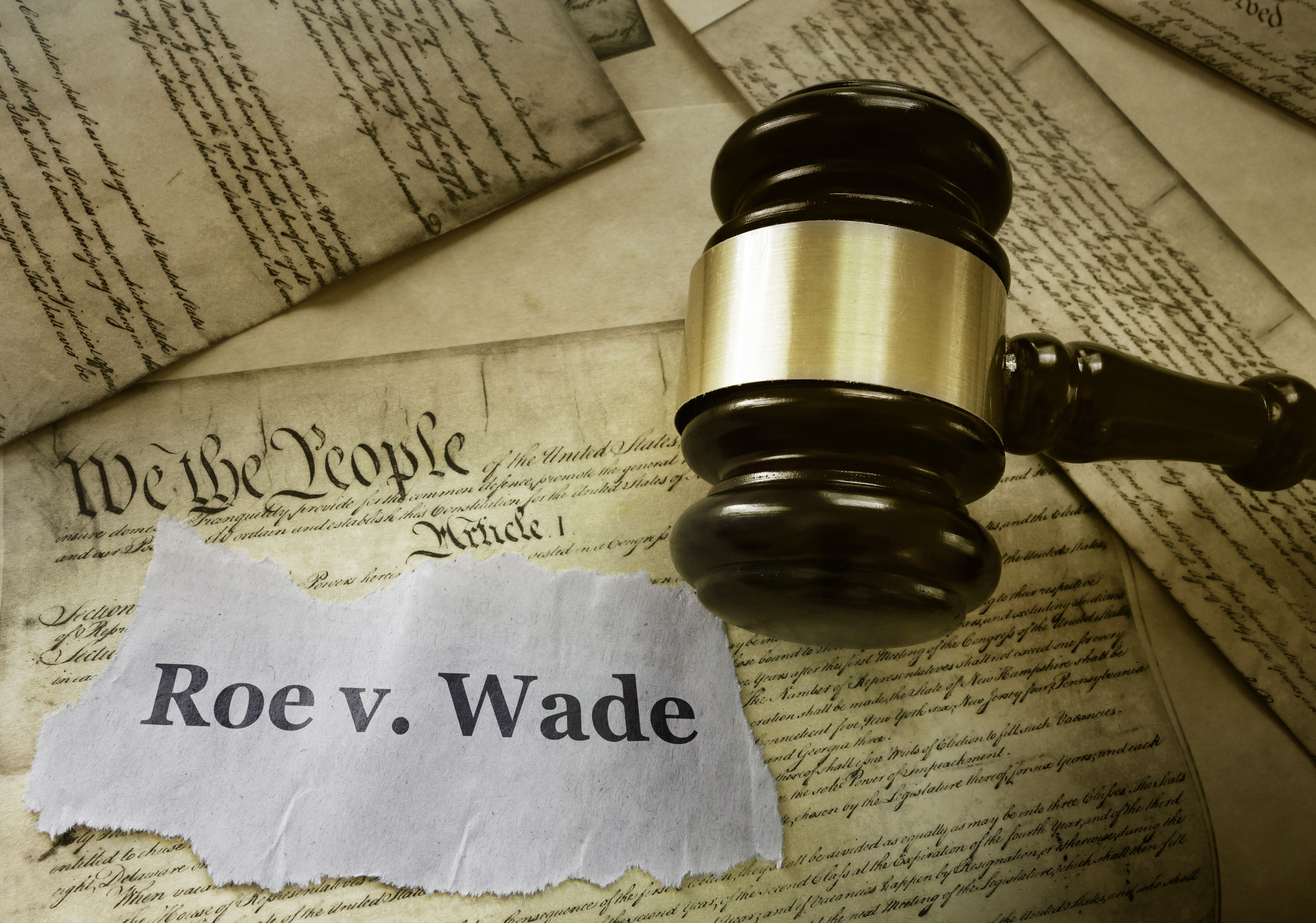 Leakage of a draft opinion of the majority in the case of Dobbs v. Jackson Women’s Health Organization has resulted in a consensus that the US Supreme Court will likely reverse the decision of Roe v. Wade, and undo its protections for women and their health care providers to determine the best course of care.1 In my opinion, physicians, including psychiatrists, have a duty to advocate for patients who we counsel and treat based upon the best medical evidence. Roe has been settled law assuring women access to a standard medical procedure for almost 5 decades—or so we thought.

A conservative majority on our nation’s highest court is now poised to outlaw a medical procedure used by many American women every year. What follows in this article is one physician’s description of the probable consequences for American women should Roe be overturned. I leave it to legal scholars and the editorial boards of major newspapers to critique the quality, or lack thereof, with respect to inconsistency and selective reasoning evidenced in the court’s draft decision as written by Justice Samuel Alito.2

The Right to Choose

I began my training at Northwestern University Medical School in 1974, the year following the Roe decision. Construction of a state-of-the-art women’s hospital began in 1972 with the opening of Prentice Women’s Hospital on that Chicago campus in 1975. The hospital was designed with an entire floor dedicated to cases of sepsis. You might ask how large numbers of adult females might have infections in their circulatory system. The answer is quite simple: illegal abortions. While pneumonia, autoimmune disease, and renal calculi (kidney stones) are common causes of sepsis, abortion is no longer a leading cause in the post-Roe era. As a result of the constitutional right to this gynecologic procedure, an entire floor of a major hospital became obsolete before it even opened. That portion of the hospital went vacant until it was reconfigured, at least in part, as a fertility clinic. From this physician’s perspective, the result of eliminating safe, legal abortion for many will be a surge of infectious disease, hospitalizations, chronic pain, infertility, and deaths in women of reproductive age.

According to the Guttmacher Institute, an abortion rights advocacy group, although American women across all races undergo abortion services, 49% live below the federal poverty level, and 60% are in their 20s.3 If states ban abortion, it will have the greatest impact upon poor and working-class young adults, as they are least likely to be able to afford travel expenses for an out-of-state procedure. Aside from increased financial costs and inconvenience, I contend outlawing abortion will have many other adverse repercussions for our patients.

According to the Associated Press, at least 26 states are expected to outlaw abortion, if Roe is overturned, some by “trigger” laws in place.4 Although there will be states like California that enact laws to protect abortion rights, there will be others where access to abortion will be more restricted or even banned once there is a fetal heartbeat, as in Texas currently. That has consequences for addressing mental and medical care for our patients.

We can also expect to see health care matters become a subject for criminal prosecution. Recently, a 26-year-old woman who miscarried though reported having induced an abortion was charged with murder by Texas authorities. The charges were later dropped as federal law under Roe supersedes state law.5 Will health care providers be required in some jurisdictions to report suspected or confirmed cases of abortion where it is illegal? Will physicians and those who assist in performing abortions be at risk of prosecution? Another ramification of the high court’s pending decision will be to reduce the number of physicians and nurses with proper training to safely and competently perform surgical abortions. Some schools of medicine and nursing will no longer be allowed to have abortion procedures be a component of the curriculum under post-Roe state law.

Many Americans are unaware that “medication abortion” has been the primary means of abortion in the US during the COVID-19 pandemic.The United States Food and Drug Administration no longer requires an in-person doctor’s visit to prescribe this effective and safe pharmaceutical agent.6 Plan C is a 2-drug abortifacient comprised of mifepristone (Korlym, Mifeprex) that blocks progesterone and misoprostol (Cytotec) that induces uterine cramping and bleeding. Plan C is readily available through reputable online sources. While considered safe to use through the first 11 weeks of a pregnancy, medical consultation is advised if symptoms such as heavy bleeding, high fever, or severe pain occur.7

Although Plan C may become prohibited in states that ban abortion, history shows us that this will not stop women from using it. I witnessed the need for illegal abortions pre-Roe, as evidenced by a planned sepsis ward. It is highly likely that women in a post-Roe era will terminate unwanted pregnancies despite the increased risk to their health or of resultant criminal charges. The reality is that abortion has taken place throughout history. The religious, moral, or political reasons to restrict or ban abortion will not eliminate it. Do we really want hospitals in Chicago, New York, Dallas, Miami, Phoenix, and many other major cities to have sepsis wards?

Although clinicians should support family planning and appropriate birth control, psychiatrists are acutely aware that mistakes happen and much of life is unplanned. Thus, there will remain a demand for abortion after access to the procedure or pharmacotherapy is restricted in parts of America.

Overturning Roe is likely to be a monumental development that will impact the lives of our patients. Along with the aforementioned resultant infections, hemorrhages, and deaths, there will be an increase in the incidence of reactive depression and debilitating anxiety disorders among women of childbearing age. As a result of studies of psychosocial stressors by researchers such as the psychiatrists Holmes and Rahe, it is well accepted that such stressors can contribute to health problems.8 Psychological distress and depressive symptoms correlate with acute and chronic psychosocial stressors.9 Women who terminate a pregnancy in a post-Roe era could be expected to experience complications like infection and bleeding, hospitalization, financial problems, changes in sleep or eating, and legal charges. These are just some of the likely stressors that put women who choose to end a pregnancy in jurisdictions outlawing abortion at increased risk for a clinical depression and/or an anxiety disorder (psychological distress). Because this is a medical issue, I hope that other doctors become advocates for access to abortion as an appropriate and necessary medical procedure.

The opinions expressed are those of the author and do not necessarily reflect the opinions of Psychiatric Times™.

Dr Larsen is director of the Center for Occupational Psychiatry and a retired clinical professor at the UCSF School of Medicine. For more information about Wounded Workers: Tales From the Working Man’s Shrink, go to: https://WorkingMansShrink.com.

2. Editorial Board. Editorial: Alioto’s draft ruling is so self-contradictory that it calls court’s judgment into question. St. Louis Post-Dispatch. May 5, 2022. Accessed May 9, 2022. https://www.stltoday.com/opinion/editorial/editorial-alitos-draft-ruling-is-so-self-contradictory-that-it-calls-courts-judgment-into-question/article_73f7ab1a-6078-59d2-a0a8-ecb18800ecf2.html?msclkid=a160a1aaced611ecade257e7f4e7bbe3

4. Beam A. California leaders commit to putting amendment in state constitution to protect abortion. Associated Press. May 3, 2022. Accessed May 9, 2022. https://apnews.com/article/california-reproductive-rights-state-governments-fcfe3d2b24fe6fe502d01d72a891f1c6