Maybe We Can: The Psychological Challenges of Our Current Election Cycle

Four years ago, the winning presidential slogan went: “Yes, we can. Yes, we can.” We haven’t heard that slogan this time around. Maybe we’ve come back down from this idealism to a more sobering reality. 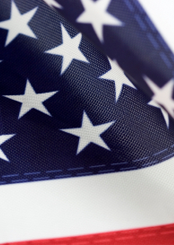 Four years ago, the winning presidential slogan went: “Yes, we can. Yes, we can.” We haven’t heard that slogan this time around. Maybe we’ve come back down from this idealism to a more sobering reality.
We’ve heard over and over: Wouldn’t it have been enough if
• we only had such high rates of unemployment;
• such high rates of underemployment;
• precarious jobs;
• a stock market still down from 2001;
• inadequate retirement savings;
• a housing crisis;
• threats to the longevity of Medicare;
• almost 50 million uninsured for healthcare;
• a deterioration of our country’s infrastructure;
• growing numbers of wounded warriors;
• a volatile Middle East;
• political gridlock;
• internet incivility;
• climate instability;
• holes in our safety nets
And these facts-to which more could be added-may not tell the whole story.

The emotional toll, as always, is much harder to measure. Sure, there is some sense that our suicide rate is up, as it most certainly is in Greece, and that mass homicides are up. Many of these seem to be untreated cases of mental turmoil. In addition, the extent of the increase in everyday anxiety and depression is unclear. This may be the anxiety and depression that in intensity is somewhere between that of everyday normal life and psychiatric disorder.

Abraham Maslow’s hierarchy of psychological needs provides another way to look at this situation. In the 5 tiers of his pyramid-physiological, safety, love/belonging, self-esteem, and self-actualization, from bottom to top-the second tier seems most effected by our current insecurities and uncertainties. The stress on a sense of safety-including employment, health, and property-will then be more likely to adversely affect intimate relationships, self-esteem, and the possibility of self-actualization.

Not long ago, before I was to speak on a panel about the spiritual, political, and psychological aspects of this election cycle, I got one of those automatic calls from the Republican National Committee. The message said that the middle class has been devastated over the last 4 years. It concluded with, “send in your absentee ballot.” About a week later, whatever his intention, Vice-President Biden proclaimed that the middle class has “been buried the last four years.” Highlighting this problem seems right on the mark to me.

Those going down from the middle and lower-middle class may be much harder to reach. The safety net of resources are under their own economic stress, so if insurance is lost after a job is lost, not much may be available in the public sector. New census reports indicate that people are going to doctors less frequently over the last decade. Only about 25% of the uninsured went to a doctor in 2010, compared with almost 75% of the general working adult population.

Moreover, for those most hurt, the shame of falling behind may inhibit them from ever asking for help. Couple that with the duration of this recession and it can easily lead to apathy. It’s as if this has become the new normal. Inevitably, in such situations, children tend to get hurt the most. More fatherless families, increased family trauma, and poor nutrition make being able to attend to learning almost impossible for many.

In a most macabre substitution, the night of the first Presidential debate, we had tickets to see Stephen Sondheim’s musical, Assassins. This play covers many of the attempted assassinations of our Presidents over time. Many of the assassins seemed to have untreated mental illness and a disillusionment with the American dream. It gave me chills.

Surely, our special skills and knowledge can help somewhat. We can teach the usefulness of positive reframing, resilience skills, and how to achieve posttraumatic growth. However, as our ethical principles state, we also need to advocate for the well-being of society. We need to speak out about what we’ve seen, and what we are worried about, at work and in our communities.

I know that I will likely vote for whoever can reverse these trends. I thought I knew who that was 4 years ago. There is about a month to go before this election, but I just can’t tell who it will be this time around. So I have yet to send in my absentee ballot. Can anyone out there tell us who that is? If you can, let us know, and let us know why.