New research over the past decade has suggested that links between media violence and child aggression are less clear than previously thought. How has our understanding of media violence effects changed? 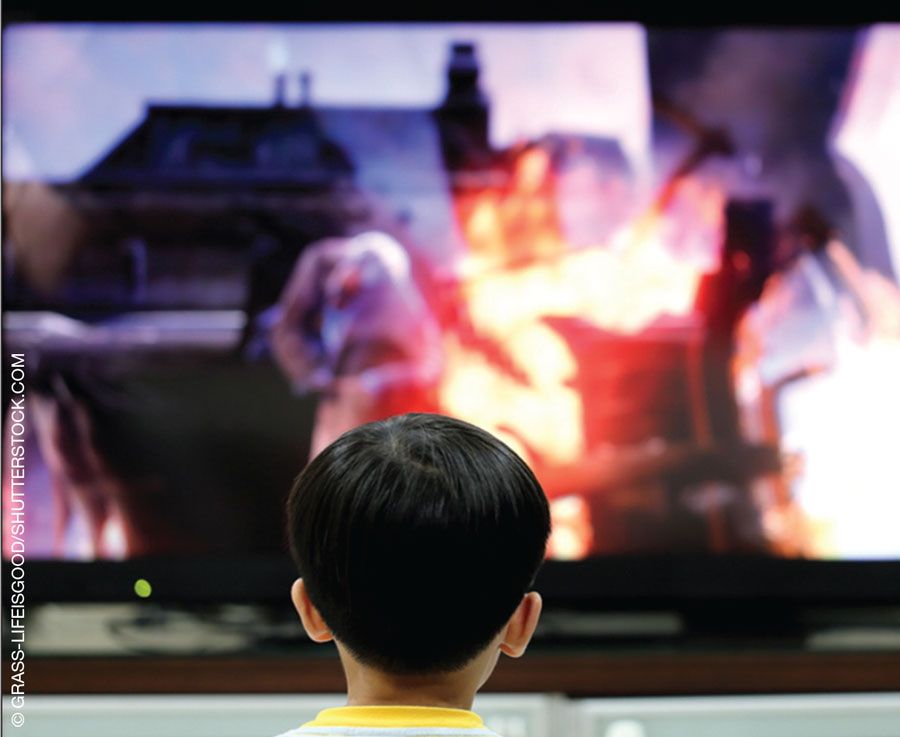 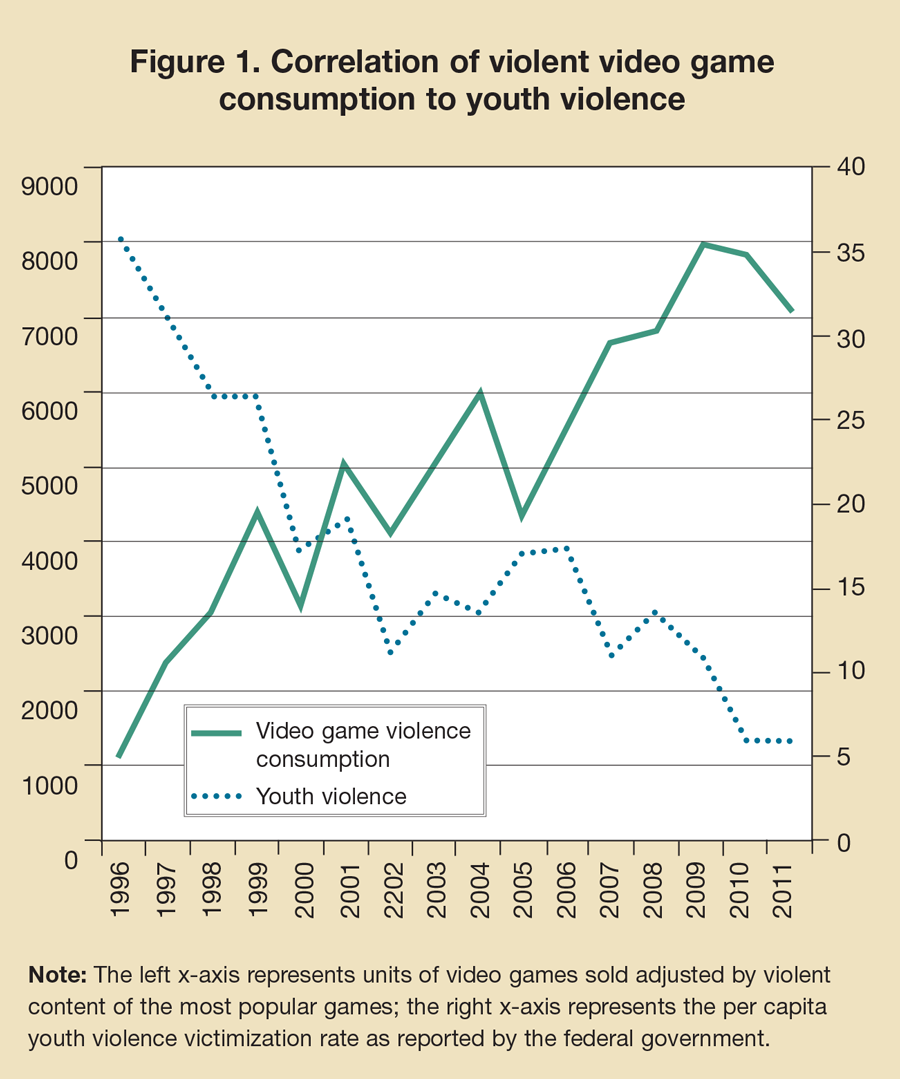 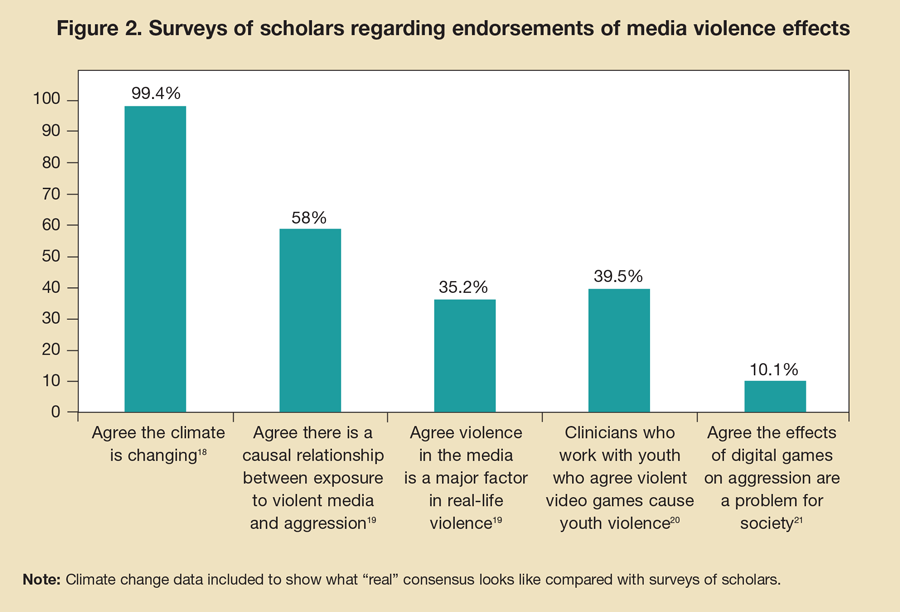 For many years, scholars and professional organizations such as the American Academy of Pediatrics (AAP) and the American Psychological Association (APA) held, as an article of faith, that media violence causes aggression in children-although the general public largely spurned this idea. Claims were made at various times that of 3500 studies of media violence, only 18 did not find effects; that 10% to 30% of societal violence was caused specifically by media violence; and that the effects of media violence on aggression were comparable to those of smoking on lung cancer.1-3

New research over the past decade has suggested that links between media violence and child aggression are less clear than previously thought. How has our understanding of media violence effects changed?

The notion that children will model what they see in media and become more aggressive if they watch a lot of violent media has intuitive, simplistic appeal. This “hypodermic needle” model of media effects-so called because of the assumption that behaviors are essentially injected into hapless consumers-has been the default theoretical model of media effects for decades. This model also happens to fit well with moral advocacy efforts geared at opposing offensive aspects of media (eg, sex, violence, rebelliousness). However, this approach also depends on some basic assumptions that are problematic. These include assumptions that imitation of behavior is automatic, universal, and purposeless; that aggression is primarily learned (as opposed to innate factors combined with stress); that viewers are passive rather than active selectors and processers of media; and that fictional media is processed by the brain in a similar manner to real-life events.

By contrast, new theoretical models such as Self Determination Theory and Mood Management Theory suggest that viewers actively select media to meet their motivational or mood goals. Neither the selection of media, nor outcome behaviors are driven primarily by media content but rather by a user’s goals and motivations. From such models, we would expect to see that different users respond differently to particular forms of media. Thus, a violent video game might increase frustration in one player who does not enjoy the game, but legitimately relax another after a stressful day. And a non-violent video game could do the same. Indeed, this notion that the “fit” between media and individuals in pursuit of motivational goals is more important than objectionable conforms to more recent research.4

In realizing how our understanding of media effects is changing, it is important to place these transitions in light of the larger replication crisis in psychological science-many of the ideas once thought to be true are now proving difficult to replicate. This has been particularly true for an area of research called social priming that implies that humans automatically and unconsciously alter their behavior based on environmental cues. Once considered absolutely factual, more recent research reveals that older studies of social priming are difficult to replicate.5 Social priming is conceptually similar to the hypodermic needle approach to understanding media effects.

Analysis of past research has identified several clear problems that led to spurious results. One was publication bias, the tendency for academic fields to publish only research that supports effects, and to suppress null studies. Recent analyses have suggested, for instance, that the results of violent video game experiments are largely the product of publication bias.6,7

Another common problem is the use of unstandardized outcome measures. Standardization is a base value of scientific measurement, but findings suggest that standardization was absent in many tests of media effects.8 This can lead to what is sometimes called the garden of forking paths, in which researchers may (even unconsciously, in good faith) select outcomes that best fit their hypotheses and ignore those that don’t.

Science is inevitably self-correcting even if it takes time. Better methods are used, skeptics reexamine old beliefs, and new data comes to light-either reinforcing previous theories or rejecting them. We are entering an era of media effects research in which older theories of direct effects are beginning to crumble.

We are entering an era of media effects research in which older theories of direct effects are beginning to crumble.

One innovation, borrowed from medical science, is to use preregistered studies. Preregistering methods and analyses before data collection limits the possibility of questionable researcher practices (taking advantage of unstandardized measures, garden of forking paths, etc) that can lead to spurious outcomes. Several preregistered studies of media effects have been done and, as occurred with social priming, the results have not supported previous theories.12,13

Other studies have examined for the potential of “vulnerable” populations of youth who may be particularly susceptible to media violence effects. Some of these studies have used either better standardized outcome measures and/or open science designs. Generally, no evidence was found for vulnerability to violent media effects, in connection with prior autism spectrum disorders or mental health symptoms such as depression or ADHD.11,14

Other studies have examined the impact of violent media in society, looking at issues such as youth violence or homicide rates. Findings from studies that looked at the immediate effects of popular violent movies or video games indicate that popular violent media are associated with declines in societal violence.15,16 This is usually explained as a facet of Routine Activities Theory-essentially that giving youth something non-criminal to do distracts them from the circumstances that lead to crime. It also essentially invokes the “if it ain’t broke, don’t fix it” principle; restrictions on violent media could actually have unforeseen, negative consequences. The inverse correlation between violent video game consumption and youth violence is presented in Figure 1.

Is there a consensus?

A frequent claim made by advocates of media regulation/censorship is that a scholarly consensus exists that the effects of violent media are harmful. However, several surveys of scholars have revealed this claim to be false. In fact, particularly for issues related to youth violence or assaults, only a minority of scholars who study media believe that media violence contributes to violence in society. Endorsements are higher for the vaguer concept of “aggression” (particularly when left undefined), but scholars may be considering the mild tasks used in laboratory experiments, not aggression in real life. Figure 2 contrasts the results from several surveys of scholars with those of a survey on climate change. As can be seen, claims for a consensus among scholars on media violence effects are erroneous.

In 2011, the US Supreme Court in the Brown v EMA decision examined the research on violent video games and aggression. The court declared, “These studies have been rejected by every court to consider them, and with good reason. . . .”17 The court went on to echo the concerns that many scholars have also voiced. In 2013, a group of 238 scholars asked the APA to retire its various policy statements on media violence, because of the mismatch between these statements and the available, often conflicting data. The era in which clinicians and scholars could confidently tell parents that media violence is harmful is now past.

Consistent with newer theories of media effects, individual experiences may vary considerably. It is less that media have no effect, and more that effects are idiosyncratic and user driven rather than content driven. As such, rather than a one-size-fits-all recommendation for media, clinicians may wish to tailor their recommendations to the needs of individual patients or families.

Dr. Ferguson is Professor of Psychology, Stetson University, DeLand, FL. He reports no conflicts of interest concerning the subject matter of this article.

10. Ferguson C. Violent video games and the Supreme Court: lessons for the scientific community in the wake of Brown v Entertainment Merchants Association. Am Psychol. 2013;68:57-74. 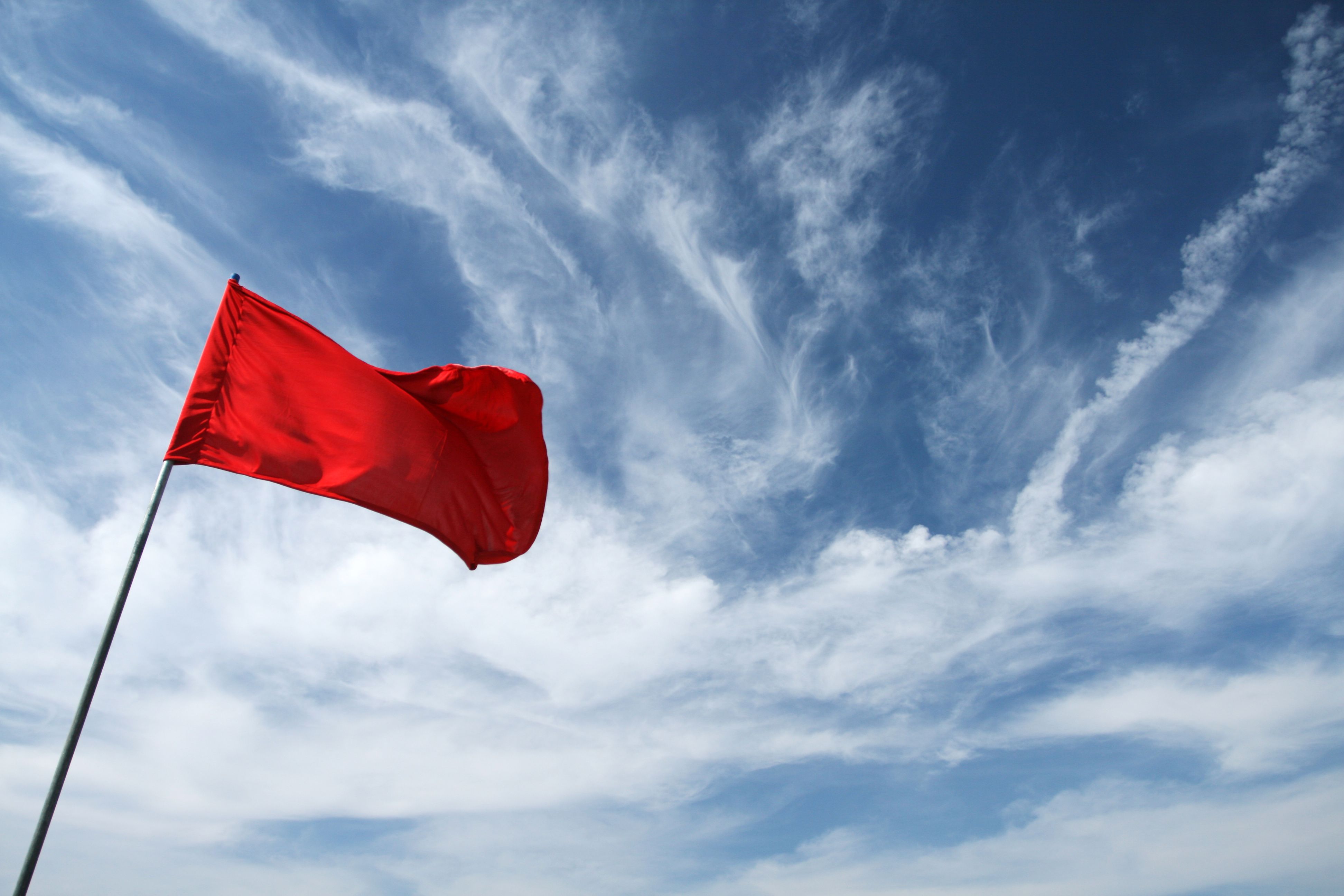