Ethics in the field of mental health is a concern for every psychiatrist, but what happens when past patients reenter a retired clinician's life in a personal setting? 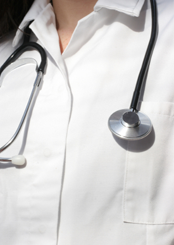 When I retired from clinical work last month, I knew I would continue being a psychiatrist in some way. Like writing blogs. Like presenting on eco-psychiatry. Like continuing to serve on boards and think tanks. Like having the world view of a psychiatrist, even though I always tried to avoid acting like one in everyday life.

What I wasn’t prepared for, however, are all the psychiatric “encounters” (to use the word our electronic medical record software employs to describe sessions with patients) I have had in only the first couple of weeks. Was this coincidence, or something more profound?

Past patients have seemed to reenter my life at unprecedented rates. I still hold to the ethical principle to preserve confidentiality, so I have altered the identities of the “patients” I will discuss here. However, even though I was perceived by some as “da ethics man,” I actually have not been sure of the proper relationship with my former patients as a retired psychiatrist. Something to look into more.

The first ex-patient, whom I had seen on and off for years, had a history of mood swings and substance abuse and questions about her sexuality. She casually had told me that she worked part-time in a thrift store. My wife (a thrift store aficionado well before they became popular) and I walked into one, and lo and behold, there she was! Dressed in a Hawaiian shirt, I wondered a bit anxiously, “What do I say and do now?” “Dr Moffic!” she effused. “And this is my wife, Rusti,” I responded, no longer quite so conscious of what I can and cannot say about my personal life. I proudly listened to her telling my wife about my caring (which to me seemed ever-compromised with brief sessions). She and my wife then proceeded to discuss the joys of shopping and working in a thrift store. I won’t be uneasy about returning there.

Soon after, I saw the artwork of another former patient displayed prominently in a different thrift store. What invaluable and rare follow-up information this seemed to be! Recycled goods and recycled relationships, still of value.

At an out-of-town concert, I ran into another patient I hadn’t seen in quite a while, as well as his children, parents, and other relatives. As I talked with them, I wished that in some way I had met them while he was in active treatment because this helped to round out my subjective impression of his life.

Later, at a social gathering, an unprecedented number of people came up to me, not as patients . . . but to apparently ventilate about some psychiatric issues. Did they know I was retired and thereby felt safer to talk about their personal problems? Or, was it the other way around, a presumed entry into informal supportive therapy? There was a professional from a related field who was experiencing burnout. Another shared with me the stress of losing the essence of a spouse who had early memory loss. Another wondered about the benefits and risks of his child’s discontinuing long-term psychiatric medication. Yet another, who grew up with a mentally ill parent, implied feeling guilty about not visiting a dying relative overseas. A different colleague, who I hadn’t seen for years, was off medication and sleeping late in retirement. This late awakening seemed promising to me!

Then there were the cultural events to remind me about being a psychiatrist. Take seeing the Beach Boys on their reunion tour. For the first time in many years, Brian Wilson rejoined the remaining group members. Despite the apparent genius of the group’s early development, the public came to know and see the tragic changes in Wilson’s mentality and behavior over the years. There have been shared reports of an abusive father, conflicts with his Beach Boy brothers and others over the direction of the group, poly-substance abuse, a live-in therapist who controlled Brian’s life until the therapist lost his license to practice, use of various medications, and a flat affect on stage. Still, the music was glorious, as was his voice. One line from an early song, “I Just Wasn’t Made for These Times,” could break your heart given Wilson’s ensuing life story: “Every time I get the inspiration to go change things around, no one wants to help me look to places where new things might be found.”

I also got to see the play Freud’s Last Session in Chicago, which has been playing in New York for years. This had many personal and professional reverberations. The actor playing Freud looked like my father. The play centers on the differing views of Freud and author C. S. Lewis-on religion, God, and psychiatry. My son is a rabbi and my views on religion and God have been changing over time. The way the play ended, with Freud’s death from cancer close at hand, makes you (or, at least me) wonder if Freud came to be less of an atheist before the end. There was also new information to me that Freud-who tended to dislike music because he was unable to analyze its content and emotional power-reportedly enjoyed classical music near the end of his life.

To continue the psychiatry and religion theme, as I was about to write this blog, because I was able to sit around in the morning, I happened to catch a TV segment on Mary Neal, MD, who had not been particularly religious herself, on the Today show. She wrote the book To Heaven and Back: A Doctor's Extraordinary Account of Her Death, Heaven, Angels, and Life Again: A True Story, which describes her drowning and near-death experience years back and her belief that she spent a very brief time in Heaven. I’m adding this book to my required summer reading list. Dr Neal described her conclusion that she was sent back to life, not only for the predicted death of her young son, which indeed came true about a decade later, but even more importantly, to bring back the message of love, kindness, and compassion into our everyday lives that she experienced so intensely in “Heaven.” Whether I myself believe in the afterlife or not (and I think I do), this is a message of healing that I can still send in everyday life without seeing so-called patients. You can do the same.