A psychiatrist shares the pearls of his life, clinical and otherwise. 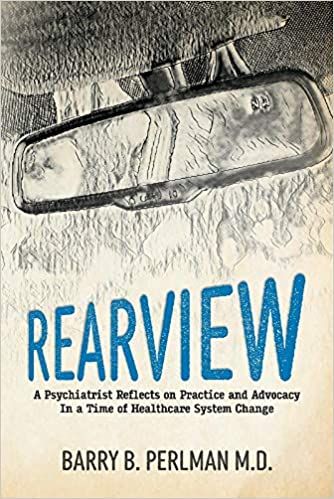 A natural pearl is formed when an irritant works its way into certain mollusks. The mollusk secretes a fluid to coat the invasive irritant, and layer upon layer of this coating produces a lustrous pearl. So, it seems, is the life and times of Barry B. Perlman, MD, as the irritants he encounters transform him into a pearl of a psychiatrist to his patients, colleagues, and society. Such irritants, big and small, include the stigma of psychiatry, the intrusion of for-profit managed care, political maneuvering, and his own medical illness. It is as if, after each irritant, obstacle, and/or trauma, he and psychiatry come back stronger and more resilient. If this play on words and spelling seems trite, his work is anything but that.

Reading about his journey in this memoir will reveal pearls that will enhance the lives of anyone interested in mental health and illness, including the public, patients, medical students, and other physicians, especially primary care physicians. How could a memoir by a psychiatrist have this sort of scope? First of all, Perlman always values and uses his medical skills and knowledge. Secondly, most of his career was at St Joseph’s Medical Center, a rather unique community system that included a small community hospital; nursing home; freestanding psychiatric hospital; and outpatient clinics in Yonkers, a suburb just outside of New York City. For many years, Perlman was a director of the department of psychiatry, then before retirement he was medical director of the entire system—a rare administrative and leadership position for a psychiatrist. In addition to those interested in the medical field, family and friends should enjoy this inside look at a psychiatrist’s working life too, especially given that the confidentiality of our field inhibits workday sharing of information.

The title and image on the front cover illustrates Perlman’s journey. There is a rearview mirror and car windshield that have some clear sight spaces among what seem to me to be like many cracks and blurriness. When I asked Perlman by email why he named the memoir Rearview, he answered: “Because I’m retired. The initial impetus for a book was as a legacy for my kids . . . Once it got going & took on its own life it began to transcend the legacy project idea.”

I was a fellow traveler at the start of his medical journey. We were both medical students at Yale University from 1967 to 1971, both of us surprised, if not shocked, that we were accepted. After graduation, we met occasionally at reunions or communicated when our paths overlapped, like now in retirement. Since we were friendly, though not close friends, I can offer both a real-life confirmation of some of his story, but also the perspective of someone who took a slightly different, albeit eerily overlapping, psychiatric road. Our 50th year class reunion is fast approaching, and like so much of medicine in this COVID-19 era, it will be held virtually. Perlman closes the book with comments on the pandemic’s devastation, much of it seemingly preventable.

Still, he ends on a happy note: “I do assuredly feel an enormous sense of gratitude for my life despite the pandemic that has radically disrupted its later years.” Hopefully, most everybody in our class, as well as readers of this review, has felt that gratitude in being able to help others.

The structure of this book is unique, and it reminds me of the free association process that Freud advised for his patients. Perlman describes them better than I can: “These are recollections of sound bites, actions taken, or visual images retained in my mind’s eye, each within a particular context. Serious or humorous, I have amplified upon each as a story or tale providing content and personal meaning, joined to a discerned lesson or distilled thought.”

As you may be able to tell already, he tells his story in easy-to-read, conversational language and a touching thoughtfulness, full of grace. It falls into the tradition of narrative medicine, and it can be thought of as a book of personal short personal reminiscences.

There are 41 of these fragments. Everyone will have their favorites, but here are a few of mine, as I try to follow the model of conveying his fragment, elaborating on it a bit, and providing some afterthoughts.

My recalled fragment: “Tell me doc, wasn’t there any piss in it?”

Here, the “piss” in the joke refers to the colloquial language of the patient, compared with the clinical, informational language that a doctor used to convey the results of a urine lab test (a language the patient cannot understand). Perlman tries to teach family practice residents to appreciate the psychiatric patients’ point of view by both play acting and sharing firsthand accounts from the literature. It is hard to imagine reading these recommendations and not wanting to read everything he references, including a New Yorker series titled “Personal History”; Andrew Solomon’s book, The Noonday Demon: An Atlas of Depression; Daphne Merkin’s The Black Season: Falling Out of Love with Mental Hospitals; Sylvia Nasar’s book, A Beautiful Mind; Kay Redfield Jamison’s book, An Unquiet Mind: A Memoir of Moods and Madness; and Elyn Saks’s book, The Center Cannot Hold: My Journey Through Madness.

My recalled fragment: “They are not art.”

Perlman was curious and humanistic enough to rescue about 600 drawings of a preceptor done by a patient. They were going to be thrown out, as the preceptor was moving, but Perlman asked if he could have them, and he got them. This chapter discusses what is outsider art or not, and it includes some of the patient’s evocative and informative pictures on the subject of her reaction to the analyst and the analysis. If he still kept the rest of the 600, that could make for a whole new book.

Here, Perlman describes his growth in understanding transgender individuals and the associated terminology changes. This is a subject of great importance to me, as I was the medical director for Pathways, the sole clinic in the Midwest processing those with gender concerns in the 1990s, and there is a trans child in our extended family. Expanding his curiosity beyond gender identity to bodily integrity (when someone might want an amputation of a normal limb to feel that their body is correctly aligned), he wonders if these can be called “misalignment syndromes.” Good idea! He acknowledges that transgender care and terminology remain complicated issues. This fragment “has been among the most difficult to write.”

My recalled fragment: “I couldn’t pull the plug on my father.”

This chapter poignantly illustrates the difference between personal and professional medical decision making. During his beloved father’s dementia, Perlman was unable to decide not to place a pacemaker, even though he wondered if his father would have refused it.

Besides these chapter pearls, Perlman also writes many short, sentence-length pearls scattered throughout the memoir. Here are a few that particularly struck me:

“Deceptively, history makes the present seem foreordained; or so it may seem as we look back at our lives.”

“It did not take me long to become aware that better self-understanding meant more successful engagement in advocacy.”

“Asserting my position, I found, often made me into an acquired taste.”

When the reader finishes the book, the Introduction section becomes even more striking, as Perlman deservedly begins to find his retirement pearls on the day after he retired. He and his supportive and understanding wife drive to their country home.

“I quietly observed to myself how beautiful the scene was. For the first time in decades, I could relish the snow-covered landscape without the attendant worry about whether the “moonlighter,” the off-hours psychiatrists, would be able to get to the hospital, and if they could not what arrangements I could make to assure that the psychiatric service was covered.”

Then, if you happen to turn to the back cover, you see Barry with sunglasses on, smiling over the small lake near his country home, the sun shining on his world. Likely, that lake does not have pearl-bearing mollusks, but he has enough of them anyways.

With this book, he is giving some of those pearls back, back to his medical and family descendants. I am quite sure that any reader will be mentally enriched by reading this memoir.

Dr Moffic is an award-winning psychiatrist who has specialized in the cultural and ethical aspects of psychiatry. A prolific writer and speaker, he received the one-time designation of being a Hero of Public Psychiatry from the Assembly of the American Psychiatric Association in 2002. He has recently been leading Tikkun Olam advocacy movements on climate instability, burnout, Islamophobia, and anti-Semitism for a better world. He serves on the Editorial Board ofPsychiatric TimesTM.