Respect for Indigenous peoples and their knowledge is crucial to the resolution of climate change. 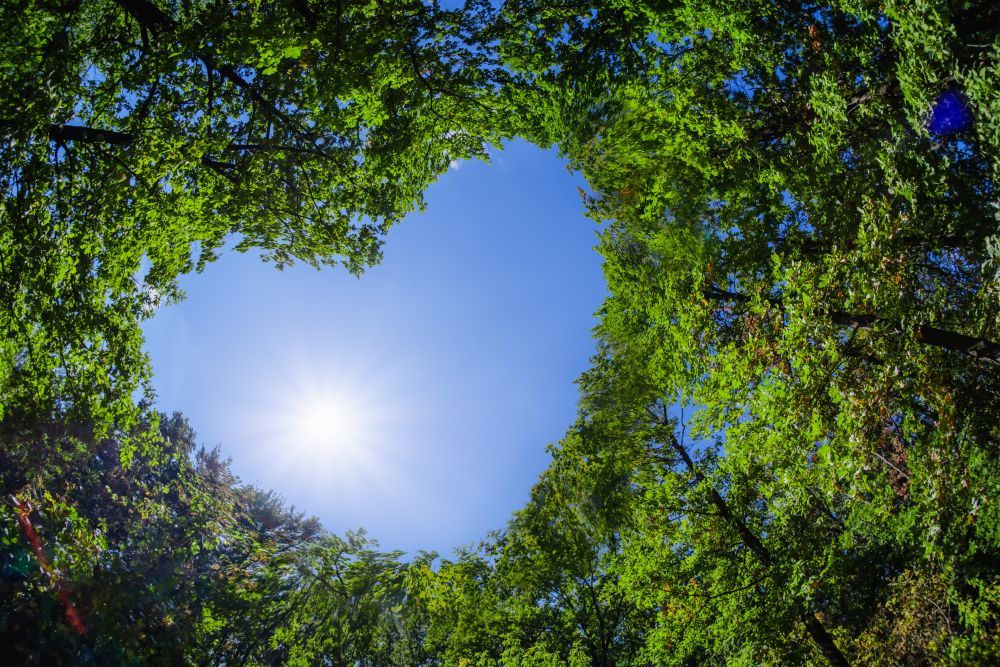 I acknowledge I am living and working on the ancestral homeland of the Tewa people; on the place called, Po’oge, Whiteshell place. I recognize the ancestors and present-day Tewa people have loved and cared for these lands for centuries. I am honored to be a guest on this territory.

Indigenous peoples around the world have lived in harmony with the land, animals, plants, and cosmos on their ancestral territory for thousands of years, since before contact with settlers. The Indigenous peoples were the original caretakers of the land, and their ceremonies, language, medicines, culture, values, and laws are in the land.

Turtle Island, the name of what was later to be called North America, was home to more than 35 million Indigenous peoples before contact with European settlers. After contact, their numbers dwindled to 2% of the United States’ population.1 Genocidal practices, pandemics, and forced relocation to reservations contributed to the drastic reduction of the Native American population.

In 1095, the Catholic Church gave Christian crusaders permission to take the land from any nonbeliever under the Papal Bull “Terra Nullium.” These Papal Bull doctrines continued until 1500 and gave permission to not only take land, but also to take slaves and gold. Similarly, they awarded occupying countries the right to take over and claim lands as their own. During the colonization of Turtle Island, the Papal Bulls—labeled as The Doctrine of Discovery—were used to justify actions of land expropriation. Indigenous peoples lost most of their lands from 1492 to the mid-1800s.2

This was just the first of the racist and genocidal practices upon which the colonization of Turtle Island was founded. In 1823, the Doctrine of Discovery was incorporated into US law,3 which allowed land rights to be determined by the US government.4

Many other US policies in the 1800s allowed settlers to dislocate the indigenous population. The Indian Removal Act in 1830 authorized the forced removal of Indigenous peoples from ancestral lands east of the Mississippi River and onto reservations. Manifest Destiny, which was enacted by the US government in 1845, justified taking any land west of the Mississippi River. The Allotment Act allowed ancestral homelands to be divided and assigned to Indigenous peoples, even though Indigenous people viewed themselves not as owners but as part of, and caretakers of, the land. This was a foreign concept to European settlers, who considered it a primitive notion. Most Indigenous groups derived their culture, ceremonies, laws, and medicines from the territory on which they lived. Removals and purchases were done in underhanded and deceptive ways by settlers who were intent on extracting natural resources, resulting in Indigenous peoples losing access to ancestral territory and resettlement on unfavorable lands. This impacted their capacity to practice their traditions, culture, ceremonies, and lifestyle. This was a form of cultural genocide and the foundation of the current racism toward Indigenous peoples.

Written into the language of these laws and bills was the idea that Indigenous peoples were heathens, who lacked intelligence and needed others to make decisions on their behalf. Indigenous children were forcibly removed from their families to attend White, Christian boarding schools under the US Statute on Indian Reform in 1906. Food rations were withheld from families that refused to relinquish their children. Captain Richard Henry Pratt, founder of Carlisle Indian School, is quoted: “Kill the Indian in him and save the man.”5

More than 6000 Indigenous children never returned home, and parents were not notified of their whereabouts until investigations years later revealed many deaths.

Lands rich in oil, gas, and minerals were acquired without consultation with tribal leaders. In 1955, the Army Corps of Engineers selected the Big Bend dam site near the Lower Brule Sioux reservation in South Dakota to avoid flooding the state capital, which resulted in flooding reservation communities and forced relocation. They did so without authorization from tribal councils.

Relationships with American Indians were assigned to the Department of War and later Department of Interior, creating an antagonistic, paternalistic relationship. There was blatant disregard for First Peoples’ reliance on their territory and sacred lands to sustain their spiritual practices and culture. Indigenous peoples were, and continue to be, dominated by colonizing culture. Indigenous people bear the brunt of imposition of foreign economic systems, concepts of land ownership, and government structures—all racist practices.

The Global Assessment Report on Biodiversity and Ecosystem Service projects that Indigenous groups around the world will suffer much more than the populations of industrialized nations in the climate crisis.6

Indigenous communities are particularly vulnerable to the effects of climate change because the creation of reservations and forced relocation of the tribes onto less desirable lands. Many Indigenous communities are located in areas already experiencing early impacts of climate change; some are located along the coasts with sea level rise intrusion, or mountainous areas located near melting glaciers, or areas above the Arctic Circle with permafrost melting. Some of these Northern areas have already experienced some of the most extreme temperature increases, with as much as 4 degrees centigrade (39.2 degrees Fahrenheit) increases documented. These gradual climate changes have profound effects on species demise. It also have impacted the migration and feeding of the caribou, on which many of the Inuit and Sami people depend for their subsistence lifestyle.7

On the coast of the Chukchi Sea in northwestern Alaska, Kivalina has been the village home of the Inupiaq peoples for thousands of years. A study assessing climate change impacts on this village showed significant impacts on the community. Warming temperatures have contributed to erosion of the coastline and increased flooding. Permafrost and sea ice continue to melt, causing sea levels to rise. This results in less successful hunts of walrus, whales, seals, and caribou, which impacts food supplies. In addition, severe flooding in 2007 forced evacuation of many of the village residents.

Despite being adaptable, resilient, and resourceful people, the Indigenous populations are bearing the immediate consequences of climate change, which are requiring permanent and drastic changes to their way of life. These factors have impacted the mental health of Inupiaq people.8

Melina Laboucan-Massimo is an Indigenous climate change activist; her sister is among the hundreds of MMIWG in Turtle Island. She stated: “Resource extraction is predicated on systems of power and domination, and the system is based on raping and pillaging Mother Earth, along with violence against women. The 2 are inextricably linked.”9

Standing Rock’s protest encampment in 2016 was established to protest the Dakota Access oil Pipeline (DAPL). This pipeline was being built in violation of treaties signed between the US government and the Standing Rock Sioux near the Missouri River. It grew into a large act of Indigenous resistance against resource extraction. The protesters called themselves Water Protectors because they were protecting their source of drinking water. They felt this was the last resource since water is life: Mni Wiconi (Water is Life).

Standing Rock Sioux women leaders started the resistance against DAPL by demanding respect for treaty obligations and the sovereignty of the Lakota people. The protest encampment, Oceti Sakowin, grew into a large Native-led traditional encampment and drew thousands of people. Members of the police force and army attacked peaceful Indigenous water protectors, many of them elders and spiritual leaders.12 Marches and rallies near the encampment, as well as all throughout the country, supported this direct action against building the pipeline. This sustained protest created a wave of support for Indigenous sovereignty throughout Turtle Island from numerous non-Indigenous peoples. It also elevated the awareness of Indigenous rights and the shared investment in protecting Mother Earth.12

There will be more protests and acts of solidarity for Indigenous resistance against extraction economies as we fight for a rematriation and reclaiming of Indigenous lands by the first peoples. “Rematriation” is the return to a spiritual way of life with respect to Mother Earth. We need to move away from the patriarchy that has perpetuated the stealing of Indigenous lands, the harming of Mother Earth by extracting natural resources for profit, and fostering the dependence on fossil fuels. Reversing this can lead to climate justice.

Additionally, efforts to reclaim ancestral lands and to restore control of resources and reduce dependency on the dominant culture is a major focus of the Land Back movement.

President Joe Biden’s pick for Secretary of the Department of Interior, Debra Haaland, is the first Indigenous leader to be a Presidential cabinet appointee in US history. She supports the protection of sacred ancestral homelands of Indigenous peoples, as well as moving away from dependence on fossil fuels. She knows first-hand the negative impact resource extraction. We are witnessing the needed shift in addressing the climate crisis, by rejecting patriarchal values and focusing on healing Mother Earth for the seventh generation—the obligation to preserve Mother Earth for the future seven generations to come. New policies must be sustainable and embrace the notion that the earth is not just our current home but also must be protected for our descendants.

Indigenous people’s voices continue to be muted in broader American society. This is sad but also foolish. Knowledge brought by first nations is broad, including agricultural methods that sequester carbon, and principles of reciprocity and harmony with nature modeling a unique relation to Mother Earth. Indigenous knowledge can be substantial part of resolving the climate crisis. We must find ways to elevate Indigenous voices and benefit from their wisdom.

When the beauty of the sacred comes on earth, there will be restoration of universal harmony.

12. Estes N. Our History Is the Future : Standing Rock Versus the Dakota Access Pipeline, and the Long Tradition of Indigenous Resistance. Verso; 2019.