“Hunter’s book is excellently written and highly recommended for readers who want to understand the enormous power of myth in the Australian identity.”

Reef Madness: Digging up the Dirt on an Australian Myth by Ernest Hunter, MD

The Australian continent is much beholden to the power of myth, and psychiatrists are likewise drawn to these tales. Going back at least 60,000 years, the Dreamtime arose from the theophany of the First Peoples. European settlement requires its own myths to explain the savage attempts to subdue a stubborn and unyielding continent.

Primus inter pares is that of the bushman—that intrepid soul only really at home in the remote wild, as much at ease finding a desert waterhole as navigating near-impassable terrain. The belief in discovering a gleaming gold reef reflects a preoccupation that goes as far back as Jason and the Argonauts, with the mesmerizing power of the auriferous element escalating drastically during times of financial depression.

These elements notably came together in the story of Australian über-fantasist Harold Lasseter. Wheeling a large barrow of lies, Lasseter claimed that he had discovered a large gold-laced reef in the desert center during a trip when he was 18 years old—a trip, incidentally, that would have made him the first person to have traversed the continent from east to west.

After years of searching for a believer, he found his man in John Bailey, head of the Australian Workers’ Union in Sydney. Although Lasseter’s vague, if not fantastical, story raised few doubts, such was the power of the vision of the fabulous reef that would not only relieve the poverty of the depression, but make Australia the richest country in the world.

In March 1930, the height of the depression, the most lavishly funded and equipped expedition to date set off with a team including Lasseter from Alice Springs to find the reef. The trip was a disaster from the start, with numerous breakdowns in the difficult conditions. The truck kept breaking down, the plane crashed, and the radio never worked. The team lost all confidence in Lasseter—whose behavior became increasingly withdrawn and strange as they progressed—and decided that there was no reef and to return home.

Aware of the humiliation (if not fraud charges) that awaited him if he returned, Lasseter attached himself to a dubious character Paul Johns, who had 5 camels, and continued the search for an illusion that now only existed in his mind. He was never seen again.

Lasseter’s end took some time to unscramble. A second expedition, equally lavishly equipped, came back with no gold reef but plenty of rumors about Lasseter. The accepted version is that bushman Bob Buck found the remains in a cave and brought back his diary. Lasseter appears to have died a wretched and painful death, frantically scribbling his last notes to his wife, “What good [is] a reef worth millions? I would give it all for a loaf of bread.”

As an epitaph, it mimes the last words of the frozen Captain Scott: “For God’s sake, look after our people!” Both men, dying in the most remote places on Earth, were as much victims of their own hubris (to say nothing of incompetence) as extreme climate. While Scott was on a scientific expedition, Lasseter had a fantastic dream to find a solid reef of the most desirable substance on Earth: gold.

Thus died Harold Lasseter, the man who became a powerful myth. There is simply no convincing evidence that the reef exists, let alone that Lasseter was the first European to traverse Australia from east to west.

A legend of sufficient size has the dimensions of an octopus with a central body and limbs extending in various directions. For every big lie that is taken up, those who do become liars themselves, either by overcoming their reservations to make themselves believe the lie or by using the to further their own agendas. And almost everyone involved in seeking Lasseter’s reef had something to gain.

Bailey was one of the roughest players in Australian politics, always one step ahead of trouble. Federal Minister Arthur Blakeley appointed his brother, George, as the leader of the expedition. Errol Hampton Coote, the appointed pilot, had no pilot’s license and questionable flying skills. Furthermore, in his determination to be part of the action when the reef was discovered, he continually undermined Blakeley’s leadership.

This is what is actually known; the myth is entirely another matter. Australia is a strange country. It elevates loss, defeat, and demise far above victory and vindication. Burke and Wills, Ned Kelly, and Gallipoli—all utter failures in their own way—dominate the national myth. Lasseter was a compulsive liar, but the big one devoured him. His great failure has become part of the defining mythology of Australia. And now he is commemorated by a cave, a highway, a hobbit-like tombstone in Alice Springs, a casino, an ever-replenishing coterie of believers, and a story that never seems to end. At least 13 expeditions have set out to find the treasure, but all have failed.

This may not have been the fate Lasseter desired—but, for a fabulist, there are worse ways to go down in history.

After it was learned that Lasseter had disappeared and was presumed dead, the story was picked up by writer Ion Idriess, resulting in his book Lasseter’s Last Ride, a work with more than a little poetic license. It was a huge success that was sold in multiple editions and languages, as well as a prelude to the author’s astonishing output in producing 60 books and developing some of the great Australian legends, notably that of the Light Horse (in which Idriess served) and the Kidman cattle station story. It is fair to say that without Idriess, Lasseter’s myth would have disappeared decades ago.

At this point, psychiatrist Ernest Hunter, MD, enters the story. Hunter has a distinguished record of working with Indigenous patients in rural, often remote, areas. It comes thus as no surprise that Hunter is interested in myths—something intrinsic to understanding the Aboriginal experience in the vast continent. He has published widely on a range of related topics, especially human rights.

Hunter’s book Reef Madness: Digging up the Dirt on an Australian Myth is not as much another attempt to untangle the Lasseter story (numerous articles and books—including a chapter in this writer’s latest book—try this), but to understand how Idriess lit the flame that sparked the billowing Lasseter myth. Hunter conducted a meticulous investigation into archives, records, and Trove, as well as interviews with relevant parties. He has form with Idriess, having previously written about “solitary men” in the book Vicarious Dreaming: With Jack Idriess on Madman's Island.

Readers will note Hunter’s meeting with Bob Lasseter, who was 5 years old when his father left on the fateful trip. Bob devoted his life to restoring his father’s reputation and was featured prominently in the Luke Walker documentary Lasseter’s Bones. Hunter’s empathic handling of an old man who has been the subject of much derision is masterly. The explanation that the repeated trips into the desert were really to connect with the father who had vanished, rather than to find the reef itself, is convincing.

Long past the formal and often mind-numbing style of writing doctors, Hunter has produced a fine work of historiography and a thoughtful examination of how Idriess, traumatized by his military experiences in Palestine, not only played an important role in reifying the Lasseter myth, but commemorated those peripatetic characters who now have a place in the Australian identity.

Reef Madness is excellently written and highly recommended for readers who want to understand the enormous power of myth in the Australian identity and how biography can truly sparkle when done properly. Ernest Hunter is to be congratulated on his book, and we can only wait to see what he will come up with next.

Dr Kaplan is a forensic psychiatrist, writer, and historian. His latest book The King Who Strangled his Psychiatrist and Other Dark Tales is in search of a publisher. 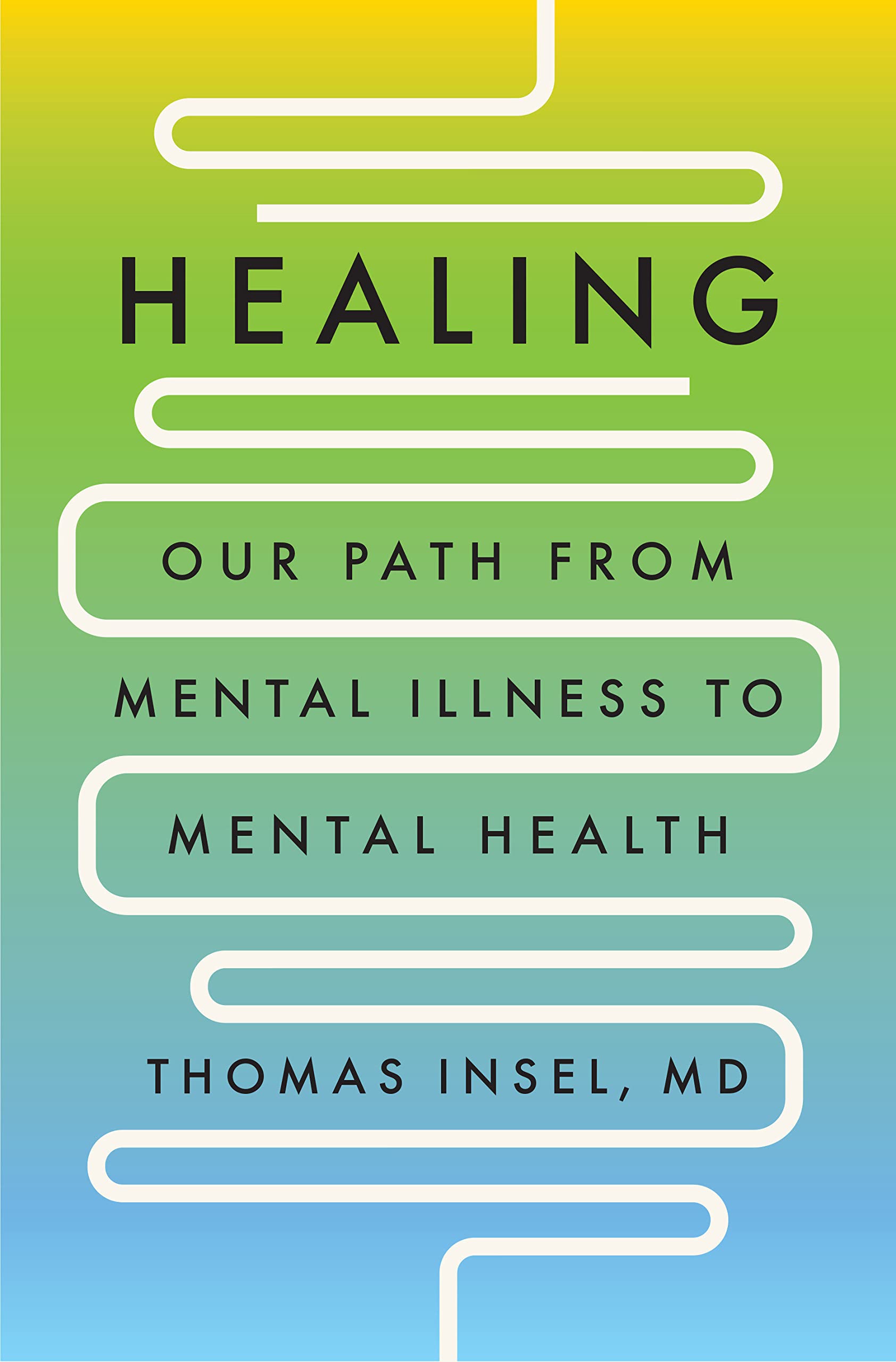