Secret Poll: Your Preference for Our Next President?

In a first-ever poll of its kind, we'd like to know about your fears, concerns, and hopes about how this election will affect your profession and your patients. 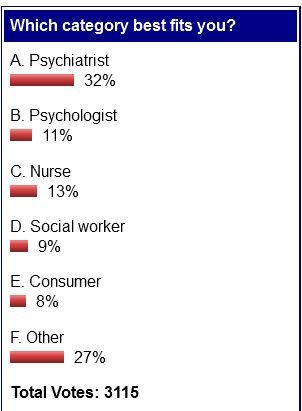 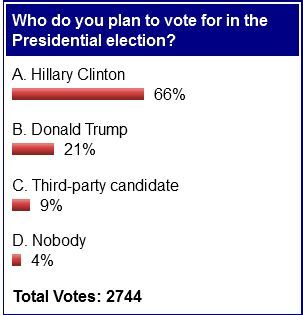 Note to readers: The poll is officially closed. For a wrap-up, see The Results of a Psychiatric Poll on Presidential Candidates.

Polling the public about their preference for President of the United States is a routine part of 4-year election cycles. The media at times breaks down those polled into separate categories, but never, as far as we know, into professional fields like heath care. Nevertheless, the person who becomes President may be crucial for the future of health care, including the fate of Obamacare.

In this particular Presidential race, journalists, commentators, and even the candidates themselves have (loudly!) speculated about the character of those running. Psychiatrists seem to have been conspicuously absent from the commentary, undoubtedly due to the so-called Goldwater Rule. This ethical stance was adopted by the American Psychiatric Association (APA) after psychiatrists were chastised for speculating (very negatively) about the character of Presidential candidate Barry Goldwater in 1964.

Currently, the APA considers it unethical to discuss a public figure with the media without having examined that individual as well as getting his or her permission to comment publicly. (Of course, psychiatrists are not prohibited from commenting on general issues relevant to the election.)

There are, of course, dissenters who believe we psychiatrists should be allowed broader commentary on the candidates. In this year’s race-given such hot-button issues as access to health care, environmental regulations, immigration, abortion, guns, and violence-some would say that there is a higher ethical priority-for the well-being of society.

So-at this time of party conventions-wouldn't it be interesting to see how mental health professionals will be voting? And to have an engaging, professional dialog about how the next President could affect our field? Nothing ethical prohibits such a poll and discussion.

Please join the first-ever poll of this kind for mental health care caregivers-and post your thoughts as well. Thank you for your interest and involvement.

Without speculating on any one candidate's mental fitness, how do you think a new Democratic President will affect mental health care? A Republication President? Post a comment about your fears, concerns, and hopes about how the candidates will affect your profession and your patients. (Please answer in the comments box).

Note to readers: The poll is officially closed

The Ethics of APA's Goldwater Rule