The Death of Our Dancing Healer, Carl Hammerschlag, MD 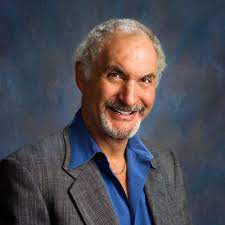 Despite anticipating this day, given his slowly worsening chronic cardiac condition, as well as a recent foot abscess infection and sepsis requiring 6 weeks of intravenous antibiotics, I still could barely believe the news. A colleague wrote me on 2:31 PM, January 24, 2022, picking up the news on Facebook:

“Hi Steve. Did you hear that Carl Hammerschlag died three days ago? Such a loss. Be well. We have precious days that remain for us. Keep the faith, Gil.”

“With great sadness the family of Dr. Carl Hammerschlag announces his passing on January 21, 2022. We are grateful to have had a kind, loving, and compassionate dreamer as our husband, father, and grandfather. Our lives will never be the same. He was a healer with the heart of a rebel and the spirit of a clown. Carl leaves behind an extraordinary legacy and is survived by his loving wife of 61 years, Elaine Hammerschlag, and his children and grandchildren.

We invite you to celebrate with us by lighting a candle and listening to “Ripple” by the Grateful Dead.”

Not quite 3 days ago at 6:46 PM on January 21, 2022, I received what turned out to be a final email from Carl, which started with come commiseration of our mutual cardiac problems and ended, perhaps, with a sort of anticipated goodbye:

“Hi Stevie. . . As far as our psychological connection, come on, we have been swimming in the same pool for a lifetime. Even after a 30-year hiatus impersonal connection we came together without a moment’s hesitation and found our journeys to be an unbroken commitment to sharing our humanity and never subordinating our dreams to others whether they were possible to be achieved. I love dreamers, and we are still together. With joy and sending love always, Carl.”

He also usually sent his love to my wife, and my wife loved him too. We were so fortunate to have visited his wife and he in their artistic and striking home in Phoenix about 2 years back.

In different ways, Carl was preparing for this over the last couple of years. He asked me to do a video interview of his life and career in March of 2021 for safekeeping, which I did, as usual treasuring his resonant and wise voice, the kind of voice you might think God had, if you believed in a male God. He was also working on a memoir and had his helper interview me about his career in community psychiatry. I so hope it was more or less finished and will be published.

Carl was not one that often emphasized biographical details, at least to me, but he was born in 1939 in New York after his family left Nazi Germany. He felt animated by the twin Jewish values of Tikkun Olam, to try to heal the world, and Mussar, a Jewish spiritual practice to examine whether one is following the correct moral path in life. Seemed to me he succeeded way beyond usual expectations for both.

Way back in my career, and before the 30-year hiatus he mentions in his email, Carl began to be a role model and mentor. At a workshop that I attended, he had all us psychiatrists make paper bag masks of ourselves and describe what we were depicting. We all did a little dance at the end. That connected with my personal journey of collecting cultural and artistic masks that both revealed and concealed, as I described in a video for Psychiatric TimesTM. For the occasion, I made a special paper bag mask of Carl that made its debut.

But I am sure that I am only 1 of many, many individuals touched by Carl’s humanity and creativity. Most especially, he learned much from Native Americans in Arizona and taught us what he learned, beginning from his time serving in the Phoenix Indian Medical Center from 1970 to 1986. Early on, he was asked by a medicine man patient where he learned to heal, and Carl went on about his academic achievements. That did not satisfy his patient, who then asked him: “Do you know how to dance? . . . You have to be able to dance if you want to heal. . . I can teach you the steps, but you have to be able to hear your own music to dance.” And Carl did, and took on the name Healing Doc. Out of that insight came his classic book about that: The Dancing Healers: A Doctor’s Journey of Healing with Native Americans (HarperOne, 1989).

And there were many other books that he wrote about Native Americans and other aspects of healing. But when I went through the Amazon list just now, I saw one that I did not know about that also fits today, The Go-Away Doll (Turtle Island, 1998), a children’s book where a girl loses her doll and goes off exploring the world, learning all the way.

Many Native American tribes also have clown kachinas and ceremonial clowns, and Carl became one. He became a healing clown, dressing up as a gender fluid clown in tutus to heal in hospitals, in community events, and as a visiting community street psychiatrist in Peru and elsewhere. No wonder news of his death came out quickly from South America.

He also survived what he described as the unspeakable tragedy of a granddaughter who died from an allergic reaction on a family Thanksgiving trip to Mexico over 3 years ago. Nothing could replace her, of course, but he continued his healing practices, and received healing himself in a Native American sweat lodge ceremony.

As my best friend from childhood pointed out when we talked about our current cardiac problems, there is a Leonard Cohen song “Here it is”, with this stanza:

“And here is the night

The night has begun

And here is your death

In the heart of your son”

Perhaps the hearts of both of our mothers were passed on to Carl and me, surely in spirit if not function.

Thankfully, though he dances in this life no more, he left so much that can be of value to others who didn’t know him personally: his books, his articles (including some for Psychiatric TimesTM), and most of all, his loving spirit. I will do my best to dance in his honor.

Dr Mofficis an award-winning psychiatrist who has specialized in the cultural and ethical aspects of psychiatry. A prolific writer and speaker, he received the one-time designation of Hero of Public Psychiatry from the Assembly of the American Psychiatric Association in 2002. He is an advocate for mental health issues relate to climate instability, burnout, Islamophobia, and anti-Semitism for a better world. He serves on the Editorial Board of Psychiatric TimesTM.