Two for One Special: Med-Psych Physicians in the Hospital

A clear problem creeping into the national dialogue is that patients with psychiatric issues all too frequently receive substandard medical care in the hospital setting. This points to the need to look for integrated approaches. 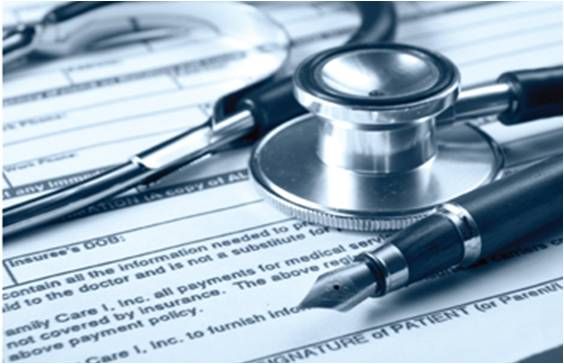 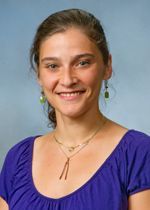 Editor's note: To provide feedback on this piece, please write us at editor@psychiatrictimes.com, and we may include your remarks at the end of this article. Please include your full name, title, and affiliation with your email. Comments are closed two weeks after publication.

A clear problem creeping into the national dialogue is that patients with psychiatric issues all too frequently receive substandard medical care in the hospital setting. This points to the need to look for integrated approaches to hospital-based medicine. Recent articles in The New England Journal of Medicine,1,2 and The Hospitalist3 have addressed some of the challenges of caring for medical patients with psychiatric comorbidities in the general hospital setting. While they have provided this issue with some much needed attention, for the most part they fail to offer solutions. How might we do a better job with such patients?

At this year’s American Psychiatric Association Annual Meeting in New York City, a few sessions discussed the practice of embedding psychiatrists into hospitalist teams. In these scenarios, psychiatrists review medical hospital admissions, screen for potential psychiatric needs, and round with primary teams. These models are partially based on a 2011 Yale study that highlighted the benefits of a proactive approach to psychiatric consultation.4 Long Island Jewish Hospital is working to address this problem by another approach and has created a Med/Psych unit, where medical patients with psychiatric comorbidities are kept together, and a psychologist and an internist provide care for each patient. These innovative strategies are being implemented at elite institutions and while promising, they may not be scalable on a national level given the vast shortage of psychiatrists.

As a chief resident, I am surprised that no one is looking to physicians boarded in both medicine and psychiatry. Combined training is 5 years in duration, instead of the 6 to 7 years it would take to complete these residencies consecutively. I suspect that his type of double boarding is simply not on the national radar. The number of programs is slowly increasing, but based on medical student application numbers, this growth is being outpaced by interest. During my training, the benefits of having double-boarded physicians on hospital teams has been made clear time and again.

While on an inpatient cardiology service, a “frequent-flyer” patient (“Daniel”), an African-American man in his 30s with type 1 diabetes, bipolar disorder, and relatively new onset congestive heart failure (CHF) was admitted to a service with a CHF exacerbation. The service had three Med/Psych residents on it.

Someone had previously determined that he was a substance user because he had come in many times with uncontrollable abdominal pain, and, perhaps, they thought he looked the part with his brittle, messy hair and perpetual 5 o’clock shadow. The label stuck though he was later found to have profound gastroparesis due to his long-standing diabetes. Daniel was notorious for becoming agitated and signing out against medical advice (AMA). And yet, on this admission and during his time there, he was kind and appreciative. Our attending was flabbergasted. I asked why this admission was different. “It just seemed like you cared,” Daniel said.

Early in his hospital stay, he became frustrated, started swearing, threatened to pull out his IV because it was leaking, and said that the nurse refused to help him. The intern became nervous and appropriately asked for help. The nurse pulled me aside before I went in to his room to let me know that I would be wasting my time with this patient, he was a “med-seeker,” and he would leave anyway. And yet, Daniel did not even ask me for pain medicine.

When I entered the room, Daniel seemed forlorn, even sad, and even though he was making vague threats, his body was relaxed, and he made no effort to get out of bed. He had no history of violence, incarceration or psychosis. I calmly approached him, listened to his grievances about his situation and about the way staff was treating him. I offered to help wrap his IV since his nurse was busy elsewhere. We laughed a little about how I “jerry-rigged” the bandage because of the limited supplies I had at hand. He thanked me for listening. I could not have been in that room more than 10 minutes.

One of the other Med/Psych residents on the team took the time to address the anxiety Daniel was having about getting an automated implantable cardioverter (AICD)-identifying one of the reasons he kept signing out AMA. Daniel had been seen by psychiatry and psychology on previous admissions, but this was ineffective at providing him with the reassurance he needed to remain in the hospital. Daniel shared that when he tried to ask questions about the AICD before, he felt that the cardiologists thought he was refusing the procedure, which made him angry and feel stupid for not understanding. He also reported fear of being shocked by the device and admitted that often this was keeping him awake at night. This resident was able to effectively communicate the medical information the patient needed, while simultaneously acknowledging and even validating some the patient’s anxiety. Ultimately, the patient’s CHF exacerbation was treated, and he received an AICD before discharge.

It did not require much additional time or effort to provide effective care for this young man, but it did require some extra training. As psychiatry residents, we are taught to deal with agitated patients and to deescalate situations, to be aware of stigmatization issues, to assess for violence risk, and to use a biopsychosocial model when assessing patients, which typically results in an increased sensitivity to psychological stressors. So much of our success with Daniel was simply with how we approached him. We did not make the assumption this would be an antagonistic relationship with the “the problem patient” the staff warned us about. Instead, we approached him with kindness and attempted understanding, and a therapeutic relationship was forged.

While there are not currently many of us, the Med/Psych physician is perfectly poised to work with these complicated patients, as well as to provide education to our peers on both the medicine and psychiatry sides of the issue.

How should we effectively care for the medically complicated patient with psychiatric issues in the hospital? There is not a simple answer to this question, but I write this piece to simply raise awareness of a potential part of the solution: the dually-trained Med/Psych physician.

To read a letter to the editor, please click to the next page.

Letter to the Editor:

In the July 18, 2018 edition of Psychiatric Times, Dr. Rachel Bronsther discusses the “substandard medical care” received by medically ill patients with psychiatric issues. There is no doubt that patients with co-existing psychiatric and medical disorders may sometimes receive less than desirable care as they pose numerous challenges for nonpsychiatric physicians. She notes that programs at several institutions focus on patients with co-existing conditions and how they can influence the patients’ care and the prolonged length of stay of this population. There are programs in several institutions as noted by Chan et al (Chan AC, Burke C, MD, Coffey E, Hilden DR, Coira DL, Warner-Cohen J, Muskin PR, Shinozaki G: Integrated inpatient medical and psychiatric care: Experiences of five institutions. Annals of Internal Medicine. 2018.DOI: 10.7326/M17-3186), all of which have made significant impact on the care of these patients.

I agree with Dr. Bronsther that physicians dually trained in medicine and psychiatry can provide care to such patients; however, consultation-liaison psychiatrists, particularly those who co-manage the care with their internal medicine colleagues offer benefit both to the patients as consultants and as educators to their colleagues (Muskin PR, Skomorowsky A, Shah RN: Co-managed Care for Medical Inpatients, C-L versus C/L Psychiatry. Psychosomatics. 2016;57:258-263). There are 56 or so accredited fellowships in C-L Psychiatry throughout the nation and in Puerto Rico, offering numerous opportunities for psychiatrists who wish training in the care of the complex medically ill. Unless Congress acts to increase GME funding (something we should all advocate for with our Congressional representatives), there will likely never be enough psychiatrists, either those dually trained in medicine/psychiatry or those psychiatrists who have C-L fellowship training. Nevertheless, we can all strive to provide the best and most compassionate care to those so desperately in need.

Response from the author:

I appreciate the thought put in to this response.  I certainly do not think that dually trained med/psych physicians should or could replace consult-liaison (C-L) psychiatry services. Rather, my intent is to raise the point that dually trained physicians should be part of the dialogue on ways to best to serve the medical patient with psychiatric or behavioral issues in the hospital setting.

I agree that paramount to the issue at hand is the lack of psychiatrists and the lack of funding to create more psychiatry residency spots.  Since a significant increase in the supply of psychiatrists is unrealistic at this time, perhaps we could at least try to offset the demand.

I have been preparing for my internal medicine boards and I have been struck by how little psychiatry I am expected to know for the exam.  As such, I would argue that one of the most impactful things we can do as C-L or dually trained psychiatrists is to teach and empower our medicine colleagues.

I do hope that this discussion continues so that we can strive to figure out better, more efficient, and more effective ways to provide exceptional care on a national level to patients with medical and psychiatric comorbidities in all clinical settings.