Undecidable Choices and the Polarization of Shared Ambivalence: What Can Psychiatry Add to Dispute Resolution?

Reframing is being tested as a potentially viable way to address intractable conflict where sacred values are at issue. In memory of Johan Verhulst, MD. 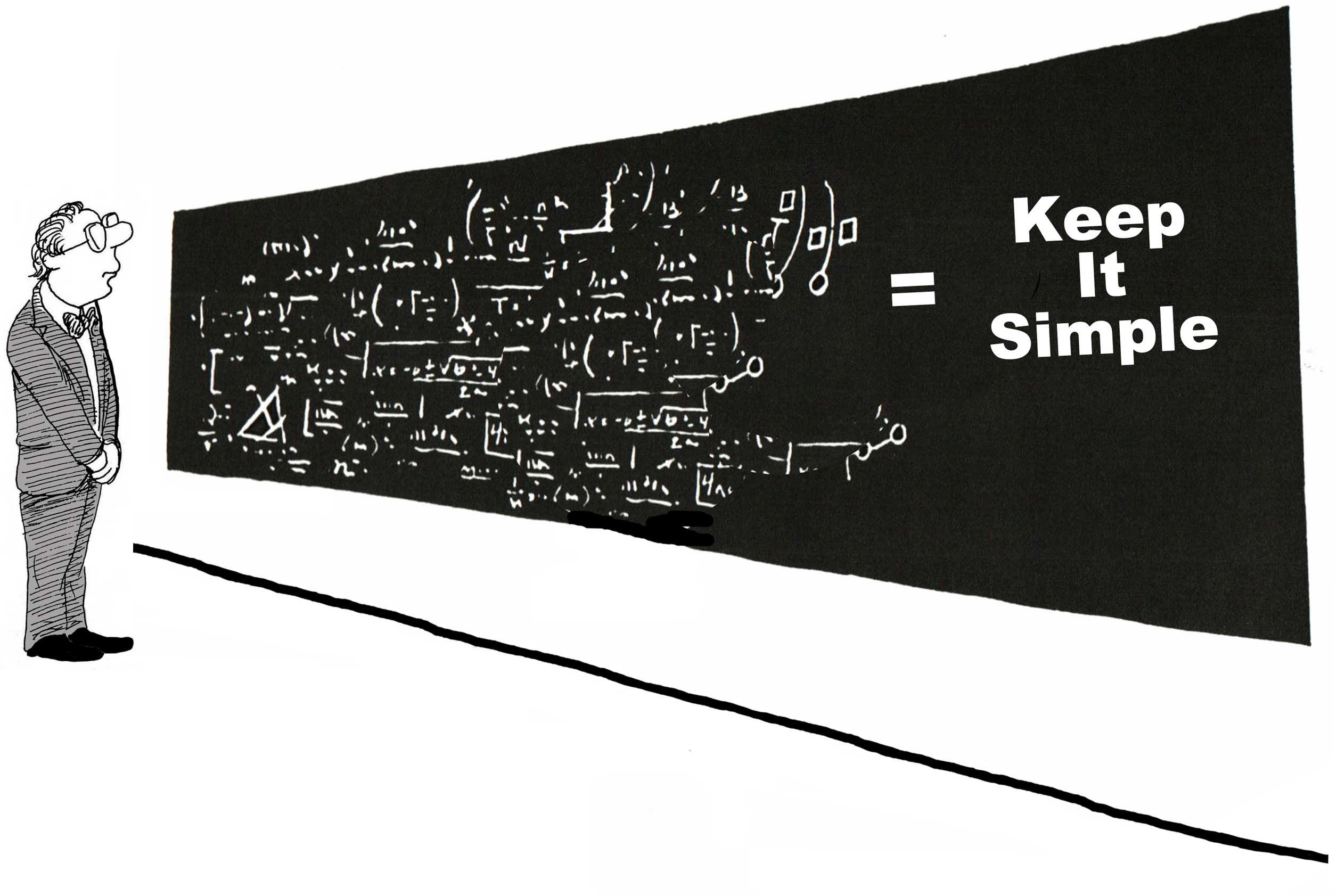 Many human dilemmas are undecidable in principle.1 Should an individual marry or choose a career path? Should society favor the hidden hand of free enterprise or rely on the protective beneficence of an elite? Such choices share four defining features: 1. importance, 2. the social domain, 3. conflict, with valid arguments pulling in different directions, and 4. undecidability by either data or logical argument (ie, uncertainty).2

The parties to such dilemmas often share a common ambivalence about the issue but gravitate to opposite poles; then they come into conflict and become increasingly polarized-at each other’s throats over what they actually share. For example, a patient shared with the senior author (Verhulst) that he and his girlfriend had come to a crossroads: should they formalize their relationship into a marriage commitment or ward off vulnerability by preserving autonomy? They were mutually attracted, common-valued, and heavily invested in one another, but each had suffered relationship traumas in the past. Verhulst simply noted and reflected on their shared ambivalence and suggested an experiment-whether they could successfully switch roles and argue each other’s side. They could. And after doing so, their polarization lost its power and they got married. In retrospect, their biggest problem had been to disqualify the other’s fears.

Some of the most polarized large-scale social conflicts share similar features. Here are three examples:

• Recovered memory controversy. All parties recognized the horror of child abuse and acknowledged the value of psychotherapy for its victims; they recognize the frailty of memory, the role of family integrity, and the presumption of innocence.3

• East versus West. In a Gallup poll of Muslims from the Middle East and liberals from the West, both sides admired the West’s freedoms and Islam’s strength of values; they also both abhorred the West’s regressive excesses and violent Islamic extremism.4 But in each case, despite these commonalities, the parties gravitated to opposite poles and ended up at odds.

• War. The horrific carnage of World War I erupted within a Western domain that had largely common interests and shared values.5 With that in mind, how did this happen?

Never the twain shall meet

Logically, we humans think in binary terms-either A or not-A. In fact, it is more often everything in between. Two factors feed into this dichotomy:

• Enemy-making is foremost. Human cooperation probably evolved through conflict with hostile groups of other hominins.6 If so, survival often turned on deciding between “us” and “them,” idealizing one and devaluing the other. If we do not already have an enemy, we will create one.7 That is the human tragedy, especially because ambivalence and polarization are sure to follow.

Parties to dilemmas often share a common ambivalence about the issue but gravitate to opposite poles; then they come into conflict and become increasingly polarized-at each other’s throats over what they actually share.

• Information theory. Computability requires digitizing the continuum into discrete bits that are either zero or one in order to avoid wandering and to provide for error correction.8 Information processing is metabolically costly, and costs can be contained by further excluding most of the “in-betweens.”9 Thus, binary thinking most likely co-evolved from many directions and became built into brain function.

Our brains give meaning to sensory input and propose action plans.10 They enter consciousness as subjective emotional preferences, not factual truths-as truth is often undefinable. Many preferences are pre-programmed-eg, “us” versus “them,” empathy versus defense, reciprocity, seeking love and friendship, child care, sense of fairness, ambivalence about authority, and motives to reward or punish.11 Brains are evolved to make assessments along all of these dimensions. But they offer clean interpretations only in emergent and unambiguous situations, eg, if someone is trying to grab my purse. In other situations, one might expect brains to present a range or series of possible options. But this does not happen. Instead, our brains respond to social complexity by bringing opposing interpretations and responses into awareness. The resulting either/or choices are usually undecidable, laying foundation for the shared ambivalence and unnecessary polarizations that so often ensue.

How does one choose among many options, where none is any more “true” or “correct” than the alternatives? Facing a difficult decision, one must first assess whether it can be determined reliably by factual data and logical reasoning, as sometimes occurs in math or physics. This is rarely possible within the social domain. As in law, causation is attributive here-serving not to explain facts, but to regulate behavior.12 Most problems are undecidable in this domain.

In psychiatric practice, it is often helpful to translate what appear to be individual psychodynamics into the “social brain” framework where most undecidable choices actually arise

Rational strategies fail in any of at least three different ways. One, unresolved ambivalence can paralyze constructive action. Two, defending a polarized position unnecessarily fuels discord and excludes the often shared data that are needed for optimum problem-solving. And three, attempting logical analysis where it does not and cannot apply results in simply spinning wheels and going around in circles.

What else, then? Human experience shows that people solve social problems primarily by relying on subjective factors such as personal beliefs, preferences, values, and priorities in order to find a solution that feels right. Deciding the undecidable always remains a leap of faith, or, a matter of intuition. There are neither any logical shortcuts nor any one single correct decision. Any decision or non-decision will have unanticipated side effects and complications. Most cases that are decided by the US Supreme Court are probably undecidable, which partly explains why the selection process for justices is so heavily value-driven and affect-laden.

In psychiatric practice, it is often helpful to translate what appear to be individual psychodynamics into the “social brain” framework where most undecidable choices actually arise-ie, an interactional perspective.13 So translated, more issues come to be considered as being widely shared. For example, most people begin intimate relationships with an assortative mating process of selecting for common beliefs, preferences, values, and priorities-and to this extent, shared ambivalences. But unique differences also tend toward a polarizing process, as an easier answer. And when such a pattern becomes established, this polarizing is apt to become self-sustaining and escalate the discord-at the expense of problem-solving.

We suggest a threefold path toward resolving such frequently occurring but intrinsically unnecessary conflicts.

3. Search for alternative ways to frame the situation in search of compromises and other ways to compartmentalize along different axes or binary dimensions. Such reframing lies at the core of psychotherapy-ie, how one party can help to change another party’s brain function without medically or surgically invading it.2,14,15

The potential to extend such intervention to large-scale social conflict is yet untapped. Decisive legal intervention helped to mitigate the recovered memory controversy.16 The abortion debate was tempered through compromise with face-saving in continental Europe, though it is still intractable in contemporary America.17 Competitive victim narratives are still lethal in the Near East, eg, those that rationalize the intractable conflict between Israel and Palestine,18 and the Great War eluded all diplomatic resolution.19

More reassuringly, reframing is being tested as a potentially viable way to address intractable conflict where sacred values are at issue.20 In all such cases, the parties had possessed common interest with shared ambivalence, selectively swung to opposite poles through binary thinking, and came into unnecessary but increasingly intractable conflict. Perhaps validating the nature of undecidable choices and shared ambivalence can offer more hope for human reconciliation.

This article is in memory of Johan Verhulst, MD.

There are no conflicts of interest concerning the subject matter of this article.

5. Angell N: The Great Illusion: A Study of the Relation of Military Power in Nations to their Economic and Social Advantage. New York, London: Putnam, 1911

7. Volkan V: The Need to have Enemies and Allies, from Clinical Practice to International Relationships. New York: Jason Aronson, 1994

8. Deutsch D: The Beginning of Infinity: Explanations That Transform the World.

10. Freeman WJ. Societies of Brains: A Study in the Neuroscience of Love and Hate.