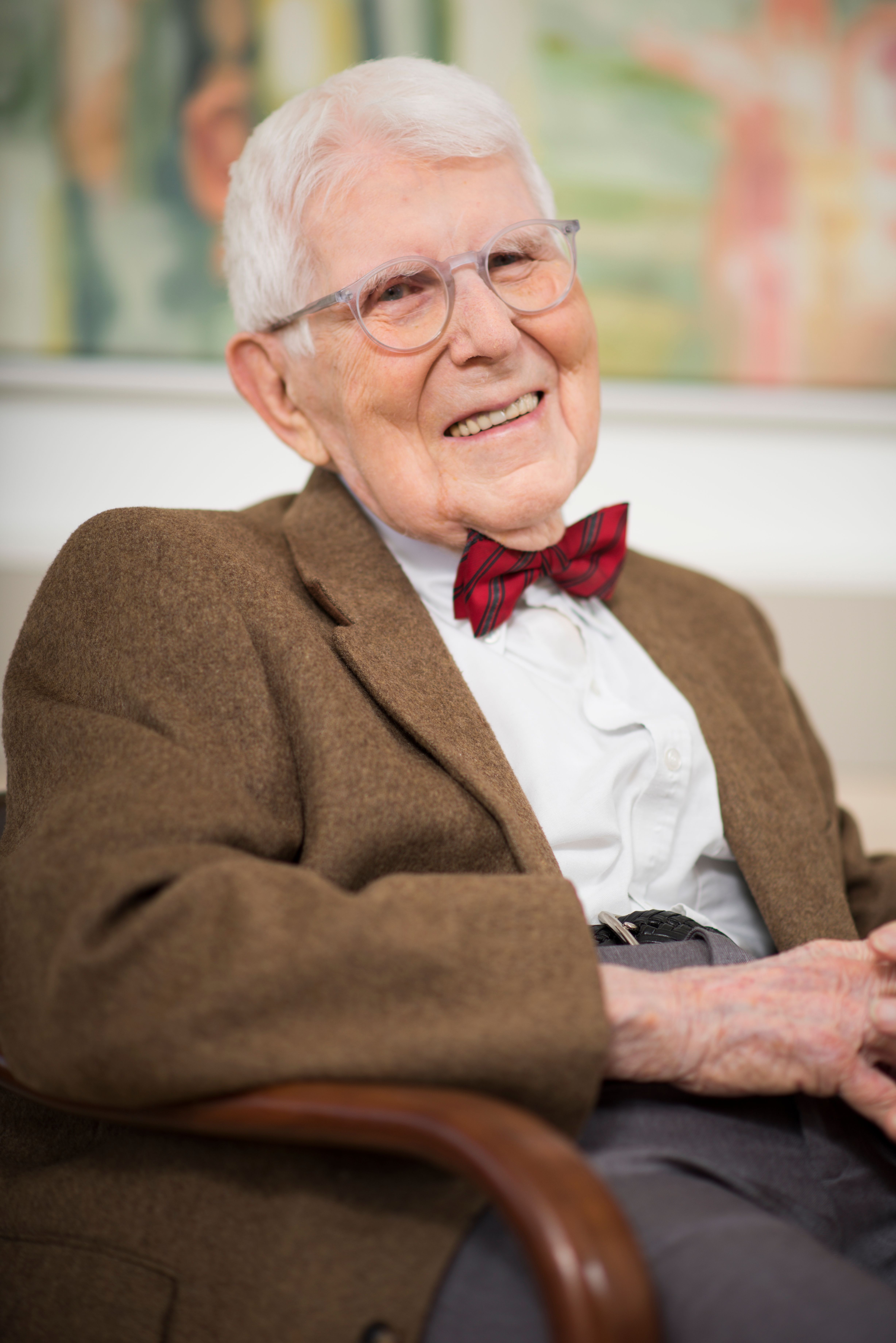 “There is more to the surface than meets the eye.”

Aaron T. Beck, MD, passed away peacefully on November 1, 2021, on All Saints Day in the Christian tradition, at the notable age of 100.

Beck was productive until that end. This fact, once again, shatters the expectation that most people would not continue to be productive after the age of 75 as proposed by medical ethicist Ezekiel J. Emanuel, MD, PhD, and was the overarching theme of our last set of eulogies in September, “In Memoriam: The Meaning of Age 75 in the Lives of Psychiatrists.”

A Brief History of Psychotherapy

The history of psychotherapy can conveniently be roughly broken into 2 parts over the 100 years of Beck’s life. It is important to understand psychotherapy from about his birth year of 1921 to 1971. During that time, Sigmund Freud seemed to be the father of the new field of psychotherapy. Freudian psychotherapy, which ranged from once a week to daily psychoanalysis, was based on his psychodynamic principles, including the importance of the relationship between therapist and patient in terms of the often unconscious countertransference and transference, respectively. Interpretation of the therapeutic relationship that, for example, might connect to an unresolved father-son Oedipal conflict, was deemed essential to insight and improvement. To be sure, it should be noted that Freud thought his theories were more useful for understanding the mind than for actually treating problems.

Such was the domination of Freudian ideas and psychotherapy during my own residency training from 1972 to 1975. I was not taught about cognitive therapy, the emerging new therapeutic modality that Beck had been developing. However, as soon as I was on my own on a southern army base, I needed psychotherapeutic techniques that could work quickly and that I could teach to my staff. Cognitive therapy to the rescue! I was soon to pick up on this new model and modality that has come to dominate psychotherapy over the next 50 years, from roughly 1971 to 2021.

After Beck had his own experience with Freudian concepts and clinical work, he came to recognize the importance of erroneous and negative cognition, especially in patients with depression. Often, that could start after childhood trauma. Instead of the Freudian idea that masochism led to depression, Beck pointed to low self-worth. Slowly, but surely, and overcoming disbelieving colleagues, he developed techniques to positively reframe these negative and inaccurate cognitive schema, and what could be accomplished in a much shorter period of therapeutic time. Their application then spread to a variety of other psychiatric disorders. Eventually, cognitive therapy became known as cognitive behavioral therapy (CBT) as behavior, such as substance abuse, was often improved as cognition changed.

Although it was said that it could not be used for psychotherapy because it was too complex and variable, Beck was able to research the process and outcomes of cognitive therapy so that it became replicable and evidence-based. Psychodynamic psychotherapy, with its complexity and variations, was found that much more difficult to do. Beck and his colleagues also developed manuals to learn and use, inventories of symptoms to monitor outcomes, and hundreds and hundreds of articles and books. Awards were plentiful. To institutionalize a resource center on CBT, he and his psychologist daughter, Judith S. Beck, PhD, founded the not-for-profit Beck Institute for Cognitive Therapy in 1994.

Late in his life, Beck was working to incorporate the recovery model into his CBT model—Recovery-Oriented Cognitive Therapy (CT-R)— so that patients with so-called serious mental illness like schizophrenia would feel empowered and valuable. Some of his concepts have also spread into wider society. In politics, his cognitive principles can be seen when one side or the other tries to positively reframe an issue to their liking.

Despite the differences in the approaches of Freud and Beck, they had some interesting commonalities, including religiously. Both were Jewish, and their discoveries fit well with Judaic teachings, including mystical unconscious meanings from Freud and realistic optimism despite trauma from Beck. Especially in regard to CBT and rabbinical Judaism, both conceptually share the conviction that humans can use their reason for self-improvement, control, and discipline. Freud stayed involved with B’nai B’rith, while Beck stayed involved with the Philadelphia Jewish community and Temple Beth Hillel-Beth El.

Family-wise and interpersonally, both had the blessing of daughters—Anna Freud and Judith Beck, PhD—who became professionals in the field and worked with their fathers to help spread and extend their ideas. Their concepts were not only taken up by other psychiatrist colleagues, but they were pleased at how much their ideas were welcomed by those of other mental health care disciplines.

In their inner search, both Freud and Beck used self-appraisal to develop their concepts: Freud in his interpretations of his own dreams and Beck with notebooks in which he wrote at least twice a day for his several years about his own “negative” thoughts. Both passed well beyond the age of 75, both staying productive.

To look positively at their particular ideas, it is better to consider Freud and Beck not as either/or, but both/and. Paradoxically, Beck’s saying, perhaps tongue-in-cheek, that sometimes there is more to the surface than meets the eye is an in-depth approach in itself to cognitive conscious thoughts, whereas Freud’s was an in-depth approach to inner unconscious beliefs. Both can be important and useful. Both concepts led to related innovations in psychotherapy. Both psychiatrists also had others who influenced them; in Beck’s case, that was particularly Albert Ellis, PhD, founder of rational emotive behavioral therapy.

With such revolutionary ideas, both Beck and Freud were subject to criticism. Cognitive therapy was accused of being too superficial, ignoring emotionality, and just a passing morale booster. However, its sound research validation made most criticism inconsequential over time. Nevertheless, Beck did not seem to engage in Freud bashing and sometimes said he was Neo-Freudian. No professional Oedipal conflict here!

I was inspired to write this eulogy the day after Beck passed away. Coincidentally, it is November 2, the traditional Mexican Day of the Dead, where souls of the ancestors are welcomed back. No need to have a special day to remember Dr Beck. Even if he and his more common-sensible ideas did not grab the public’s attention like those interpretations of Freud, he can be said to be the father of psychotherapy over the last 50 years. His ideas have so infused psychiatry that he is with us every day of our work.

Dr Moffic is an award-winning psychiatrist who has specialized in the cultural and ethical aspects of psychiatry. A prolific writer and speaker, he received the one-time designation of Hero of Public Psychiatry from the Assembly of the American Psychiatric Association in 2002. He is an advocate for mental health issues relate to climate instability, burnout, Islamophobia, and anti-Semitism for a better world. He serves on the Editorial Board of Psychiatric TimesTM.