Antidrug vaccines represent an exciting area of development in the pharmacological treatment of chemical dependency. In addition to the clinical trials being conducted on vaccines for cocaine and nicotine dependence, preclinical development of vaccines for methamphetamine and heroin is ongoing. 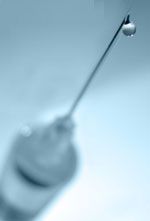 Substance use disorders (SUD) are recognized worldwide as causes of negative medical, psychological, and social outcomes, and they result in significant personal consequences for affected persons, their families, and society at large. Treatment of SUD has focused on a combination of pharmacotherapy and behavioral therapies in an effort to improve patients’ chances of successfully entering and maintaining recovery.

Antidrug vaccines are a potentially important class of medications currently under investigation. They represent yet another frontier in the ongoing quest for novel pharmacological strategies that could be easily integrated into treatment plans to reduce substance use and establish abstinence. Ultimately, these vaccines reflect an important shift in our conceptualization of drugs of abuse, ie, that these substances are “foreign” and that the body’s own defenses can be used against them.

Drugs of abuse act centrally on the reward and reinforcement pathways of the brain. After introduction into the body, via oral, intranasal, inhalation, or intravenous route, these substances rapidly enter the brain to activate target neurotransmitter systems. One factor of particular importance in addiction pharmacology relates to the size of the molecule, because substances of abuse must be small enough to traverse the blood-brain barrier. Once in the brain, the initial common pathway of the addictive process is through stimulation of dopamine release from the ventral tegmental area to the nucleus accumbens; this, in part, determines the addictive liability of a substance.

Although the use of a vaccine to treat chemical dependency-an illness characterized by its multifactorial etiology and biopsychosocial underpinnings-sounds like a concept from the pages of a science fiction novel, the field of addictions treatment is much closer than many may realize. Interestingly, the idea of treating SUD using immunological means was introduced almost 40 years ago.

In 1972, based on an animal study, Berkowitz and Spector1 published their findings on the creation of a morphine vaccine. In rats, administration of a morphine hapten–bovine serum albumin (a carrier protein) was found to result in the creation of antimorphine antibodies. These antibodies were observed to reduce the plasma concentration of the drug in rats and to decrease self-administration of heroin in rhesus monkeys.2

In 1986, Owens and Mayersohn3 highlighted the ability of antibodies to sequester substances of abuse within the circulatory system. The researchers first characterized the pharmacokinetics and clearance of phencyclidine (PCP) in dogs.4 They followed this study by creating antigen-binding fragments through a process of passive immunization. Goats were immunized with PCP, which generated high-affinity antibody proteins that were then collected from the animal serum and purified. In their final experiment, they administered PCP to dogs and used the PCP-specific antigen-binding fragments to bind the drug, confining it to the plasma and limiting its distribution into tissue.3

What is already known about antidrug vaccines?
? They are medically safe and effective in reducing abuse of cocaine and nicotine in humans through a mechanism of competitive antagonism.

What new information does this article add?
? It provides a brief summary of the studies done with these vaccines over the past 15 years when they were first tested in humans and updates the status of their development in ongoing multisite randomized clinical trials.

What are the implications for psychiatric practice?
? Addictions, particularly nicotine dependence in psychotic patients, are the most common disorders in psychiatric practice. Nicotine has a few pharmacotherapies, but no blocking therapies, and the efficacy of existing treatments is relatively limited. Medical safety issues have also arisen with varenicline, the most effective agent, which is a partial blocker. Cocaine addiction has no FDA-approved therapies. For both these disorders, vaccines are significant additions to the treatment options and should be available commercially within a few years.

Since that time, additional studies of passive immunization for treatment of SUD have been conducted. Antibodies specific for methamphetamine, heroin, and morphine were shown to bind these drugs in the circulation, to reduce euphoric effects and symptoms of toxicity, and to protect against overdose. These agents are akin to other immunoglobulin treatments for a wide array of illnesses, including malignancies and infectious diseases.

Antidrug vaccines work via active immunization, where administration of the vaccine triggers an immunological response against the agent.5 Immunological memory is created, whereby re-exposure to the agent (ie, through booster injection) results in amplification of the initial response. Because the immune system has been primed by vaccination, later introduction of the agent produces an antigen-specific, IgG-mediated antibody response. These antibodies bind the substance of abuse and create immune complexes too large to cross the blood-brain barrier; as such, they trap the drug in the circulation and allow it to be cleared from the system. The individual’s subjective experience (ie, euphoria) and reward are reduced, which also affects the reinforcing nature of the drug.

Drugs of abuse do not typically cause the user to mount an immunological response with the creation of antibodies capable of binding and clearing the substance. Thus, in creating antidrug vaccines, the targeted substance of abuse (ie, drug hapten) must be conjugated to a molecule that carries immunogenicity-such as a foreign carrier protein (eg, inactivated cholera toxin, bovine serum albumin). The effectiveness of the vaccine is then measured by its ability to create antibodies with specificity and high binding affinity for the drug of abuse and the robustness of the antibody response, ie, the concentration of antibody produced.6

The cocaine vaccine, TA-CD, is a cocaine hapten conjugated to inactivated cholera toxin B (Table 1). The vaccine induces a cocaine-specific antibody response. Antibody-bound cocaine molecules are then broken down by cholinesterases in the circulation, which convert cocaine into inactive metabolites that are subsequently excreted.7

In the phase 1 trial (N = 34), TA-CD demonstrated an ability to induce the creation of cocaine-specific antibodies in all vaccinated subjects.8 Participants reported attenuation in their subjective experience and euphoria from smoked cocaine.7,9 The antibody levels did not persist beyond 1 year; the immunological effect appeared to last approximately 2 to 4 months following the final vaccination, as evidenced by a decline in the level of circulating antibody within that time span.

Overall, the safety profile for the vaccine was quite favorable. Almost all recipients (33 of 34) reported local pain and/or tenderness at the injection site, with no difference between active-treatment and placebo groups. Treatment-related systemic adverse effects that occurred in both groups included tachycardia, elevated temperature, and hypertension.8 It is important to note that there were no serious adverse effects during the 12 months of follow-up.7

In the phase 2a trial (N = 18), TA-CD was administered at 2 dose levels (100 µg × 4 injections, or 400 µg × 5 injections). The vaccine demonstrated an ability to elicit an immunological response in participants from both the low- and high-dose groups.7 Participants from both groups developed cocaine-specific antibodies that persisted for at least 6 months.10 Mean antibody levels were higher in the high-dose group. Persons in this group were also more likely to remain abstinent at 6-month follow-up (89% of the low-dose group experienced a relapse vs 43% of the high-dose group). Sixteen of 18 participants (89%) successfully completed the study; there were no hospitalizations, deaths, or serious adverse effects.7 The 2 participants who did not complete the study received only 1 vaccination and did not report any adverse effects before discontinuing treatment.

In the initial phase 2b trial (N = 115), either TA-CD, at a single dose level (360 µg × 5 injections), or placebo was administered to cocaine-dependent, methadone-maintained participants. Those who received the vaccine were analyzed according to response and stratified into high- and low-antibody–producing groups. The high-antibody group showed a greater percentage of cocaine-free urine samples.11 The safety profile of the vaccine was favorable: all severe adverse effects were deemed unrelated to the vaccine. At present, TA-CD is undergoing large-scale, multicenter, phase 2b clinical testing.

There are 3 nicotine conjugate vaccines, NicVAX, NicQb, and TA-NIC (Table 2). NicVAX is composed of a nicotine hapten linked to Pseudomonas aeruginosa exoprotein A. NicVAX is currently in the second of 2 phase 3 clinical trials; in previous studies, it has been found to produce antibody titers in a linear dose-response fashion.12,13 The nicotine-specific IgG antibodies produced resulted in a reduction of smoking among vaccinated persons, rather than compensatory smoking behavior.13

NicVAX was well tolerated from a safety standpoint. Local reactivity at the site of vaccination was seen in both placebo and treatment groups, which suggests that these events were related to the adjuvant, rather than vaccine, components. There were no significant differences between groups in terms of commonly reported systemic adverse effects (ie, malaise, headache, myalgia).13

A nicotine hapten structurally similar to that used in NicVAX makes up the core of NicQb. With the NicQb vaccine, however, the nicotine hapten is conjugated to a virus-like particle formed by recombinant expression of the protein coat of bacteriophage Qb.14 Moreover, this vaccine is not mixed with an aluminum adjuvant, as is the case with most vaccines.15 In a phase 2 trial, there was no statistically significant difference in rates of continuous abstinence between vaccinated persons and controls (P > .05).14 However, when stratified according to antibody response, those with high antibody production had higher continuous abstinence rates than those who received placebo (56.6% vs 31.3%); the difference between the groups was statistically significant.

Similar to the cocaine vaccine, TA-NIC is composed of a nicotine hapten conjugated with inactivated cholera toxin B. During the clinical trial to assess safety and immunogenicity of the vaccine, participants demonstrated the ability to mount an immunological response, with serum antibody levels that increased significantly (P > .05) after each subsequent dose. Higher quit rates were observed in the high-dose vaccine group than in the control group (38% vs 8%). Note, however, that because of the small cohort size, statistical analysis was not reported.15,17

Antidrug vaccines represent an exciting area of development in the pharmacological treatment of chemical dependency. In addition to the clinical trials being conducted on vaccines for cocaine and nicotine dependence, preclinical development of vaccines for methamphetamine and heroin is ongoing. Future directions for vaccine trials will likely focus on the use of booster injections to prolong antibody effects and methods for combining immunotherapy with current behavioral approaches.

As we think about the implications of this treatment, alleviating the suffering of those struggling with active addiction might only be the first step. Although years away, there may be a day when those persons at increased risk for chemical dependency (because of factors such as family history) may elect to prophylactically receive antidrug vaccines in an effort to reduce their likelihood of progression to addiction. Therefore, it is important that our ongo-ing conversation about this pharmacotherapeutic option strike a balance between the practical implications of vaccines, ethical considerations of treatment, and financial realities within society.

Berkowitz B, Spector S. Evidence for active immunity to morphine in mice.