When it comes to treating ADHD, not all medications are alike. 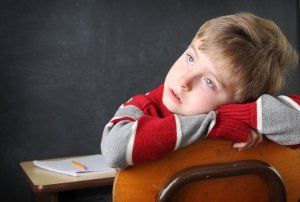 Not all medications are alike, particularly when it comes to drugs for the treatment of ADHD. The FDA weighed in on the generic for Concerta back in 2014,1 and now a case series has shown that the generic methylphenidate extended release (ER) formulation that incorporates osmotic controlled-release oral-delivery system (OROS) technology may provide better, longer control of inattention than non-OROS formulations.2

Generic ER methylphenidate, indicated for treatment of ADHD, is marketed by Activis, Mallinckrodt, and Kremers, but Activis manufactures the only OROS generic and, therefore, the only generic deemed by the FDA to be bioequivalent to brand-name Concerta.

OROS technology enables drug-release that simulates tid dosing and, thereby, provides most patients with symptom relief through the school day to early evening. Non-OROS ER formulations may not provide the same level of coverage-a caveat related in anecdotal reports.3

In a step towards greater clarity on the issue, a trio of researchers from the Medical University of South Carolina in Charleston examined the effectiveness of OROS and non-OROS methylphenidate ER in 14 patients with ADHD, aged 8 to 16 years.2

The patients were identified, during routine treatment monitoring of patients with ADHD, as not receiving therapeutic benefit during the school day despite dosage titration. Further investigation revealed that they were receiving non-OROS generic formulations of ER methylphenidate.

Mean score on the Inattention Scale at the time of diagnosis was 81.1, in the clinically significant range (T-score > 65), and treatment with non-OROS medication did not have much of an impact on inattention symptomatology, with a mean T-score reduction of only 1.14 (P = .7761).

When patients were changed from non-OROS to OROS, T-scores on the Inattention Scale were reduced by a mean 23 points (P < .0001) to the nonclinically significant range (T-score < 65). When T-scores from time of diagnosis were compared with those after OROS treatment, a mean reduction of 25 points was seen (P = .0004). The impact was evident in both patients with combined type or predominantly inattentive type ADHD.

The results provide empirical support for the FDA’s stance on generic Concerta, said the researchers. They called for randomized clinical trials to further explore their findings.