Call Me by Your Name: Not Pedophilia, Still Problematic

The typical trials of an teen working to understand sex and intimacy is compromised by an inappropriate power dynamic in this film, according to the authors. 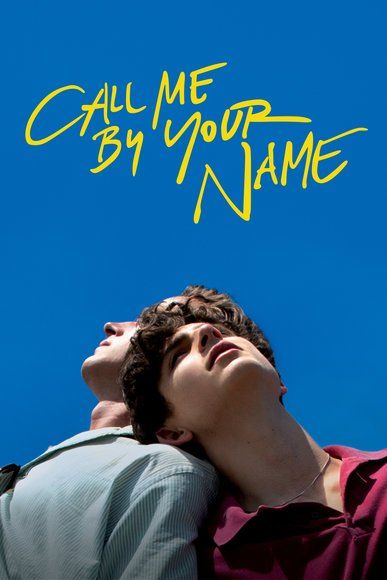 The 2017 blockbuster film, Call Me by Your Name (directed by Luca Guadagnino) draws the moviegoer into the romantic and sexual development of Elio, a 17-year-old adolescent boy living in Northern Italy. The viewer watches him run through the typical trials of a teen working to understand sex and intimacy. At the start, he has a girlfriend who appears close to his age, with whom he experiments romantically. When a 24-year old American graduate student named Oliver moves into his house to study with Elio’s father, a professor, the movie takes an unexpected turn.

As Elio and Oliver spend time together exploring the town, their relationship becomes flirtatious. Elio finds himself sexually attracted to this older man but does not share his feelings with anyone. In Oliver’s early move, he gives Elio a massage while they’re outside. Elio, embarrassed, recoils. Elio next has sex with his girlfriend and relays this to Oliver, hoping for a jealous reaction. We then watch Elio sneak into Oliver’s room to smell his bathing suit. The process of Elio coming to understand his sexuality and how to communicate these things is a cumbersome process, and it all plays out onscreen.

Later in the film, Elio openly expresses his affection to Oliver. Oliver immediately tells Elio that they cannot act on this attraction, although he does not give an explicit reason why. Given that the movie takes place in the 1980s in Italy, the main fear is likely the stigma of homosexuality. The age consideration is likely an afterthought, particularly as the age of consent in Italy is 14. Despite Oliver’s initial hesitation, the two eventually initiate a sexual relationship. Elio’s parents seem to endorse this, and they approve for the two to go on a trip to Bergamo together.

Scenes quickly escalate to Elio and Oliver running drunk through the streets of Italy. Graduate student Oliver manages his alcohol tolerance well. Teenager Elio throws up, and Oliver subsequently kisses him-there is an implication that they then have sex. Questions of consent are raised in the viewer’s mind but not discussed in the film. Is it appropriate for a 24-year-old experienced in drinking to have sex with an inebriated and vomiting 17-year-old? Little is mentioned, and after the three-day fling, Oliver leaves and Elio returns home heartbroken. Elio’s father consoles him and speaks fondly of the experiences Elio has had with Oliver, suggesting he should savor the memories.

Developing intimacy as a gay or bisexual adolescent

Much of the movie is realistic. The adolescent process of developing romance and sexuality is complicated. For gay and bisexual young boys, it can be even more challenging. These kids are often afraid to talk to their parents or other confidants about their romantic and sexual interests for fear of rejection, and instead they go underground. In Elio’s case, he did not discuss his sexual exploration with anyone other than Oliver, who given his older age and experience, had significant power in the relationship and the potential to be exploitative.

Today in the US, the parallel activity is for teenage boys to experiment sexually online and on social networking apps (eg, Grindr). Taken together, data from the CDC1 and a recent study by Macapagal and colleagues2 suggest that one in four gay and bisexual boys between the ages of 14 and 17 are on these “hookup” apps. A total of 69% have had sex with someone from the apps and only 25% use condoms consistently.2 Because young gay and bisexual boys are exploring their sexuality in secret, they are vulnerable to exploitation and abuse. In a recent piece in Vice, gay and bisexual young men opened up about how they were exploited, in secret, by older men on these apps purportedly geared toward adults.3

Some of those relationships between younger boys and older men, the sort of coming of age relationships, the relationships in which those older men help those young boys to discover who they are and give them security and safety and provide them with love and a reliable and sort of a rock where they can’t speak to their parents.

This is a cognitive distortion. It’s true that these young gay people need support and affirmation. It should not be in the context of a “relationship” with an older man who can be exploitative.

Elio’s father provides him with a strong message of affirmation at the end of the movie, accepting him for his homosexuality instead of shaming or chastising him. There is strong data that such messages of affirmation are associated with better mental health for LGBT kids.5 What was missing, however, was any concern about whether the relationship may have been dangerous. His father did not ask a single question about whether Elio felt in control in the relationship, if the power-dynamic was problematic, or if his sex was safe and consensual.

Age of consent varies dramatically from place to place. In Italy, the age of consent is 14. In California, it’s 18. Some have pointed out that these cutoffs are fairly arbitrary. What these laws are likely reaching toward is an understanding of when a relationship is developmentally inappropriate. In the case of Elio and Oliver, many viewers are likely uncomfortable because the poised and mature graduate student Oliver seems to have a strong power differential over Elio, who is younger and dependent on his parents. Elio’s immature limerence for the more confident and worldly Oliver may appear to come as a potential setup for manipulation.

Although this film may empower gay adolescents to embrace their sexuality, the film is not without peril. Critiques have chastised this film as “pedophilic.” This film is not about pedophilia (sexual attraction to prepubescent individuals) or hebephilia (sexual attraction to peripubescent individuals). This film is about sexual predation. Oliver looks much older than his reported age of 24 while Elio looks like a very young 17-year-old. The power disparity in the relationship is clear. Elio is fragile and sexually naive. Oliver is experienced and directive in the relationship. One could argue that Oliver grooms Elio by moving into the household, spending time with him, endearing trust before advancing to a sexual relationship that is secretive. Elio’s parents are portrayed as supportive of the relationship.

In the end, Elio is heartbroken when he learns that Oliver has moved on to another relationship. In the scene in which Elio’s father speaks favorably about the connection, there is no discussion about whether Elio felt manipulated or exploited. As is common with grooming, onlookers don’t identify or question the coercive nature of the relationship. Heralding such a film as a “masterpiece” is dangerous because it dismisses the exploitation in the relationship and is yet another example of the public’s reluctance to identify problematic sexual behavior. In light of the “Me Too Movement” and the endeavor to eradicate sexual abuse bred by an inappropriate power dynamic, this film promotes a dangerous message.

This article was originally published on 8/17/18 and has since been updated.

3. Hanna B. Young Gay Men Talk About the Dangers of Having to Hide Their Love Lives Vice. March 14, 2018. https://www.vice.com/en_us/article/59k4vq/young-gay-men-talk-about-the-dangers-of-having-to-hide-your-dating-life. Accessed August 16, 2018. 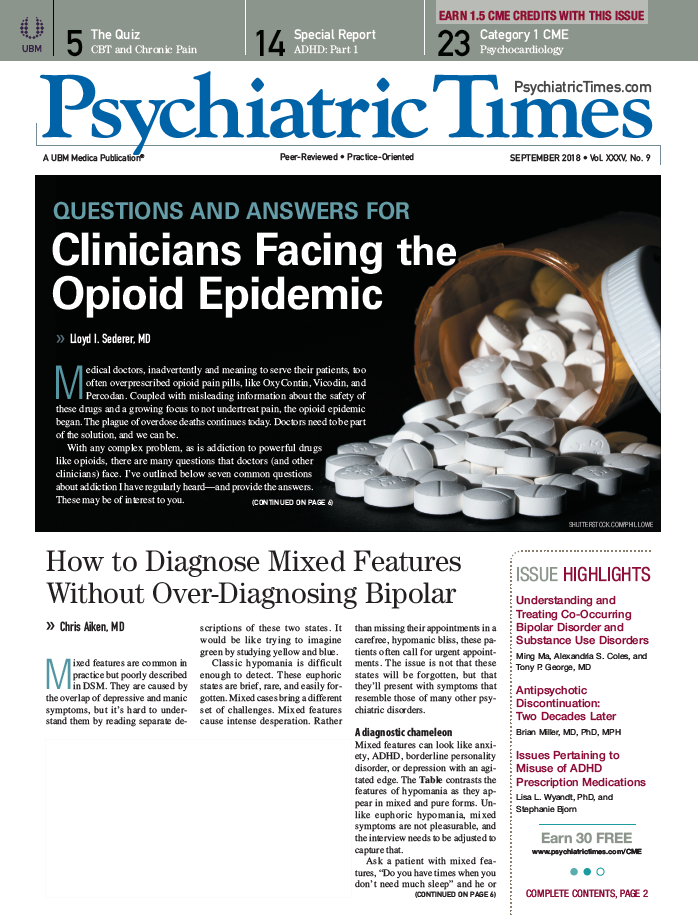 Introduction: The Evolution of ADHD
Do Diet and Nutrition Affect ADHD? Facts and Clinical Considerations
Issues Pertaining to Misuse of ADHD Prescription Medications
Culturally Competent Approaches to ADHD: Issues in African-American Populations
Understanding and Treating Co-Occurring Bipolar Disorder and Substance Use Disorders
The Quiz: Cognitive-Behavioral Therapy and Chronic Pain
Is Kansas a Real Place?
Questions and Answers for Clinicians Facing the Opioid Epidemic
Psychocardiology: Understanding the Heart-Brain Connection: Part 1
The Perfectionist
The Poet
Psychosocial Treatments for Trauma-Based Nightmares
Call Me by Your Name: Not Pedophilia, Still Problematic
A New Treatment for Bipolar Depression: Part 1
How to Diagnose Mixed Features Without Overdiagnosing Bipolar
Related Videos
Related Content