A new CDC guideline on prescribing opioids for chronic pain has only added to the media attention being focused on opioid abuse and addiction. But what does the guideline really offer? 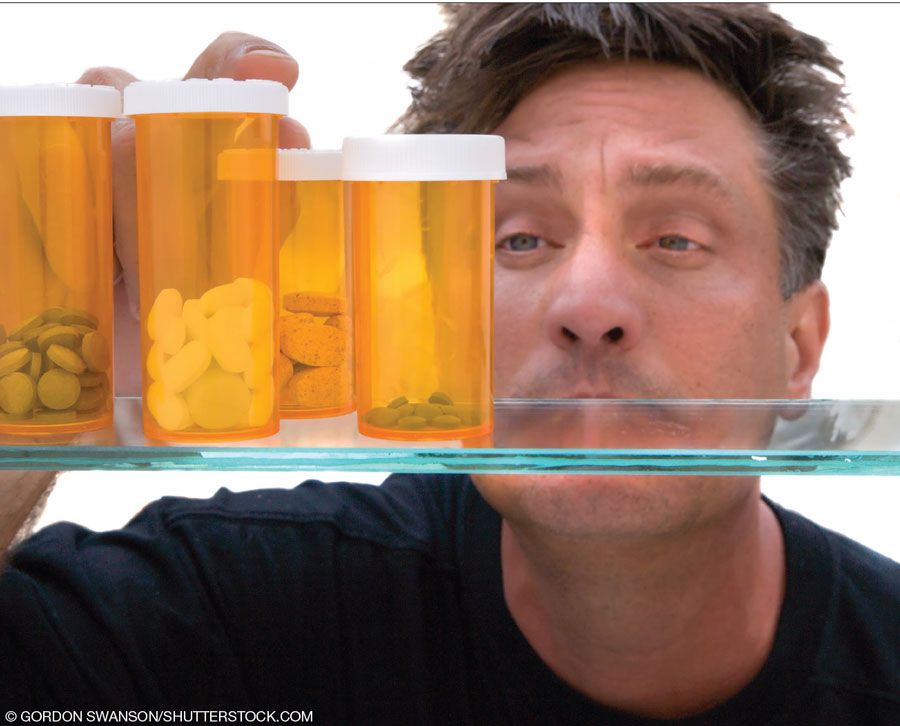 Over the past few months, few things apart from the presidential election and terrorism have received more media attention than prescription opioid abuse and addiction. Congress has held hearings and passed bills-although as I write this, none have become law.

Adding to the attention was the release of a guideline on prescribing opioids for chronic pain by the CDC.1 From much of the media coverage of the guideline, it would be easy to assume that its recommendations are a revolutionary departure from guidelines issued by other professional organizations; that its goal is to warn physicians away from prescribing opioids even for patients who need them; that it imposes onerous limitations on physicians; that it will prevent physicians from prescribing opioids for acute and cancer-related pain; and that in some mythic struggle between those health care professionals who treat pain and those who treat opioid misuse, the latter won.

What the guideline actually says

All of these are misconceptions. First, following the guideline is purely voluntary and although it does provide a checklist for primary care physicians (the target audience for the guideline) to use when considering prescribing opioids, using it is in no way mandatory. The extent of misunderstanding of the guideline is indicated by a New York Times story on a primary care physician, who stated he now had to “go through an extensive prescription checklist” and “limit use of opioids.”2

The guideline makes it clear that it is meant to apply to patients with chronic pain-not those with acute pain. It does make physicians aware that many patients treated with opioids for acute pain will end up using them if the pain becomes chronic, and therefore we should be more reflective when deciding whether these patients actually need an opioid and for how long. The guideline does not apply to those who are being treated for cancer or who are receiving end-of-life or palliative care.

So what does the guideline actually say? I would encourage you to read the full guideline or at least the detailed summary of its recommendations or even the one-page checklist containing these.3,4

Many psychiatrists do not prescribe opioids for pain. But because the guideline has relevance to the management of opioid use disorder, I think it is important for all mental health professionals to be aware of its contents.

The guideline contains 12 specific recommendations. These include evaluating the impact of treatments on level of functioning in addition to the pain; establishing clear goals for their use; discussing risks and benefits of their use with patients; prescribing lowest effective doses; re-evaluating the benefits and harms from the drugs on a regular basis; and utilizing state prescription drug monitoring programs to be included. That there is even any need for a number of them indicates the deficient knowledge many physicians have about managing chronic pain in general and the use of opioids in particular. It is frightening that anyone would be prescribing opioids for chronic pain without already being aware of all of these.

The guideline recommends trials of nonpharmacologic and nonopioid therapies for chronic pain before proceeding to opioids. It notes that although there is little research demonstrating the benefits of opioids for chronic pain, there is more research that demonstrates the benefits of these other approaches. We know that physical and occupational therapies and cognitive-behavioral therapy can be quite beneficial. As for medications, much of the public and, sadly, many health care professionals still believe opioids are always the optimal analgesics when in fact the agent of choice very much depends on the type of pain.

The guideline recommends always starting patients on immediate-release/short-acting (IR/SA) opioids instead of extended-release/long-acting (ER/LA) ones. This makes sense for a number of reasons. ER/LA drugs take several days before maximal analgesic effect is attained, and dose titration with IR/SA drugs is much easier. Also, if the patient has never taken the medication before and an adverse event does occur, it is better that the medication be cleared more quickly from the body. Finally, there is little evidence ER/LA opioids are any more beneficial than the IR/SA ones.

The guideline also states the importance of evaluating risk of misuse in all patients with chronic pain for whom opioids are being considered. It found little to support the predictive value of screening instruments such as Opioid Risk Tool (ORT) and the Screener and Opioid Assessment for Patients with Pain-Revised (SOAPP-R). Apart from an increased risk of opioid misuse disorder among patients with a history of substance abuse or mental illness, we really lack anything that would help us predict which patients are going to end up misusing opioids. This is why ongoing assessment of every patient at regular intervals is necessary, even though this takes time and effort by prescribers.

I am very happy the guideline warns against prescribing opioids to patients who take benzodiazepines. Although we know that taking these 2 classes of drugs together markedly increases the risk of overdose deaths and that benzodiazepines reduce the analgesic effects of opioids, they are still frequently prescribed together.

There are 2 recommendations in the guideline about which I have some concerns because of the lack of evidence to support them. The first is the recommendation for urine drug testing (UDT) before starting opioid therapy and using it at least annually. I have no problem with UDT if its limitations are recognized. My concern is that physicians may end up solely relying on it to determine whether patients are abusing the medications or are being deceptive about what drugs they are using.

Most primary care offices are not set up for patients to supply what anyone would think of as being anything close to valid specimens. Because we are trying to catch the deceivers, we should assume that these are the ones who will try to game the system. Thus, if they are going to a new physician for the first time to seek an opioid prescription and fear that their UDT might reveal something that might make the physician hesitant to provide the prescription, they could conceivably supply a clean specimen from someone else. The guideline acknowledges that there is as yet no literature demonstrating that UDT reduces the risk that patients will misuse prescription opioids.

I am also concerned about the recommendation for use of buprenorphine or methadone for opioid use disorder. This recommendation is fine for those patients in whom this disorder developed after using opioids for non-medical reasons, but there is no evidence that it applies to patients who were treated with opioids for pain and who subsequently had problems with them-ie, iatrogenic opioid use disorder.

The guideline does note that the studies on these treatments have primarily included abusers with a history of illicit drug use-not those started on these drugs for pain. However, I find it disturbing that a commentary on the guideline coauthored by the director of the CDC, Dr Thomas Frieden, simply states, “For patients who become addicted to opioids, treatment with methadone, buprenorphine, or naltrexone improves outcomes,” without acknowledging the lack of evidence for this for those with an iatrogenic disorder.5 Another recent article coauthored by the director of the National Institute on Drug Abuse, Dr Nora Volkow, similarly notes that iatrogenic opioid addiction exists, but makes the same treatment recommendations.6

These 2 papers and the guideline also pay little attention to the fact that addressing the opioid misuse without addressing the pain is unlikely to result in a successful outcome. It is unfortunate that the guideline and 2 of the top federal government experts on health care don’t recognize this. I believe that this reflects the fact that most pain specialists know very little about substance abuse and few substance abuse experts have much knowledge about pain management.

I have one final concern about the guideline. I fear that it and probably in many cases the one-page checklist alone may be considered by many to take the place of formal education on pain management and prescribing opioids that so many physicians lack. This fear was increased by an announcement from the White House that 61 of the 172 MD- and DO-granting schools in this country have agreed to “require their students to take some form of prescriber education” in line with the CDC guideline.7

Although I welcome this announcement, especially because many physicians prescribe opioids without enough education on doing so, it depends on the nature of the education. To really follow the guideline, prescribers need to be aware of not only issues of how to correctly use opioids, but also the other available treatments for chronic pain and the appropriateness of each for individual patients. It took me a year-long fellowship in pain management to learn this. I don’t believe it can be taught in the few hours the medical schools will probably afford it.

Until medical schools finally recognize that chronic pain is a complex problem and integrate education on it throughout all 4 years, little will improve in the management of pain.