The Coercive Cycle: A School to Prison Pipeline?

The authors discuss abusive disciplinary practices that continue to this day despite considerable evidence to the contrary and share thoughts and implications for psychiatrists. 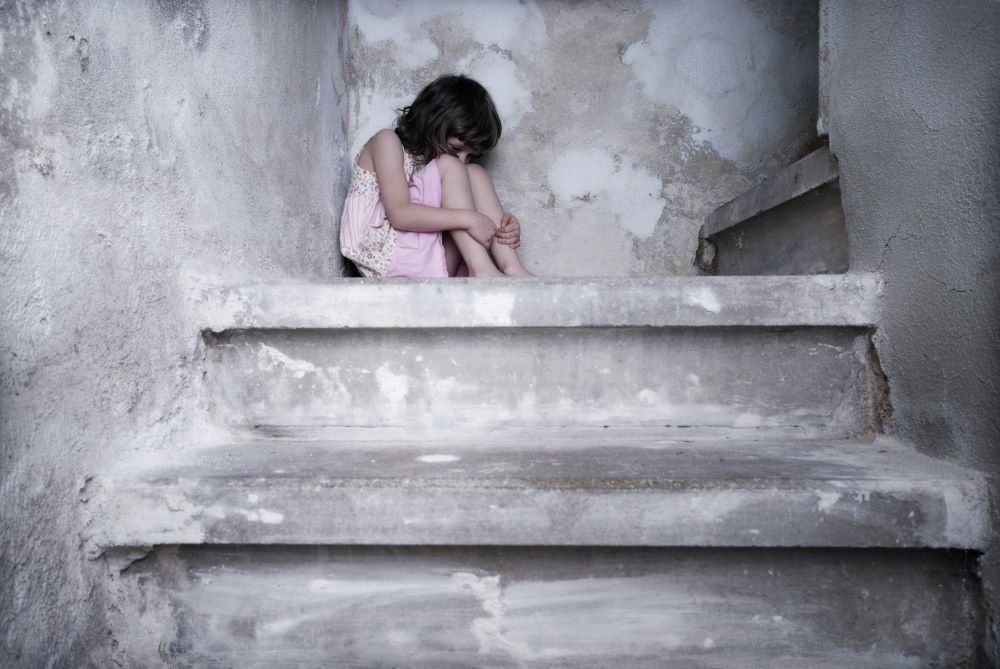 Seclusion, the disciplinary practice in which a child is placed in a location that isolates them from peers and adults, has long been considered controversial.1,2 Seclusion emerged as a common practice within special education during the 1960s and 1970s and has, in more recent decades, increased in general education settings despite the lack of evidence that it is effective.1 In fact, seclusion has been associated with negative physical and psychological outcomes, including death, and children with disabilities and mental health needs are at increased risk for seclusion relative to their peers.3

This past November, the Chicago Tribune in collaboration with ProPublica, published a report on the use of seclusion for children and youth in schools and special education settings across Illinois.4 The report revealed shocking abusive practices, including long-duration seclusions for young children, lack of adult oversight, and overly harsh discipline for minor infractions. As noted in the report, seclusion is banned in four states and restricted in sixteen others. Following the report, Illinois issued new guidelines and now bans this practice.5

More recently, a group of Illinois congressional representatives issued a letter to the Secretary of Education asking her to ban all seclusions in educational settings nationwide. As noted in these reports and letters, there is no therapeutic rationale for long-duration seclusion, and there are many more viable and effective alternatives.6 Moreover, findings indicate that abusive disciplinary practices in schools are disproportionately applied to youth of color with significant disruption in their learning; often referred to as the school-to-prison pipeline.7

According to the recent collaborative report from the Chicago Tribune and ProPublica, only 19 states have banned school seclusion, and such practices are not regulated by federal law.4 In this article, we discuss the reasons for the maintenance of abusive disciplinary practices with youth despite considerable evidence for more effective alternatives, suggest a renewed focus on reducing disparities and promoting equitable funding across communities, and share thoughts and implications for psychiatrists.

Harsh discipline with children-whether it is corporal punishment by parents or overly punitive practices in schools-has long been established as ineffective and counter-productive, yet it remains a common practice.8 Harsh disciplinary practices lead to high rates of childhood aggression and delinquency, with strong intergenerational transmission.9,10Gerald Patterson, PhD, and colleagues11 at the Oregon Social Learning Institute first identified what they termed coercive family processes: escalating child misbehavior is met with escalating punitive practices by parents. They noted that the adult overuse of punishment is often a model for the child to use aggression to solve problems with peers or teachers. Their research led to the development of a generation of programs to teach parents and teachers alternative discipline practices.12,13

Several decades of experience in urban schools in Philadelphia and Chicago provided our research team with more than enough anecdotal evidence that the coercive cycle was a well-established pattern, but empirical data were lacking to document the nature and extent of disciplinary practices. In collaboration with a principal at one Chicago Public School in which we were consulting, we collected and catalogued disciplinary records for all 3rd through 8th grade students (N = 314) for an entire school year.14

We found that the coercive cycle was in place for some but not all students. Specifically, being disciplined was a deterrent for about 20% of students; after being disciplined in the fall, they did not receive any other discipline for the rest of the school year. In general, their infractions were minor, such as not wearing a school uniform or talking out in class, and the consequences less severe-detentions rather than expulsions. For them, the punishment accomplished its goal of discouraging misbehavior.

But for another quarter of the students, the findings were more troubling. Their infractions were more serious (eg, fighting, cursing) and the punishment more severe (expulsion rather than detention). Of even more concern, being disciplined led to increased disruptive behavior throughout the school year. As a group, these students were rated as highly aggressive by teachers and were less popular with their peers. Based on the escalation of their disruptive behavior, the consequences appeared to serve as a reward not a punishment. That is, for these students, being removed from the classroom may have been preferred over remaining in a classroom, which was supposed to be a negative experience for them. Teachers were also relieved with the removal of disruptive students from the classroom, because it allowed them to resume their teaching. Thus, for these students, the coercive cycle was fully entrenched (Figure).

Children with autism spectrum disorder comorbid with ADHD had especially high rates of harsh discipline.15 Reducing the use of parental harsh discipline was found to be especially important for preschool children with ADHD through reduced autonomic responding associated with anger management and emotional behaviors.16 A recent study of disciplinary practices in high schools and middle schools in Maryland noted high rates of suspension for students with disabilities. This was especially pronounced in low-achieving schools serving students in areas of lower socioeconomic status.17

The processes supporting the coercive cycle are well established behavioral patterns that can be difficult to modify, and the stakes in psychiatric and special education facilities are even higher. In fact, following the ProPublica and Chicago Tribune report, the Illinois State Department of Education issued a statewide ban on seclusion in child psychiatric facilities only to lift the ban in favor of increased monitoring after programs indicated that without these procedures they would need to discharge their most aggressive youth.18 Clearly, the state was unprepared to accommodate these facilities to fully address the needs of these youth.

From a psychiatric public health perspective, this report and the subsequent responses highlight the urgent need to address the poor state of public education for our most vulnerable youth. It is understandable that legislators and advocates are looking to government officials to ban abusive practices, such as seclusion, but a focus only on what not to do will likely only push this problem further underground. It is not a lack of knowledge that is perpetuating these abusive practices, but a lack of willingness to fund programs, and staff, at levels needed to assure effective practices.

Some three decades ago, our research team consulted at a large state psychiatric hospital outside of Philadelphia and saw first-hand how staff shortages and lack of training led to abusive disciplinary practices.19 Young patients and patients of color were most likely to receive long seclusions, lasting between 4 and 5 hours-and the staff were unprepared for the more complex behavioral reward programs we recommended, such as increased privileges (eg, TV time, later bedtime) contingent on appropriate behavior. Sadly, this was highly similar to the findings in the most recent report from Illinois.

Similarly, for youth in special education, lack of adequate funding is a key factor in deteriorating services. A review of state funding of education from the nonpartisan Center on Budget and Policy Priorities noted steep cuts in spending on education for most states with staffing levels and teacher salaries being especially hard hit.20 It is no wonder that disparities in education remain a pernicious problem in the US-driving the growing income gap between rich and poor.21

Clearly, the ProPublica and the Chicago Tribune report is important in contributing to a national awareness of the deplorable state of public education in the US for our most vulnerable and needy children. Politicians and state government representatives who call for higher standards of care and greater accountability from education authorities are also to be commended. However, neither of these will effect meaningful change unless they are accompanied with dedicated funding for staffing, training in evidence-based education, and special education behavior management practices as well as organizational support for implementing and monitoring these practices.

There are numerous, easily accessible programs on effective disciplinary strategies focused on standardized classroom routines and use of praise and positive reinforcement as well as less severe consequences such as timeout and loss of privileges. However, they are not widely disseminated, especially in communities of poorer socioeconomic status.22,23 Online resources are becoming more prevalent and research is emerging that looks at factors that affect parent and teacher response.24,25

We can hope that exposÃ©s such as the ProPublica-Chicago Tribune report and the attention they have garnered can spur a long-needed alignment of knowledge and political will to break the coercive cycle to abusive disciplinary practices in schools. But given that much of this information has been known in principle if not in detail, it is likely that more direct advocacy is needed. Working together, psychiatry and its allied disciplines of psychology and social work have the knowledge and leverage to disseminate information on effective discipline to schools and parents. It may be difficult in a fee-based health care environment to find the time and resources that will impact communities, but even a little effort by each of us can go a long way. Children and their parents and teachers deserve no less.

To read “The Quiet Rooms” published by ProPublica and the Chicago Tribune, go to https://graphics.chicagotribune.com/illinois-seclusion/index.html. Share your comments on this article and other pieces by emailing PTEditor@mmhgroup.com.

Dr Atkins is Professor of Psychiatry and Psychology; Director, Institute for Juvenile Research; and Director, Community Engagement and Collaboration Center for Clinical Translational Science, University of Illinois, Chicago. Dr Walden is Assistant Professor of Psychology in Psychiatry, Institute for Juvenile Research, Department of Psychiatry; and Director of Inclusion Initiatives, Office of the Vice President for Diversity, University of Illinois, Chicago. The authors report no conflicts of interest concerning the subject matter of this article.

3. National Disability Rights Network. School Is Not Supposed to Hurt: Investigative Report on Abusive Restraint and Seclusion in Schools. January 2009.

8. Lansford JE, Dodge KA. Cultural norms for adult corporal punishment of children and societal rates of endorsement and use of violence. Parenting. 2008;8:257-270.

15. Flouri E, Midouhas E, Charman T, et al. Poverty and the growth of emotional and conduct problems in children with autism with and without comorbid ADHD. J Autism Dev Disord. 2015;45:2928-2938.

19. Atkins MS, Ricciuti A. The disproportionate use of seclusion in a childrens psychiatric state hospital. Res Treat Child Youth. 1992;10:23-33.

21. The Heichinger Report Contributor. The growing achievement gap: income inequality is exacerbating the gap between rich and poor school children. US News and World Report. May 28, 2018.