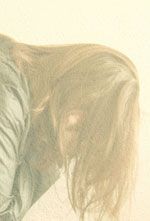 Borderline personality disorder (BPD) is frequently seen in clinical practice. Over the past 2 decades, research on BPD has increased substantially, with concomitant specialized psychotherapies that have been proved to be effective. A number of pharmacological agents have also been investigated, but results have been mixed.1

One of the enduring challenges in treating patients with BPD is that only a minority have straightforward clinical presentations with no comorbidity. BPD typically coexists with depression, anxiety, and substance abuse. Symptoms of these conditions may lead the clinician to miss the diagnosis of personality disorder entirely.

Lifetime comorbidities in patients with BPD

Structured interviews, such as the Diagnostic Interview for Borderlines–Revised and the Structured Clinical Interview for DSM-IV, can confirm diagnoses of BPD and comorbid disorders.4,5 However self-report questionnaires designed for screening may inaccurately label patients who have BPD with another disorder. For example, the Mood Disorder Questionnaire often inaccurately identifies bipolar disorder in patients with BPD.6 Proposed changes in DSM-5 would not have solved this problem, since traits of negative affectivity, including anxiousness and depressivity, are associated with many other diagnoses. In the end, most of these comorbidities could be considered artifactual and BPD should often be considered as a primary diagnosis. The broader problem is that in DSM diagnoses, clear delineations between disorders or between traits and disorders are lacking.

Patients with BPD need treatment specific to the disorder, whatever comorbidities they have. There are now many specialized forms of psychotherapy for BPD backed up by clinical trials, particularly dialectical behavior therapy, mentalization-based treatment, and Systems Training for Emotional Predictability and Problem Solving, among others.

Many treatments for other psychiatric disorders, both psychotherapeutic and psychopharmacological, are less likely to be effective in BPD, and antidepressants in particular yield disappointing effects in treating MDD. In addition, if psychopharmacological treatment is provided and more than one clinician is involved, good communication between team members is essential. This applies to situations in which a prescribing physician and a therapist are treating the same patient and to situations in which there are multiple prescribing physicians, such as a mood disorders specialist and a substance use disorder specialist. Clear communication helps avoid splitting that can easily occur, especially when different treatment approaches are used at the same time.

Finally, be wary of providing too much treatment. There is no evidence in this population that more is better, and one of the guiding principles of treatment is to have patients build a life worth living. If life consists of frequent appointments with therapists and groups for several years, this may prevent patients from having activities outside of treatment and impede generalization of what they are learning in psychotherapy.

? Patients with BPD are frequently encountered in clinical practice and most have multiple comorbidities. This article will help clinicians guide these patients to the most beneficial treatment options while avoiding unnecessary and ineffective treatments.

MDD is the most ubiquitous comorbidity in BPD. However, even patients who meet criteria for MDD may not benefit from antidepressants. The reasons for this are unclear, but some of the symptoms of MDD overlap with symptoms and associated features of BPD. For example, chronic dysphoria as seen in BPD is similar to sadness and worthlessness as experienced in MDD. Therefore, using treatments for MDD to target chronic dysphoria is less likely to be effective without additional treatment specific to BPD. In a study of 161 patients, of whom 42% had a current major depressive episode, improvement in BPD symptoms led to later improvement in major depressive symptoms, but the inverse was not true.7 This suggests that specific treatment for BPD may be an effective treatment for both disorders.

Consistent with this principle, studies of psychotherapy for patients with BPD have demonstrated reductions in self-reported depressive symptoms.8 While some pharmacotherapy trials have also demonstrated reductions in depressive symptoms, this finding is difficult to interpret.1In these studies, patients with comorbid MDD were excluded, so although the pharmacotherapeutic intervention led to a reduction in subsyndromal symptoms of depression, remission rates in patients with comorbid BPD and MDD could not be evaluated. Results from studies of the combination of medication and specialized psychotherapy have been mixed.9 This evidence generally supports the conclusion that treatment of BPD leads to improvement in depressive symptoms, and that psychotherapy plays a more important role than pharmacotherapy in the treatment of BPD with comorbid MDD.

The course of anxiety disorders is similar to that of MDD comorbid with BPD. Good results have been shown with psychotherapies, which suggests that this comorbidity may also benefit primarily from a specialized psychotherapy designed for BPD.8 PTSD is a more complex problem, since its boundaries are not always clear. Some evidence suggests that trauma can worsen BPD, but it is important to remember that not all patients with BPD have histories of trauma and only a small minority of people who experience trauma develop BPD. However, evidence-based psychotherapies, such as dialectical behavior therapy (DBT), tend to focus on the present and short-term future, but in some cases, time-limited, evidence-based cognitive-behavioral therapy for PTSD may be useful.

Thirty-seven-year-old Nancy is being treated by a psychologist for long-standing depression and anxiety. She is referred for psychiatric assessment, and on the basis of a clinical interview augmented with a semi-structured interview, she receives a diagnosis of BPD. Current comorbidity includes MDD, panic disorder without agoraphobia, cannabis dependence, and alcohol abuse. In a collaborative decision, it is decided that Nancy would switch from her current therapy to a DBT program for BPD.

Antidepressant therapy is started but is of limited benefit. Over several months, BPD symptoms begin to resolve, which leads to a similar reduction in her anxiety and mood symptoms, but her alcohol use temporarily worsens. She is counseled to attend a substance use rehabilitation program concurrently with her DBT but feels unable to commit to that much treatment at one time. Her clinicians suggest that she take a temporary leave from psychotherapy until she completes substance use treatment. Once the rehabilitation program is finished, Nancy returns to the DBT program and shows significant treatment gains. After a year, she no longer meets criteria for BPD or any comorbidity.

When eating disorders are comorbid with BPD, rates of eating disorder decline over time, but change to another eating disorder, which is frequently eating disorder not otherwise specified. This suggests that these symptoms can be an impulsivity symptom of BPD. Little research has been done in the population of patients with both BPD and an eating disorder, and a preliminary study that used an adaptation of DBT had mixed results.16 If a patient has serious weight loss resulting from anorexia nervosa, this should be treated before undertaking therapy for BPD. In contrast, binging and purging behaviors can be targeted in the same way that self-harm or substance use are targeted in specialized psychotherapies for BPD.

Unfortunately, the literature provides limited guidance on management of all cases of comorbidity. Careful diagnosis of BPD and comorbid disorders is the first step. Generally, the course of comorbidities is closely tied with the course of BPD, and thus improvements occur over time and specialized psychotherapy for BPD usually leads to improvements in comorbid disorders.