Depression is a Thief, Even When You Learn From It

Writer Jonah Lehrer caused quite a stir with his recent article in the New York Times Magazine, with the unfortunate title, “Depression’s Upside.” I have a detailed rejoinder to this misleading article posted on the Psychcentral website. 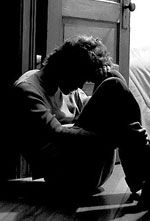 Writer Jonah Lehrer caused quite a stir with his recent article in the New York Times Magazine, with the unfortunate title, “Depression’s Upside.” I have a detailed rejoinder to this misleading article posted on the Psychcentral website. The fault is not entirely Mr. Lehrer’s however; his sources included a psychiatrist and a psychologist, who have recently presented a strained and dubious argument claiming that major depression has certain “adaptive” advantages. Lehrer apparently spent little or no time talking to mood disorder specialists who see thousands of severely depressed patients each year.

I would not deny that depression, like other challenges in life, may be “instructive” for some proportion of individuals–though probably a minority. I have very serious doubts (as do most of my colleagues) that major depression is “adaptive” in any significant way, though perhaps very brief and mild bouts of depression could confer some modest advantages in an evolutionary sense; eg, by increasing one’s empathy toward others, which could be highly adaptive in obvious ways. [cf. “A broken heart prepares man for the service of God, but dejection corrodes service.”- Rabbi Bunam of Pzysha].

This could be true, in theory, for more severe depression, but there, the maladaptive aspects of the illness would likely outweigh any modest advantages by a huge margin; eg, the 15% mortality rate in major depression (naturalistic studies), mostly by suicide.

In truth, all the academic discourse in the world regarding depression’s “upside” won’t alter the painful reality of depression for people like Rose, who recently wrote as follows:

"I have resistan[t] major depression. I suffer constantly, daily with worthlessness, guilt, crying, and helplessness. I have been working with my doctors for years. I just received disability without benefits (no insurance due to pre-existing conditions)… I have tried suicide and I know it was me reaching out for help…I am desperate for any help. I am a burden for my family and I hate feeling sorry and pitying myself. I just want appropriate help to get this disease cured or at least to achieve relief for myself and my life. Please give any advise… this is a major cry for help."

As regards mental health benefits, such as increased clarity of thought or problem-solving ability issuing from depression, this strikes me as, well-unlikely in the extreme (to use civil language!). So, too, with any putative physical benefits–on the contrary, major depression is associated with substantially increased health risks, such as cardiovascular disease and diabetes.

I also think it’s helpful to ask, in philosopher William James’s terms: what is the “cash value” of the idea that major depression confers an adaptive advantage by improving our problem-solving skills? Let’s stipulate such an advantage. So what? Where does that information get us, in our attempt to help people live better, more productive lives? How does it help our severely depressed patients? Should we encourage patients to prolong their depressive bouts in order to increase their analytic abilities?

We have known for decades that the sickle-cell trait provides a survival advantage over people with normal hemoglobin in regions where malaria is endemic-but this trait also increases rates of painful and debilitating sickle-cell disease. If, in a malaria-rich environment, we had the means both to reverse the sickle cell trait and to prevent malaria, would we not do so? By analogy: if we could prevent major depression with all its disadvantages, but still find ways to improve people’s “problem-solving skills,” would we not do so? Surely there are ways of teaching people how to “analyze” their problems without asking them to bear the immense burdens of major depression! By the way: William Styron’s severe depression may have been related in part to alcohol and/or prescription drug misuse-but the horrible symptoms he describes are not at all atypical in many, many severely depressed patients.

None of this is to say that people who are depressed are in any way “broken” and must be “fixed.” One should never confuse a person’s mood state or illness with his or her value or goodness as a human being!

The Talmud teaches us that we should learn from all persons, even a thief. For example, thieves work hard at night! I see severe major depression as a kind of thief. Now, being robbed (of happiness, pleasure, ease of mind and body, etc.) may indeed be instructive–one learns courage, resilience, caution, and the need to take care of oneself. But a thief is still a thief–and few of us would recommend a “good burglary” to our friends or family, as a means of instruction in life’s lessons!

I’d like to clarify my figure of “15%”  with respect to mortality in major depression. I intended it to reflect the lifetime risk of suicide in major depression; indeed, many older studies cite this figure. For example, NIH and other government data state,

“ An often-quoted risk is that about 15% of patients with major depression will eventually die by suicide (Guze & Robins, 1970). This rate was further reinforced by a large-scale review of 30 studies (Goodwin and Jamison, 1990). These data derive largely from studies of severely depressed inpatients, whereas the majority of depressed people are treated as outpatients or not treated at all.”

This same government website goes on to cite more recent data suggesting that the suicide rate in major depression is probably closer to about 2% for outpatients, and about 6% for inpatients. Nonetheless, averaging this out, a suicide rate of about 4 per 100 patients is surely not trivial. This is many magnitudes greater than the suicide rate in the general U.S. population, which is around 11 per 100,000 people in 2005 (Hu et al, Am J Prev Med 2008;35(6):589-93).

I regret any confusion regarding the original figure.