Five Trends in Historical Research on Psychiatry and Mental Health

An assessment of what has been accomplished, how the field is changing, and new directions for scholarship as we forge ahead into the next year. 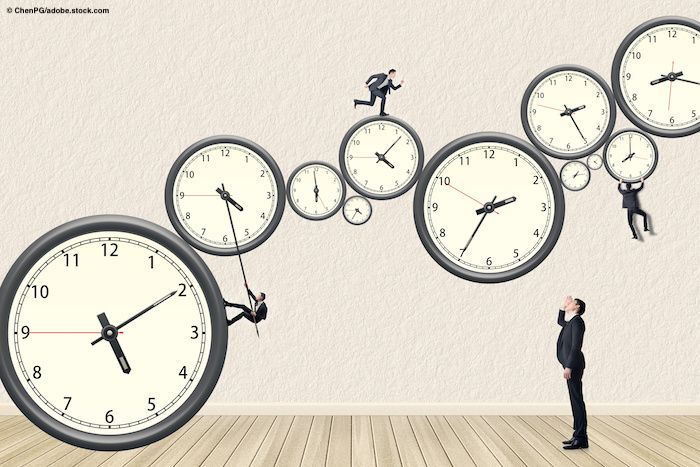 Dr Eghigian is Professor of Modern History and Former Director of the Science, Technology, and Society Program at Penn State University. He is the History of Psychiatry Editor and an editorial board member of Psychiatric Times.

A year ago, I edited a collection of articles by some of the world’s leading historians of psychiatry and mental illness.1 The purpose of the collection was to take a snapshot of historical research on mental illness-an assessment of what has been accomplished, how the field is changing, and what some of the new directions for scholarship may be as we forge ahead.

To that end, it seemed important to conceive of the project broadly: consider developments from ancient times to the present, be global in scope, and gain the perspectives of researchers from throughout world. No book can claim to be exhaustive, and this one is no exception. Still, the volume provides a glimpse at some of the work going on in the history of psychiatry. So, then, here are five trends that are shaping historical research today.

1. The stigma associated with mental illness is perennial

In the 1970s and 1980s, many historians of psychiatry found inspiration in the sociology of deviance and so-called labelling theory pioneered by the likes of Howard Becker, Erving Goffman, and Thomas Scheff. This led to studies-such as Klaus DÃ¶rner’s2Madmen and the Bourgeoisie: A Social History of Insanity and Psychiatry; Elaine Showalter’s3The Female Malady: Women, Madness, and English Culture, 1830-1980; and Andrew Scull’s4Museums of Madness: The Social Organization of Insanity in Nineteenth Century England-that explored how asylums served to isolate and discipline socially marginalized populations. The social stigma attached to mental illness appeared to trigger efforts aimed at social control.

Historians continue to find ample evidence dating back to the ancient world that the afflicted have routinely faced ridicule and scorn. That stigma, it appears now, is often superimposed on top of other ones. University of Richmond historian Manuella Meyer,5 for instance, has pointed out that research in Argentina, Bolivia, and Mexico demonstrates that indigenous populations, the poor, and women there have been disproportionately labelled as mad, especially when perceived to be resisting prevailing social hierarchies.

2. Historians are taking another look at spaces and objects

Perhaps it is to be expected that historians of psychiatry would-as they have-tend to focus on clinical concepts, research methods, and doctor-patient relations. After all, these seem to have been the chief preoccupations of healers and investigators. That said, already by the 1980s and 1990s, historians were pointing out that things like asylum architecture and the use of physical restraints also had a profound impact on care. Now some historians are chronicling how a host of other material objects have played important, yet often overlooked, roles in treatment facilities.6 Gates, windows, doors, floors, gardens, clothes, beds, pills, television sets, and cigarettes: all are coming under careful scrutiny, as historical sources show each was considered to have therapeutic, sedative, disciplinary, and symbolic functions.

The topic of globalization has drawn considerable attention from historians in recent years, and historians of psychiatry have been no exception. It is becoming clear that the much-cited international influence of the DSM since the 1980s7 is part of a much longer process. Already in the 19th century, psychiatric ideas, techniques, and institutions rooted in Western Europe began spreading to every continent.

This tended to happen in one of two ways. In North and South America and in East Asia, reformers interested in modernizing their societies found inspiration in European models, which they then attempted to emulate. In places like Africa and South Asia, however, colonial regimes were responsible for introducing asylums and psychiatric concepts to the region, often with disastrous consequences. That said, historians like Sally Swartz8 (University of Cape Town) and Waltraud Ernst9 (Oxford Brookes University) have been careful to point out that many of these imperialist efforts were on such a small scale and so hampered by a lack of knowledge about indigenous conditions that their influence was severely limited.

4. Any distinction drawn between biological and psychotherapeutic treatments needs to be qualified

By the 20th century, it had become common throughout the Western world to speak of there being a stark difference between psychological and somatic interventions in mental health. In more recent times, however, the results of epigenetics and research on neuroplasticity have led observers to question the notion of there being a bright line separating life experience and the body. Historians, too, are finding reason to question a clear-cut mind/body distinction, particularly when it comes to forms of treatment.

Records show that ancient, medieval, and early modern healers routinely mixed comforting conversation with dietary and hygienic instructions, often combining them with incantations, prayer, and visits to holy shrines. As historian Jonathan Sadowsky10 (Case Western Reserve University) has pointed out, most societies have treated mental illness eclectically. Ostensibly, physical treatments have always aimed at promoting spiritual or mental well-being, just as psychotherapies have been touted for having somatic effects on clients.

While the Goldwater Rule has largely succeeded in keeping psychiatrists from publicly commenting on the mental health of prominent individuals whom they have not examined, historical figures have generally been considered fair game for evaluation. Biographers and psychoanalytically trained psycho-historians have long taken it upon themselves to assess a host of famous personalities in history, including Martin Luther, Abraham and Mary Todd Lincoln, Adolf Hitler, T.E. Lawrence, Joseph Stalin, and Emily Dickinson. Historians of psychiatry, however, generally express reservations about applying contemporary diagnostic terms to people in the past.

Ancient historians such as Chiara Thumiger11 (University of Warwick) and Madalina Vartejanu-Joubert12 (National Institute for Oriental Languages and Civilizations, Paris) point out that documents from antiquity invoking madness often were intended to serve religious, political, and legal functions and thus cannot be entirely depended on to provide clinically reliable information. At the same time, historians like Laura Hirshbein13 (University of Michigan) and Svenja Goltermann14 (University of ZÃ¼rich) have demonstrated that it is difficult to trace a direct, unbroken link connecting earlier with present-day diagnostic terms: melancholia was not the same as depression, and war neurosis and shellshock cannot be easily subsumed under the rubric of PTSD.

Dr Eghigian reports that he receives royalties for his books, one of which is mentioned in this article.

2. DÃ¶rner K. Madmen and the Bourgeoisie: A Social History of Insanity and Psychiatry. Oxford: B. Blackwell; 1981.

7. Watters E. Crazy Like Us: The Globalization of the American Psyche. New York; Free Press: 2010.

14. Goltermann S. The War in Their Minds: German Soldiers and Their Violent Pasts in West Germany. Ann Arbor, MI: University of Michigan Press; 2017.