How American Psychiatry Can Save Itself: Part 2

In this article the topic addressed are the primary reasons for the American public’s disenchantment with psychiatry; how the profession ought to address these issues; and how we need to replace the DSM’s categorical system with one that is clinically useful for both clinicians and patients. 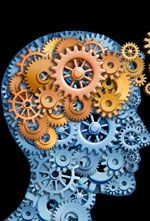 In the February 2012 issue of Psychiatric Times, I discussed and rebutted some common criticisms of psychiatry, such as its alleged lack of “objective” diagnostic criteria and its supposed tendency to “medicalize normality.”1I also suggested that most current criticism of DSM-5 misses the fundamental problem with the recent DSMs-namely, that in the absence of either a sound biological basis for the main disorders or a rich description of the patient’s experience of the disorders (phenomenology), the DSM framework has inadvertently left clinicians with “the worst of both worlds.”

Here I address what, in my estimation, are the primary reasons for the American public’s disenchantment with psychiatry; how the profession ought to address these issues; and how we need to replace the DSM’s categorical system with one that is clinically useful for both clinicians and patients.

What must be done?

So far, I have discussed problems with American psychiatry that, in my view, are largely peripheral to the central concerns of the average clinician-as well as to the average person who suffers from a serious psychiatric illness. In particular, the “loss of faith” in psychiatry that many in the general public evince stems from another set of concerns, both more pressing and more pragmatic than the academic debates swirling around DSM-5.

I very much doubt that many Americans lose sleep over whether psychiatry has a “unified model” of so-called mental illness; nor do I believe that the public’s animus toward psychiatry2 stems primarily from concerns over the DSM-5’s development or content (although well-publicized critiques of the process have certainly not enhanced the profession’s stature).

I believe the American public’s jaundiced perceptions of psychiatry stem from the confluence of 5 main factors, specifically:

1. Psychiatry’s inability, thus far, to develop robustly effective, well-tolerated treatments for several major disorders, such as schizophrenia, autism, and most of the severe personality disorders (despite our having moderately effective treatments for bipolar disorder, panic disorder, and several other conditions).

2. Psychiatry’s increasingly and inappropriately close ties with the pharmaceutical industry in recent decades.

3. The decline, over the past decade, in the use of psychotherapy among US psychiatrists3 and the attendant public perception that psychiatrists “no longer listen” to their patients.

4. A lack of understanding among the general public of the benefits of psychiatric treatments, and not simply the risks; for example, the erroneous belief that psychiatric medications are highly “addictive” or merely “cosmetic” in their effect.4

5. Vituperative attacks on psychiatry by critics both within and out-side the profession, often exacerbated by Internet-based anti-psychiatry groups and lurid depictions of psychiatry in the media.2,4

So, what is required to regain the confidence of the general public? On a concrete level, psychiatry needs to advance goals and initiatives that address each of the factors noted; for example, by: (1) lobbying for more robust and better-funded research to develop more effective and better-tolerated treatments; (2) restraining the influence of pharmaceutical companies on psychiatric education and practice while seeking a healthier and more transparent relationship with such companies; (3) ensuring that comprehensive psychotherapy training is a central part of every psychiatric residency program; (4) bolstering “outreach” and public education efforts2 as well as improving communication with non-psychiatric physicians; and (5) rebutting unwarranted attacks on psychiatry while remaining receptive to constructive criticism from within and outside the profession.5

To be sure: I believe that an objective, independent review of the DSM-5 process and its proposed changes would be in the profession’s best interest and might marginally enhance the public’s confidence in psychiatry. In my view, the National Science Foundation would be best equipped to provide such a review. However, I believe more radical changes must be made. With or without an independent review of DSM-5, the DSM framework is simply not serving everyday clinicians very well. As Aaron Mishara, MD, and Michael Schwartz, MD, recently observed, “. . . DSM-III’s logical empiricist agenda inserted a wedge between clinician and clinical researcher which still has not been appropriately addressed.”6

I appreciate the perils of suggesting a radical re-thinking of a diagnostic system that has been in place, with many variations, for over 30 years. Nevertheless, I believe that a very different kind of diagnostic model is needed. In brief, I am proposing the following:

1. Changing the name of our classification scheme to the Manual of Neurobehavioral Disease, or MND. This name helps eliminate the confusing Cartesian split between mind and body, implied in the present “mental disorder” designation-a problem explicitly acknowledged in the introduction to the original (1994) DSM-IV. The new MND title also allows for the (continued) inclusion of conditions such as Alzheimer, Huntington, and Parkinson disease, which markedly alter behavior, cognition, and mood. That said, I could also live with, simply, Manual of Psychiatric Disorders.

2. Emphasizing the crucial importance of suffering and incapacity as hallmarks of disease (etymologically, disease) and omitting from the MND’s list of disease entities any condition that lacks these features. This does not mean, however, that non-disease conditions or situations should not be within the purview of psychiatric care; for example, there is no reason a psychiatrist shouldn’t help a family struggling with the death of a parent, or the breakup of a marriage-although neither situation constitutes “disease.”

3. Separating clinical descriptions of disease (“prototypes”) from research-oriented criteria while also ensuring that the two levels of descriptions are compatible. The prototypical descriptions would be aimed at giving the clinician a rich, holistic, phenomenological understanding of a disease-emphasizing the “inner world” of the patient-rather than a “one from column A, one from col-umn B” list of criteria. The research-oriented criteria could appear as an appendix to the main MND text or as a separate document. This “two-tiered” system of diagnosis has its roots in the writings of Hughlings Jackson, and the clinical/research separation I advocate was also re-cently suggested by Prof Joel Paris.7

4. Regarding psychiatric classification not as an end in itself, but as a means toward the effective relief of certain kinds of human suffering and incapacity. Thus, rather than viewing diagnostic categories as reified “objects”-like rocks or trees-they would be understood instrumentally; ie, as tools in the service of medical-ethical goals. As Dr Joseph Pierre8 has observed, “. . . clinicians do not in general fret over what does or does not constitute a disease. . . . If, for example, a patient’s arm is broken in a car accident, a doctor doesn’t lose sleep pondering whether this represents ‘broken bone disorder’ or simply an expected response to an environmental stressor-the bone is set and the arm is casted . . . mental disorder or not, clinicians working in ‘mental health’ see it as their calling to try to improve the lives of whomever walks through their office door seeking help.” Precisely!

6. Applying the principle of parsimony, usually expressed in terms of Occam’s Razor-ie, “entities should not be multiplied beyond what is necessary.” This does not mean deliberately reducing or increasing the number of diagnostic categories, but rather retaining only those categories that are absolutely necessary and that entail substantial suffering and incapacity. Thus, some conditions that involve merely “disapproved of” behaviors, without substantial suffering or functional impairment, would no longer count as instantiations of disease.

But on an even more fundamental level, I believe psychiatrists must reclaim and reinvent our role as holistic healers-doctors who are as comfortable with motives as with molecules, and as willing to employ poetry as prescribe pills.9 When guided by sound evidence, this is not promiscuous eclecticism, but rather what I have termed, “polythetic pluralism.” I favor an expansion of the psychiatry residency to 5 years, so that residents may receive enhanced training in psychotherapy and the humanities, eg, literature, comparative religion, and philosophy.10 The added year could also be used to provide greater integration of psychiatric and neurobehavioral training. To be sure: this expansion would pose additional financial challenges and require greater sacrifice on the part of trainees, but I believe it would strengthen the foundations of psychiatric practice and enhance our stature as a medical specialty. (Ideally, I would also favor a concomitant reduction in medical school training from 4 to 3 years, with substantial streamlining and condensation of the pre-clinical curriculum.)

Finally, and most important, psychiatry must maintain a single-minded focus on our primary ethical and clinical mission: not the development of elegant conceptual models or ideal diagnostic criteria, but the relief of our patients’ profound suffering and incapacity.11

Pies RW. How American psychiatry can save itself.

Friedman RA. The role of psychiatrists who write for popular media: experts, commentators, or educators?

Pies R, Thommi S, Ghaemi SN. Getting it from both sides: foundational and anti-foundational critiques of psychiatry.

Association for the Advancement of Philosophy and Psychiatry (AAPP) Bulletin.

Mishara A, Schwartz MA. Who’s on first? Mental disorders by any other name?

Association for the Advancement of Philosophy and Psychiatry (AAPP) Bulletin.

Paris J. The six most essential questions in psychiatric diagnosis: a pluralogue. In: Phillips J, Frances A, eds.

Pierre J. The six most essential questions in psychiatric diagnosis: a pluralogue. In: Phillips J, Frances A, eds.

Pies R. Reclaiming our role as healers: a response to Prof. Kecmanovic.

Knoll JL 4th. Psychiatry: awaken and return to the path.

Articles in this issue
Enlightenment and Dimmed Enlightenment
Q&A: On Early Diagnosis of Schizophrenia
Research Points to Shared Environmental Factors for Autism and ASD
How American Psychiatry Can Save Itself: Part 2
Bupropion After Nonresponse or Partial Response to an SSRI or SNRI?
The Early Psychiatrist: A Piercing Eye and Commanding Presence
Cultural and Ethnic Issues in Psychopharmacology
Introduction: Controversies and Evolving Issues
Condemning Torture and Abuse: A Call to Action
A Delicate Brain: Ethical and Practical Considerations for the Use of Medications in Very Young Children
Who Was Karen Horney?
Antipsychotics for Behavioral Disturbance in Dementia? A Clinical Conundrum
Neuroscientific Mirages: Are We No More Than Our Brains?
Are Animal Models Relevant in Modern Psychiatry?
Related Videos
Related Content