How to Identify and Tackle Treatment-Resistant Depression in Geriatric Patients 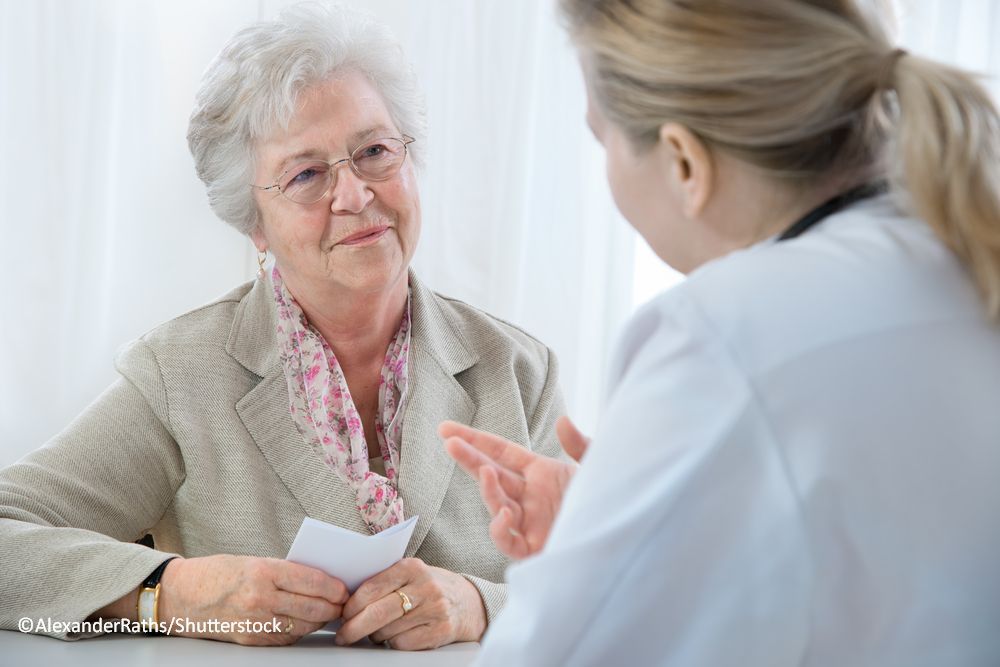 “The problem of treatment-resistant depression in later life [TRD-LL] is increasingly recognized but remains poorly characterized,” Randall Espinoza, MD, MPH, told the audience at the American Association of Geriatric Psychiatry Annual Meeting. According to Espinoza, estimates of its prevalence run from 6% up to 40% in geriatric patients with depression, depending on how treatment-resistant depression (TRD) is defined.

At a session titled “Beyond ECT – Neuromodulation and Interventional Psychiatry for Treatment Resistant Depression in Later Life,” Espinoza and his colleagues Aaron Kaufman, MD, and Ali Ashghar-Ali, MD, discussed the challenges of identifying and treating TRD in older patients, including the latest results from clinical research.

TRD is associated with increases in morbidity and mortality, including greater levels of pain and suicide. It leads to higher health care costs, lower quality of life, and reduced workplace productivity. TRD can be chronic and recurrent: 20% to 35% of patients have continuous depression for more than 1 year, and 25% to 40% of patients experience a recurrence within 2 years, and 60% have a recurrence after 5 years.1,2

Despite the prevalence of TRD, simply identifying it may be a challenge, Espinoza noted. He broke it down into 3 possible categories: 1) nonresponse to treatment and a high degree of functional impairment, 2) treatment resistant depression, which shows minimal to partial response to treatment, and 3) treatment refractory depression, which shows no response to treatment and symptoms unchanged or worsening.3 He noted that TRD may have a different epidemiology in older adult populations and may arise due to trauma, social adversity, and losses. Furthermore, treatment is complicated by brain aging and the fact that most clinical trials deliberately exclude older adults, which makes pharmacological options uncertain.

Espinoza also warned that TRD in older patients may be accompanied by significant comorbidities, including anxiety disorders, substance abuse, and cognitive and personality disorders.

In terms of treatment, Espinoza suggested that clinicians consider moving from the framing of “treatment-resistant” to a “difficult to treat” depression (DTD) model.3 The TRD model treats depression as a chronic rather than acute illness. To the biological emphasis of the TRD model, it would add a neurobiopsychosocial focus. Rather than judging progress according to cure or remission alone, it also emphasizes capability, recovery, and symptom management.

As Espinoza explained, “DTD captures not only acute phase treatment but also encourages a shift of focus to long-term treatment with the goals of improving overall function, quality of life, and optimization of treatment when full remission is no longer viable.”

Ashghar-Ali also discussed ketamine. Although it is not approved by the US Federal Drug Administration (FDA) for treating TRD, ketamine has shown antidepressant effects.6 Esketamine, however, is FDA approved for treating depression. Ashghar-Ali noted that esketamine plus an antidepressant demonstrated a statistically significant treatment effects in patients aged 65 to 74 years (although not for patients aged more than 75 years).7 He concluded that esketamine might play a helpful role in treating TRD in patients during the 64 to 75 age band.

Psychotherapy is also an option. Kaufman presented from a meta-analysis of psychotherapy in later-life depression that found large effects, when compared with waitlist controls.10 The evidence is strongest for problem-solving therapy, interpersonal psychotherapy, and cognitive behavioral therapy. Exercise, meditation, acupuncture, and Tai Chi had also been shown to help in a number of cases.

During the Question and Answer period, both Kaufman and Ashghar-Ali spoke to why treatments beyond ETC may be necessary.

“These are of course really challenging cases,” Kaufman said. Some patients may have trouble recalling the details of her medication and adherence history, and many do not trust ECT. “We’ve all had patients decline ETC and want to pursue alternatives,” Kaufman said further.

Alternately, said Ashghar-Ali, “a lot of people come to ECT with the assumption that it’s the only option left.”

But, Ashghar-Ali and Kaufman concluded, ECT is in fact only 1 option, and there are many others for clinicians and patients.