Melatonin: The Dark Side of the Hormone

Our own melatonin plays an important role in regulating our sleep-wake cycle. Recent evidence raises questions about whether we should be taking extra doses to try to improve our sleep. 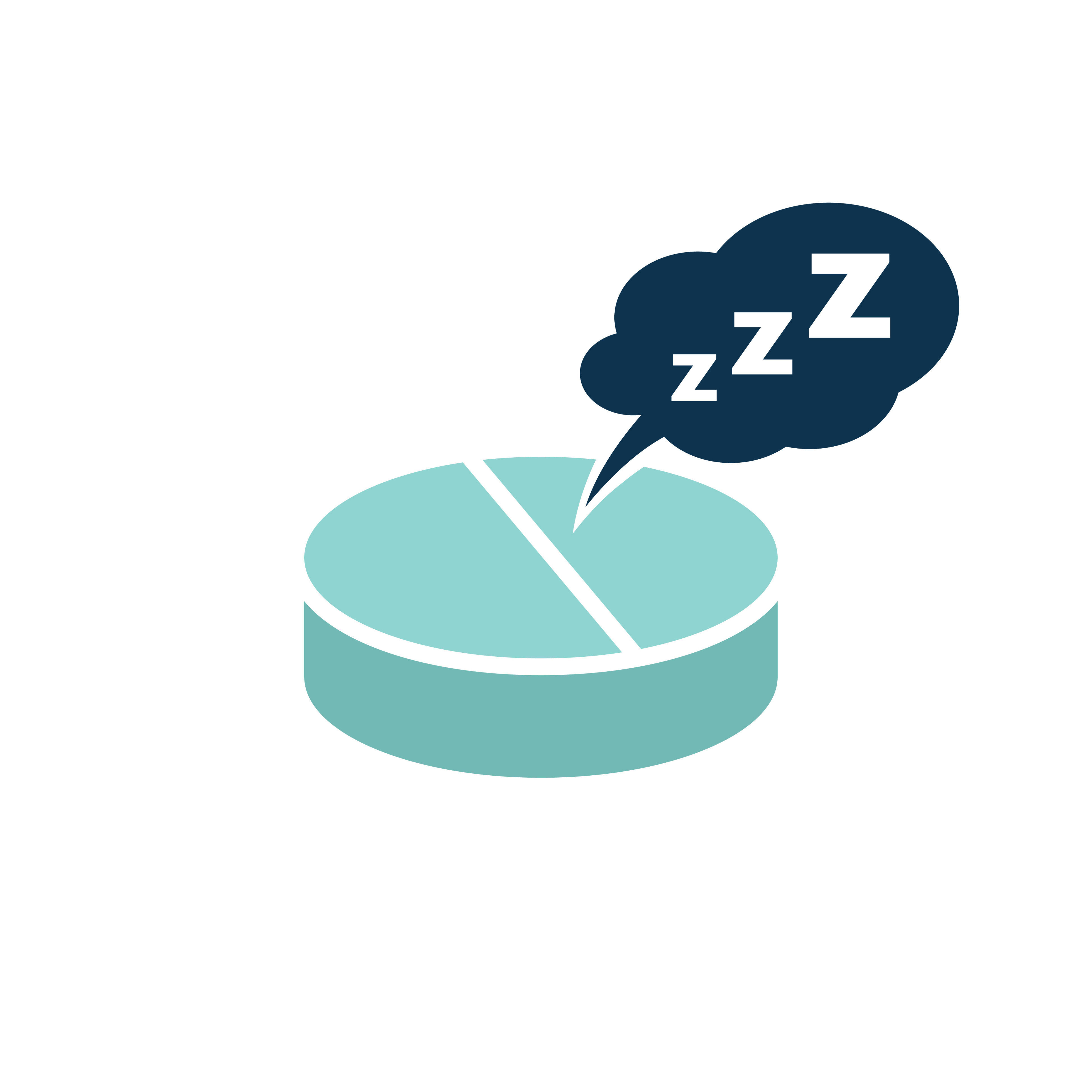 Melatonin is ubiquitous. It is present in nearly all life forms, including plants and animals, and even single cell organisms. Evolutionarily, it dates back billions of years serving essential cellular processes with its antioxidant and free radical scavenging functions, and more recently as a key element in the regulation of circadian rhythms and the sleep-wake cycle.1 As humans, we benefit from our endogenous melatonin in support of our complex cellular activity and in helping to orchestrate wide-ranging physiological processes influenced by our circadian system.2 We are not conscious of most melatonin actions, but certainly experience its effects on sleep and waking.

It is useful to think of our endogenous melatonin in 2 ways: 1) reactions occurring intracellularly that do not necessarily involve specific melatonin receptors and 2) the more familiar circadian role associated with regular changes in circulating melatonin and effects on melatonin receptors. Although present in a variety of tissues, circulating melatonin is predominantly produced in the pineal gland under the control of the master circadian clock transcription-translation loops in the hypothalamic suprachiasmatic nucleus (SCN), which is entrained by exposure to the light-dark cycle.3

Normally, plasma melatonin levels are very low during the daytime and gradually rise in the evening as bedtime approaches, typically about 2 hours before a person’s natural sleep onset time; however, the actual clock time of the melatonin rise can vary considerably among individuals. Melatonin production also can be suppressed by light exposure, so this can be a factor affecting the circulating levels and sleep patterns. Usually melatonin plateaus at a relatively high level throughout the night and then declines by morning. When the pineal gland produces melatonin, it is immediately released into the bloodstream and cerebrospinal fluid. This pattern of markedly elevated melatonin levels during the nighttime has led to its description as the “hormone of darkness.” Note that the production of melatonin is primarily under circadian control: while bright light during the nighttime time will suppress it, darkness during the daytime will not turn it on.2

The circulating melatonin levels provide the body’s physiology with a clock and a calendar. Changing melatonin concentrations reinforce circadian activity in nearly all tissues and the changing duration of nighttime melatonin secretion reflects the time of year, especially important for seasonally breeding species.3 As humans, our ability to fall asleep at our typical bedtime and the robustness of our circadian cycle are both reinforced by melatonin interacting with the MT1 and MT2 receptors that are highly concentrated in the SCN. The normally coordinated functioning of homeostatic and circadian processes promotes our nighttime sleep of about 8 hours and our daytime-evening wakefulness of about 16 hours.

From late afternoon into the evening, the SCN-driven circadian system produces arousal that counters the homeostatic sleepiness that has accumulated since the morning awakening, thus allowing sustained functioning into the evening. Typically, we are the most alert in the early evening than any other time of the day or night. With approaching bedtime, the rising melatonin agonist activity at the SCN melatonin receptors decreases the stimulation, leaving the homeostatic sleepiness unopposed, thus facilitating bedtime sleep onset. It is notable that the melatonin action is not sedation, but rather a reduction in the evening circadian arousal.2

In everyday life, we think of melatonin as a widely available, fairly benign, and maybe helpful sleep aid product. In the United States, it is categorized as a dietary supplement, although in some countries it requires a prescription. Unlike official over-the-counter (OTC) products, which are highly regulated (composition, manufacturing, indications, labeling, and marketing), dietary supplements have little oversight. Studies analyzing consumer melatonin products have shown varying amounts of the compounds, as well as the presence of other unlabeled and sometimes surprising ingredients.4

Does exogenous melatonin taken as a dietary supplement enhance sleep? Is it safe?

There is a reasonable argument that taking evening melatonin might augment the natural process of reducing circadian arousal to help people fall asleep more quickly. In general, meta-analyses and systematic reviews of evening melatonin doses compared with placebo show statistically significant improvements in sleep onset that are of questionable clinical significance with a benefit of about 4 to 12 minutes.5-7 Studies have shown little or no benefit for sleep maintenance or total sleep time. The best evidence is for people having a circadian rhythm phase delay (“night owls”), blind individuals with the non-24-hour sleep-wake rhythm disorder, and some children with neurodevelopmental disorders.3 However, much of the research with melatonin has been with few subjects, mixed clinical populations, and for short durations, all limiting the quality of the evidence.

Clinical trial assessments of melatonin safety share the same study limitations, so high-quality data are not available. The more common adverse event reports include daytime drowsiness and nightmares, though the rates are low. Generally, melatonin is well tolerated in these placebo comparison studies with typical consumer product doses.8

A darker side of both endogenous and exogenous melatonin has been emerging in recent years with investigations of circadian rhythms and metabolism, specifically examining glucose tolerance, insulin release and sensitivity, weight gain, and the timing of food intake.9,10 The circadian regulation of metabolism is just right for people who are active, get plenty of light exposure, and have their meals during the daytime, and who are in the dark sleeping during the nighttime. In our society, many people eat at irregular times, including late in the evening and during the night, when our circadian system expects us to be fasting. An evening meal will result in higher glucose and insulin levels compared with the identical meal eaten early in the day. Over time these elevated evening glucose and insulin levels increase the risk for obesity and type 2 diabetes mellitus. The timing of food intake in relation to our evening melatonin rise appears to be an important factor.

McHill and colleagues11 studied the sleep-wake patterns of healthy young adults over a 30-day period that included 1 week of monitoring the timing and content of all food they ate, and also an overnight laboratory assessment of their melatonin patterns and body composition. They found a significant relationship between the timing of food consumption relative to melatonin onset and the percentage of body fat and body mass index, controlling for the actual clock time, caloric amount, activity or exercise level, and sleep duration. Eating food later in the day had a detrimental effect.

These findings are consistent with studies demonstrating the weight loss and metabolic benefits of time restricted eating routines where people consume their meals on a relatively early schedule and fast through the evening and nighttime. Avoiding evening eating close to and following our melatonin rise appears to have advantageous metabolic effects.9

If we should avoid eating and digesting food close to our evening endogenous melatonin rise, what are the implications for using exogenous melatonin as a sleep aid? There is evidence that taking melatonin also leads to impairment in glucose tolerance. Rubio-Sastre and colleagues12 studied 21 healthy women, giving them either melatonin 5 mg or a placebo in the morning and evening on different days. An oral glucose tolerance test monitoring glucose and insulin levels for 3 hours began 15 minutes after each dose. Finding that the melatonin use was associated with elevated glucose levels at both time points, they concluded that the optimum timing for melatonin doses should be at least 2 hours after the last meal.

Perhaps the best plan for melatonin to help with sleep is to give our own circadian rhythm and melatonin release a chance to do the job.10 Maintaining regular sleep-wake hours, plenty of daytime activity and light exposure, and early meal timing should aid in stabilizing the circadian cycle. Avoiding bright light in the evening for a few hours prior to bedtime should limit the suppression of melatonin, especially if using reddish low color-temperature lighting, now readily available with LED products. Using electronic screens (eg, phones, tablets, laptops) held close to the face should be limited as bedtime approaches—even when using those devices with blue spectrum-blocking apps or filters. These good sleep habits that facilitate earlier and higher melatonin release may be the solution to achieve an earlier sleep onset.

If one is inclined to take a dose of melatonin to enhance sleep, it probably will help the most when taken prior to bedtime, but ideally well after the last meal.3,11,12 Even very low doses result in blood levels hundreds to thousands of time higher than the normal endogenous circulating amount. Low doses should be as effective as high doses, since the primary action of melatonin is not sedation. The ultimate benefit in helping people fall asleep more quickly may take several days or weeks as melatonin advances and stabilizes the circadian system.

The bright side of this “hormone of darkness” is the extraordinary roles it serves in stabilizing our cellular and circadian functioning. If we manage to live our lives closer to our natural circadian physiology, we can avoid melatonin’s potential metabolic darkness.

Dr Neubauer is associate professor in the Department of Psychiatry and Behavioral Sciences, Johns Hopkins University School of Medicine, Baltimore, MD. He spoke at PsychCongress 2020 in a presentation titled Melatonin: What, Why, and Why Not? The author reports he is a consultant with Eisai Inc and Abbott Laboratories.