Most Rapists Are Not Sadists: How To Tell The Difference and Why It Is So Important 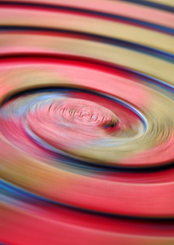 As noted in many previous blogs, rape is not a mental disorder, is not a sanctioned DSM-IV diagnosis, and should not continue to be used as a justification for extended psychiatric commitments under Sexually Violent Predator (SVP) statutes. In contrast, sexual sadism is a mental disorder, is included in the DSM-IV Paraphilia section, and can therefore serve as a legitimate diagnosis in SVP hearings. Recentlym, some SVP evaluators (perhaps becoming aware that their diagnosis of rape as a mental disorder is incorrect) have repackaged rapists as sadists. But SVP evaluators, please take note: Sexual sadism is rare, is narrowly defined in DSM-IV, and should not be misapplied loosely to the average rapist.

Most rapists (however despicable they are in other ways) are not also sadists. It is extremely important to make this distinction-the presence or absence of a DSM-IV mental disorder determines whether or not an SVP psychiatric commitment is constitutionally correct versus being a violation of civil rights. The Supreme Court rulings that accept the constitutionality of SVP statutes are very clear in requiring that the individual have a predisposing mental disorder to distinguish him from the common criminal. In the absence of a real mental disorder, psychiatric incarceration constitutes double jeopardy and a lack of due process. It becomes really no more than a very thinly disguised form of unconstitutional preventive detention.

My goal here is to spell out the similarities and differences between the broad category of rape and narrow category of DSM-IV sadism. Hopefully, this will help prevent SVP evaluators from developing their own overly inclusive, idiosyncratic, and colloquial definitions of sadism. Otherwise, sadism may become a new back door used to justify the inappropriate psychiatric commitment of rapists.

The DSM-IV-TR definition of sexual sadism requires prolonged, recurrent, intense sexually arousing fantasies, urges, or behaviors in which the psychological or physical suffering and humiliation of the victim is sexually exciting to the person. The sadistic acts may involve restraint, blindfolding, paddling, spanking, whipping, pinching, beating, burning, electrical shocks, rape, cutting, stabbing, strangulation, torture, mutilation, or killing. The sadistic behavior usually begins early in life, is chronic, and is likely to be repeated until the person is apprehended. The severity of the sadistic acts usually increases over time.

Most coercive sex does not follow this pattern and should not be diagnosed as sexual sadism. Instead, rape is almost always a manifestation of common criminality of one sort or another: opportunistic rape, rape under the disinhibiting influence of substances, rape as part of a general antisocial personality pattern, rape due to poor judgment, rape for dominance, gang rape, rape for gain, date rape, and rape influenced by other mental disorders.

Although rapists and sadists both inflict violent sex on their victims, the goal of violence in most rapists is not sadistic. The rapist is violent in order to rapidly and thoroughly control the victim and ensure her compliance with sexual acts. For most rapists, violence is no more than a tool to force the nonconsenting person to give in.

In contrast, the stereotyped and ritualistic violence in sadistic rape fulfills deep-seated fantasies that are the main event of the sex act. For the sadist, sex would not be nearly so exciting (and might not even be possible at all) were it not accompanied by enough violence of just the right sort to elicit the maximum of victim pain, humiliation, and suffering. Inflicting pain is the goal of the rape, not its incidental means.

While rapists and sadists are both cruel, unempathic, and lack concern for the victim, they again have different motivations. For the sadist, the sexual excitement is enhanced by (or may exclusively reside in) being cruel in a way that elicits pain. For the rapist, the pain inflicted is instrumental.

The rapist and the sadist both lack a conscience to inhibit them from hurting others, but only the sadist requires the victim's pain as a sexual stimulant.

The SVP laws and their application are meant to serve the laudable goal of public safety. The motivation is well meaning and understandable, but the resulting infringement of basic constitutional rights is too high a price to pay. We must not follow the unfortunate example of other countries that have misused psychiatric diagnosis for purposes of incarceration. This abuse of psychiatry is a slippery slope that can lead to the suppression of political dissent, individual differences, and basic civil rights.

Of course, there will be the occasional rapist who does also meet the criteria for sexual sadism and therefore could appropriately be so diagnosed and committed in SVP proceedings. But most rapists are criminals, not mental patients. Their proper placement is prison not hospital.