New Claims and Findings for Ketamine in Severe Depression

People who weren't getting out of bed are getting up and doing productive things. They are re-engaging with their families, and they are focusing on things they want to accomplish before they die. 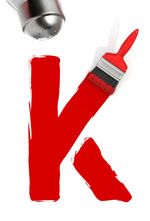 Emerging research generally supportive of ketamine’s rapid antidepressant effects has encouraged a few clinicians to prescribe the drug for their severely depressed, suicidal, and hospice-care patients, with reportedly good results.

“For the most part, the ketamine story and the excitement surrounding it is derived from research studies at the NIMH and Mount Sinai School of Medicine,” said David Feifel, MD, PhD, Professor of Psychiatry at the University of California, San Diego (UCSD) and Director of the Neuropsychiatry and Behavioral Medicine Program.

Ketamine is an FDA-approved anesthetic used in human and veterinary medicine. It is a high-affinity, noncompetitive NMDA-glutamate receptor antagonist that may also stimulate other receptors. It is classified as a Schedule III non-narcotic controlled substance and, at higher doses, is sometimes abused as a street drug called “Special K.”

In a recent article, Murrough and Charney1 wrote that ketamine “appears to be effective at reducing the range of depressive symptoms, including sadness, anhedonia, low energy, impaired concentration, negative cognitions, and suicidal ideation.”

Carlos Zarate Jr, MD, and his team from the NIMH’s Experimental Therapeutics and Pathophysiology Branch, along with NIMH-sponsored researchers, have conducted studies exploring ketamine’s rapid antidepressant effects among treatment-resistant depressed patients with either MDD or bipolar disorder.2,3 The drug might work, in part, they suggest, by strengthening neural connections.4

Recently, Zarate and colleagues reported that ketamine produced the fastest, strongest, and longest-lasting anti-suicidal intervention ever demonstrated in a controlled trial. In a replication of an earlier study, the researchers confirmed that ketamine not only lifts depression but also reduces suicidal thoughts in bipolar patients.5 Intravenous ketamine may prove useful for acutely suicidal patients receiving treatment in hospital emergency departments. A clinical trial sponsored by the Mount Sinai School of Medicine is investigating ketamine’s anti-suicidal ideation effects in patients admitted to a psychiatric hospital with prominent suicidal ideation and elevated risk of suicide.

The findings from the analysis indicate that intravenous infusion of ketamine 0.5 mg/kg has rapid effects on reducing depression symptom scores in patients with treatment-resistant MDD, although the effects are generally not long-lasting (hours to days). In 2 of the small studies, the ketamine effect size was considered large or moderate to large. Regarding adverse effects, the authors noted that ketamine “is generally well tolerated, with adverse effects including transient changes in vital signs, mild dissociative effects that rapidly regress, and other relatively benign symptoms, such as headache and dizziness.”

“People are of differing opinions,” Feifel acknowledged. “Some doctors are uncomfortable using it, both because it is a controlled substance that has psychotogenic properties and also because they believe it has not been researched enough in the arena of depression.”

Conversely, he added, there are other physicians (himself included) who feel it is warranted to use ketamine as an off-label treatment under certain circumstances. He pointed to ketamine’s well-established safety record and the use of a dose much lower than that used for anesthesia. Equally important, he said, “there are patients with severe treatment-refractory depression who are absolutely despondent and hopeless and are at risk for suicide.”

While extensive research is needed to understand how to optimally use ketamine, Feifel said, “I do believe it is reasonable and appropriate for clinicians who want to do so, to start using the medication for their patients. There are people who are going to die every day from lack of something that will help their depression. I don’t think we should sit by when we have something that could potentially make a difference.”

Feifel said that some patients with TRD are receiving ketamine or other state-of-the-art treatments at UCSD Medical Center. He told Psychiatric Times that before patients are given ketamine, they must sign a detailed informed consent. “The form points out that the medication is off-label, and not the standard of care for depression; that even if the infusion works and they feel better, the effect will be relatively transitory; and that the treatment is not covered by insurance, so it is likely going to be an out-of-pocket expense.”

When the program first started, anesthesiologists were required to give the ketamine infusions in an acute care setting. The costs were upwards of $2000 per infusion. Last summer, the program moved to an outpatient setting-a highly monitored procedure suite. Because of the low doses of ketamine being delivered (0.5 mg/kg), the UCSD Medical Center’s Pharmacy and Therapeutics Committee, with the support of the anesthesiology department, agreed that anesthesiologists are not needed. Instead the infusion is given by nurses who know what to do in case a patient has a problem, with an attending, usually Feifel, available during the procedure.

“We can now provide the infusion at a lower cost,” Feifel said, adding that the change to a more pleasant, less frenetic outpatient setting also seems to improve outcomes. In a 4-month period, some 20 patients have received ketamine infusions.

The question remains about how the benefits of treatment can be sustained. In a recent study, Murrough and colleagues7 examined the pattern and durability of antidepressant effects of repeated ketamine infusions in a sample of 24 patients with TRD. Participants underwent a washout of antidepressant medication followed by up to 6 intravenous infusions of ketamine (0.5 mg/kg) administered 3 times per week over a 12-day period. Among the responders (70.8%), the median time to relapse after the last ketamine infusion was 18 days.

The median time of 18 days, Feifel said, was disappointing, so he has not adopted the intense infusion series approach, but rather a maintenance strategy. “At this point . . . if a patient responds well to the first infusion and gets at least a week of solid benefit, then I am willing to do repeated treatments as frequently as every 2 weeks,” he said. “We have had a handful of patients undergo repeat treatments.” Those patients, according to Feifel, have experienced “a profoundly improved quality of life and renewed hope.”

“When you start off feeling absolutely miserable and fighting the urge to end your life every single day, it is a momentous change in your world, when you can know that 50% of your days are going to be depression-free.”

Feifel said he hasn’t seen any signs of abuse or dependency from the infusions. “I haven’t had a single patient pushing for another infusion while the antidepressant effect is working,” he said, adding that some patients have asked to push back their scheduled treatment when they have not felt the need for it.

Asked about delivery of ketamine in other forms, Feifel said there are 3 others-oral, intranasal, and intramuscular. “My experience is that the oral and the intranasal don’t seem to have the dramatic effects of the IV infusion,” he said. “IM, on the other hand, seems to be very promising. I’ve been able to convert some patients from IV to IM maintenance, which is a much more practical, cost-effective way of administering it.”

Ketamine is particularly useful for hospitalized depressed and suicidal patients and usually allows for faster discharge. “Ketamine offers patients who are in the hospital with a severe exacerbation of their depression an opportunity to receive an intervention they can’t normally get in an office visit,” Feifel said. Ketamine is also starting to be used at UCSD Medical Center for patients on the medical/surgical floors whose profound depression may be interfering with their medical treatment or their ability to consent to treatment.

At San Diego Hospice and the Institute for Palliative Medicine, another UCSD-affiliated psychiatrist, Scott Irwin, MD, PhD, and his team are evaluating the efficacy and tolerability of oral ketamine for depressed hospice patients. “These are hospice care patients who meet the criteria for clinical depression-about 15% of the patient population,” he said. These patients don’t have the 12 weeks to try a standard antidepressant, and if you look at the STAR*D (Sequenced Treatment Alternatives to Relieve Depression) trial, 70% of people failed to achieve remission after 12 weeks on a standard antidepressant.”

Irwin said they use psychostimulants as first-line treatment for hospice patients with MDD, but if there is a significant anxiety component, they often use ketamine. “With ketamine, we are finding about a 70% response rate for depression and 100% response rate for anxiety.”

In 2010, Irwin and Iglewicz8 published a report of oral ketamine given to 2 patients in hospice care. Recently, Irwin and his team conducted an open-label trial involving 14 patients, which is in the process of being published. Overall, oral ketamine has been given to some 50 patients. The oral drug is given daily, usually at night. The patients are at home or in a hospice unit. According to Irwin, there are few adverse effects-sleepiness is the primary side effect.

Irwin said that numerous changes have been seen in the patients, and the changes are quite dramatic. “People who weren’t getting out of bed are getting up and doing productive things. They are re-engaging with their families, and they are focusing on things they want to accomplish before they die.”