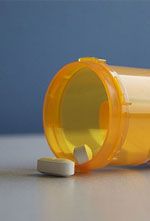 Bipolar disorders are heterogeneous in phenomenology, pathoetiology, comorbidity, and treatment. These disorders are highly prevalent and often misdiagnosed and underrecognized. For bipolar patients who are correctly identified, the time from onset of symptoms to correct identification is often 10 to 15 years. It is disquieting that mortality studies indicate that bipolar disorder is associated with approximately 15 to 25 years of life lost largely because of associated cardiometabolic disorders.1

Despite the development and widespread use of several novel pharmacological, psychosocial, and neuromodulatory approaches for bipolar disorder during the past decade, outcomes remain rather disappointing. For example, results from efficacy as well as effectiveness studies indicate that the majority of individuals with bipolar disorder who receive guideline-concordant measurement-based care fail to achieve symptomatic, syndromal, or functional recovery. Moreover, phenomenological studies indicate that the longitudinal course in bipolar disorder largely consists of depressive symptoms and episodes.

Except for lithium, most treatments for bipolar disorder symptoms were not primarily developed as “antibipolar therapies” (eg, anticonvulsants, conventional unimodal antidepressants). Most were initially used off-label and only later were evaluated in bipolar disorder (eg, atypical antipsychotics). Still others continue to be frequently prescribed off-label (eg, antidepressants). A major limitation to genuinely novel drug discovery in bipolar disorder is the absence of a consensually agreed-on neuropathology as well the unavailability of a sufficient animal model with appropriate face, construct, and pathological and pharmacological validity.5

Although the field continues to be preoccupied with the monoamine hypothesis, it is abundantly clear that monoamine dysregulation has never been established as a central disturbance in bipolar disorder and that targeting monoamines is not sine qua non for symptom relief. Other models that have been proposed to exist alongside the monoamine hypothesis include the excitotoxicity, neurotrophic/neuroplasticity, neuroinflammatory, metabolic, and cellular redox (ie, oxidative stress to the cell) models. Novel treatments for bipolar disorder that are a focus of clinical research attempt to target one or more of the effector systems within these pathophysiological models.

Currently, only quetiapine, quetiapine XR, and an olanzapine/fluoxetine combination are FDA-approved for the acute treatment of bipolar depression. Although these agents are highly beneficial for some individuals, most fail to sufficiently benefit and/or are intolerant of these agents, which underscores the need for novel alternatives. This article aims to provide a succinct summary of novel pharmacological treatment avenues that are under investigation as treatment for bipolar depression. We present some of these novel treatments according to the overarching disease model that they derive from.

Several lines of evidence suggest that glutamatergic system dysfunction (eg, N-methyl d-aspartate [NMDA] receptor complex) may play a critical role in the pathophysiology of bipolar disorder. In keeping with this view, the use of glutamatergic modulators may be predicted to alleviate symptoms and modify the disease process. Postmortem studies indicate that altered NMDA receptor complexes are observed in the brain tissue of patients with bipolar disorder. Moreover, genetic polymorphisms for genes implicated in the glutamate receptor complex have been associated with this disorder.6

Riluzole, an inhibitor of glutamate release, is approved by the FDA for the treatment of amyotrophic lateral sclerosis. This agent, at a dosage of 50 to 200 mg/d, was evaluated in an 8-week add-on study in combination with lithium in 14 adults with bipolar depression, 6 of whom had bipolar I disorder, and 8 of whom had bipolar II disorder. Eight patients completed the 8-week trial.6 Significant improvement in depressive symptoms was noted in weeks 5 through 8 as measured by the Montgomery Asberg Depression Rating Scale (MADRS).

Ketamine is a noncompetitive NMDA antagonist that has been evaluated in subanesthetic doses in persons with bipolar disorder.7 Results from a double-blind, randomized, placebo-controlled, crossover study indicate that a single intravenous infusion of ketamine combined with lithium or valproate was capable of alleviating depressive symptoms within 40 minutes of administration when compared with placebo.7 The benefit of ketamine was sustained through day 3. Overall, 71% of patients responded to ketamine and 6% responded to placebo at some point during the trial. Ketamine was not associated with significant increases in hypomania or mania but was associated with dissociative symptoms.

Abnormal activation in function of the inflammatory network has been implicated as causative and consequential in bipolar depression symptomatology. For example, elevated concentrations of proinflammatory cytokines (interleukin-6 and tumor necrosis factor [TNF]-a) have been implicated in bipolar depression and mania.8,9 Conventional pharmacotherapy for bipolar disorder (eg, lithium) exerts a modulatory effect on the proinflammatory–anti-inflammatory network.8 Proinflammatory cytokines are known to induce behavioral symptoms (eg, anorexia, psychomotor retardation) in humans that are thought to mimic sickness behavior described in animals.8

Cyclooxygenase-2 (COX-2) inhibitors have been shown to protect against glutamate-induced neurotoxicity; to prevent normal aging-related increases of cytokines, prostaglandins, and TNF in neurons; and to modulate the hypothalamic adrenal axis.10 The COX-2 inhibitor celecoxib was evaluated as a potential antidepressant in adults with bipolar I/II depression (N = 28).10 This drug was administered at a dosage of 400 mg daily in combination with a mood stabilizer or antipsychotic medication as part of a 6-week, randomized, double-blind, placebo-controlled study. Depressive symptoms in both the treatment group and the placebo group improved, with a statistically significant (P = .01) advantage at week 1 in patients treated with celecoxib compared with patients who received placebo. Although there was an advantage in favor of the treatment group at week 1, both the active-treatment and placebo groups had similar reductions for each of the remaining observation points.

Taken together, the results suggest that an anti-inflammatory approach may offer a rapid onset of antidepression action in bipolar disorder. More work is needed to replicate/extend or refute these findings, however.

Neuronal insulin mediates multiple biological actions characterized as metabolic (eg, increases in glucose uptake), neuromodulatory (eg, inhibition of neuronal reuptake of noradrenaline), growth regulatory (eg, promotion of neurite outgrowth and synaptogenesis), and neuroendocrine. For example, insulin modulates the CNS concentration of neuropeptides, monoamines, and other neurotransmitters (eg, acetylcholine) implicated in the pathophysiology of mood disorders, schizophrenia, and Alzheimer disease. Insulin inhibits the firing of neurons in the hippocampus and hypothalamus, inhibits the reuptake of noradrenaline in rat brains, modulates catecholamine turnover in the hypothalamus, stimulates phosphoinositide turnover in the hippocampus, and regulates the noradrenaline and dopamine transporter messenger RNA concentration in neurons.

Insulin is transported into the CNS across the blood-brain barrier by a saturable insulin receptor–mediated transport process.11-13 Long-term potentiation, the neurobiological model of learning, is partially modulated by insulin. Insulin deficiency in diabetic rats triggers a retraction of dendrites and reduces NMDA transmission of hippocampal neurons, with associated decrements in memory performance. Taken together, cellular, molecular, and physiological data indicate that insulin is important for normal (and pathological) memory processes.12

Available evidence implicates oxidative stress and abnormalities in cellular redox in the pathophysiology of bipolar disorder. Evidence also indicates that lithium and valproate may protect neurons from oxidative stress. Glutathione is an antioxidant distributed throughout multiple tissues; levels of this antioxidant have been reported to be abnormal in individuals with bipolar disorder. Glutathione production rate is limited by its precursor, cysteine.14

N-acetylcysteine is the acetylated derivative of cysteine and is more efficiently bioavailable. N-acetylcysteine has been reported to be neuroprotective in preclinical neurodegenerative disease models. Results from a randomized, double-blind, multicenter, placebo-controlled study of adults with bipolar disorder (N = 75) indicate that N-acetylcysteine (1 g bid) adjunctive to usual medications was capable of alleviating depressive symptoms as measured by the MADRS.14 The benefit on depressive symptoms was noted at week 20 as part of this 24-week study. Benefits were noted by week 8 on the Global Assessment of Functioning Scale and Social and Occupational Functioning Assessment Scale. N-acetylcysteine did not induce hypomania or mania and was well tolerated. Adverse events reported in more than 15% of the N-acetylcysteine group included change in energy, headaches, heartburn, and increased joint pain.

Modafinil is currently approved by the FDA for improving wakefulness in patients with excessive sleepiness associated with obstructive sleep apnea-hypopnea syndrome and shift work sleep disorder. This drug’s mechanism of action is not fully characterized but is thought to involve multiple neurochemical systems that include dopamine signaling.15 Modafinil at a dosage of 100 to 200 mg/d has been shown to alleviate depressive symptoms when compared with placebo in adults with bipolar disorder across 6 weeks of treatment.16 Improvement in depressive symptoms was statistically significantly greater (P = .01) in the modafinil group by week 2, with greater response and remission rates. Modafinil was not associated with treatment-emergent hypomania or mania.

Armodafinil is the longer-lasting isomer of modafinil, and its therapeutic indications are similar to those of the racemic agent modafinil. Armodafinil at a dosage of 150 mg/d was evaluated as an antidepressant in adults with bipolar disorder who received either olanzapine, lithium, or valproic acid as part of an 8-week double-blind placebo-controlled study.17 Patients who received armodafinil exhibited greater improvement of depressive symptoms as measured by the 30-item Inventory of Depressive Symptomatology, Clinician-Rated score. The rate of new-onset hypomania or mania did not differ between groups. The most frequently reported adverse events among armodafinil recipients were headache, diarrhea, and insomnia.

The treatment of adults with bipolar depression may begin with an FDA-approved agent such as quetiapine or an olanzapine/fluoxetine combination. The evidence-based approach to bipolar depression includes treatment with lithium, conventional unimodal antidepressants, lamotrigine, or divalproex. The evidence base does not provide sufficient guidance for next treatment steps in bipolar disorder and, as such, treatment decisions are made empirically. Pharmacological options that are commonly considered are pramipaxole, modafinil, and armodafinil.

Although ketamine and riluzole are not considered standard treatments for bipolar depression, they are proof of concept of the role of glutamate systems. These proof of concept studies provide indirect pharmacodynamic support for safer and easier to use treatments that also target glutamate (eg, lamotrigine) in bipolar depression. Results with N-acetylcysteine look promising and could be considered; however, replication in other studies is warranted. Results with omega-3 (not reviewed in this article) are equivocal in bipolar depression but can be considered. The role of exercise, weight loss, and dietary modification are research vista for the future.

As for all patients with bipolar disorder, the pharmacological treatment of bipolar depression is part of a multicomponent chronic disease management approach. A critical component of this model includes psychoeducation and in many cases the provision of manual-based psychotherapy, such as cognitive-behavioral therapy, interpersonal therapy, social rhythm therapy, or family-focused therapy.