Osama Bin Laden is dead. 9/11 lives on. The sudden annihilation of the man responsible for that cruel and ultimately defining act brought me joy, and rekindled a sense of pride in our country and its capabilities. 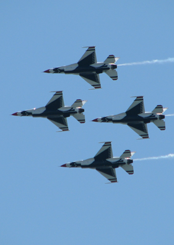 Osama Bin Laden is dead. 9/11 lives on. The sudden annihilation of the man responsible for that cruel and ultimately defining act brought me joy, and rekindled a sense of pride in our country and its capabilities.

Once I’d assimilated the news, blurred memories of the World Trade Center bombing came back into clear focus, like a blank sheet of photographic paper morphing into a crisp image.

I was on the subway when the first plane hit. Clueless, I got out and walked to my midtown office building. Outside the lobby doors, I saw a group of well-dressed people talking on their cell phones.

They say that our brains try to make sense of limited information by constructing the most likely scenario based upon past experience. My brain said, “Ah, a group of tourists phoning home.” Suddenly, a clean-cut young man in a business suit took off running. He was heading south. I thought little of it.

A day or two passed. I sat in front of the T.V. with my wife. Images of the planes hitting , the buildings collapsing. Over and over. I felt shock, disbelief, anger and helplessness. I wanted to do something. I needed a catharsis. Being a psychiatrist, I thought that perhaps I could provide some comfort to persons affected by the tragedy. I put my name on a few volunteer lists, but didn’t get a call. Angrier and more frustrated than ever, I searched for an alternative. I found an ad posted by The Church of Scientology, seeking volunteers to work at a counseling center close to Ground Zero. I attended a brief tutorial on crisis intervention techniques. They gave me a white plastic hazard suit, a helmet, and a mask.

It was a Saturday, four days after the bombing. They bussed a number of us to a treatment center about a quarter-mile from what had been the WTC. Nobody came for help. I was so frustrated that I was ready to go home. Then they asked for volunteers to go close to the site to hand out food and drinks to the men and women working there. We were not allowed onto the site itself. No “civilians” wanted, only construction workers at that point.

After handing out nourishments, I did a little exploring. I entered the World Financial Center, which was intact except for a large metal beam that had struck and penetrated the brickwork. Inside, everything was covered with a fine white dust. On the ground floor was a snack bar with plates of uneaten food sitting on the counters and tables. I went upstairs. There was a gym. Rows of treadmills and exercise bikes, all completely white. I thought of Pompeii, frozen in time.

I had a goal in mind. I wanted to get to the site itself, to the foot of that enormous, smoldering mountain of debris surrounded by partially destroyed buildings and that iconic twisted steel lattice. I snuck in when a police guard’s eyes were turned away and inserted myself into a bucket brigade of masked and helmeted construction workers. They were passing large pieces of debris, mostly twisted metal, along a chain leading to a collection area. As I handled these objects to which I still felt no human connection, I occasionally looked at the ground.

Very few pieces of the debris lying there were larger than a foot in diameter. Most were fragments of electronic equipment. Smashed computers, monitors, wiring, keyboards, and small, unidentifiable objects, some charred. During a lull, I picked up a piece of paper. It was a reservation list for the restaurant, Windows on the World, that had been at the top of the North tower. Feeling guilty, I picked it up and put it in my pocket.

A piece of one of the jetliners passed through my hands. I still felt so numb inside that, to me, it was just another chunk of metal, not a fragment of a vessel that had carried so many innocent people to their deaths.

I dropped out of the line and started home. As I walked along streets covered in dust and debris, I saw fire engines and cars flattened into amorphous lumps of steel a foot or two high. One of the vehicles was a UPS delivery truck. I noticed a construction worker staring at it. I heard him say to a companion, “So that’s what happened to the package I sent!” They laughed, and so did I. That shared laugh was the first human connection I had made all day. Black humor, yes. But I felt a bit better.

Influenced by Freud, surrealist Andr Breton had coined the term “Black Humor” in 1939. He agreed with the premise that grim jokes help us overcome fear, and quoted Freud: “The grandeur in (black humor) clearly lies in the victorious assertion of the ego’s invulnerability . . . It insists that it cannot be affected by the traumas of the external world.”

I returned to the site the next morning. The rules were even stricter. No more construction workers. Police officers only. I snuck in again and rejoined the bucket brigade. I saw disciplined teams of rescue workers from all over the country making their way up the mountain, stopping here and there to dig through the debris. Cadaver dogs sniffing away. Every once in a while, human remains were found and shielded from view by the workers before being brought out in black body bags.

I saw a piece of flesh at my feet no more than two inches long. I saw a priest blessing the bodies of three firefighters. I looked into the face of the police officer next to me. He looked back at me suspiciously. He probably suspected that I was not a cop. Perhaps he felt that I didn’t belong there. I couldn’t have cared less. I’d done nothing requiring any skill, nothing heroic, just moved some junk along, but felt more at peace. I’d started to heal. The mountain kept on burning.

[Ed Note: This blog was originally posted on Dr Darell's blog at http://shrinquerap.com/2011/05/06/physician-heal-thyself/.]