Pregnant women should maintain higher high-density lipoprotein levels for adequate fetal brain development and reduction of ADHD risk, according to a new study. 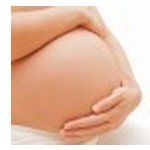 Could screening and management of lipid profiles during pregnancy help prevent ADHD? Findings from a large, multicenter team associated with Johns Hopkins University in Baltimore seem to suggest so.1 The findings also shed light on why boys are more vulnerable to ADHD acquisition than girls.

The research team noted that several potential etiological mechanisms for ADHD have been identified. These include gene variants, structural abnormalities of the brain, and neurotransmitter dysfunction. Exposure to certain industrial chemicals, prematurity, and low birth weight also are associated factors. Further, a large study emerging from Uppsala University in Sweden and inclusive of more than 12,500 children showed that maternal weight correlated with ADHD risk.2 The risk of ADHD was more than two-fold higher in children of women who were overweight or gained excessive weight during pregnancy. The US multicenter team took a similar tack and investigated the role of maternal lipid profiles in the development of ADHD in children.

The study population included 1479 motherâinfant pairs from the Boston Birth Cohort, a large-scale, NIH–funded, molecular epidemiological study. Within the cohort were 303 children with ADHD and 1176 neurotypical children. Only mother-child pairs for which postnatal maternal cholesterol data were available were included in the study. Data included serum total cholesterol, triglycerides, and high-density lipoprotein (HDL) levels obtained between 24 to 72 hours after delivery and serum low-density lipoprotein (LDL) levels, which were calculated using the Friedwald equation.

Demographic analysis revealed, not surprisingly, that the children with an ADHD diagnosis were more likely to be older (P <.001), male (P <.001), born prematurely (P =.005), and have had low birth weight (P =.028) in comparison with the neurotypical children. The mothers of children with ADHD were more likely to have less than a college education (P =.022), be former or current cigarette smokers during pregnancy (P<.001), and have delivered via C-section (P =.008). They also were more likely to have statistically significantly lower total cholesterol (P =.018), HDL (P <.001), and LDL (P =.011) levels compared with the neurotypical group.

The researchers found that low maternal HDL levels (≤60 mg/dL) and triglyceride levels that were outside the range (either above or below) of 135 to 176 mg/dL were associated with an increased risk of ADHD after adjusting for relevant covariables, such as cigarette use and intrauterine infection during pregnancy, C-section delivery, prematurity, and low birth weight.

Suboptimal Nutrition In Utero More Problematic for Boys than Girls

The study also demonstrated that the impact of maternal HDL and triglyceride levels on ADHD risk was particularly pronounced in boys. Among mothers with low HDL levels, the risk of ADHD among boys was triple that of girls. Suboptimal maternal triglyceride levels also were prominently associated with ADHD in boys. The researchers conjectured that, because male fetuses are subject to more rapid in-utero growth compared with females, they are more vulnerable in relation to suboptimal maternal nutrition, including suboptimal lipid intake. This may, in part, underlie sex differences in ADHD acquisition.

The findings suggest that pregnant women should maintain higher HDL levels for adequate fetal brain development and reduction of ADHD risk. The findings also suggest that the current American Heart Association clinical cut-off point for HDL in women, which is >50 mg/dL, may not be adequate for protecting against ADHD in offspring. The researcher proposed that a higher cut-off point of >60 mg/dL may be more appropriate and may be the standard for further research in this area. The research team also advocated for lipid screening in prenatal care.