The Psychiatrist’s Role on the Pediatric Palliative Care Team

Depression, anxiety, and delirium are 3 examples of common but frequently challenging areas of distress in pediatric palliative care patients. 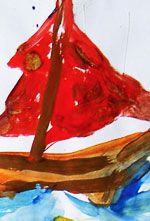 Palliative care improves the quality of life of patients and their families who are facing chronic, complex, advanced, or life-threatening illness.1 In the United States, more than 53,000 children die each year (in 2008, 25,000 aged 0 to 11 months and 28,000 aged 1 to 19 years); 500,000 live with life-limiting disease, and 1.5 million live with complex medical illness.2,3 The need for pediatric palliative care is impressive, and psychiatrists have a vital role to play in this new specialty.4,5

The palliative medicine specialist may become involved in the care of a patient at any phase-from diagnosis to death to care of the bereaved family members. Palliative care is not provided in lieu of “traditional” or “curative” care, rather it occurs concurrently with disease-modifying therapies from the initial diagnosis. As illness progresses, curative therapies may become secondary to palliative care (Figure).6

The palliative medicine specialist must therefore be able to attend to a range of issues in the care of patients and their families. These issues include disease management, physical status and symptoms, psychological status and symptoms, social needs, family needs, spiritual needs, practical needs, end-of-life care and death management, and loss and grief.5,6 Psychiatrists have an integral role to play in each of these domains.

Here I explore 3 specific areas in which psychiatrists can help relieve suffering in children who have a chronic and/or terminal illness.

Symptoms of depression are common among patients with complex chronic and advanced disease, and making a diagnosis of a depressive episode in this population can be challenging for many reasons.7-9 One frequent cause for delay in diagnosis, and therefore in treatment, is that patients and families may feel that being depressed is normal and not an indication to seek help. Clinicians may share this sentiment. As stated by a patient with cystic fibrosis suffering from graft rejection following lung transplant: “Of course I am depressed! I am dying!” This is a common statement made by depressed patients with serious medical illnesses. Another cause for difficulty in diagnosis is that many of the somatic symptoms of depression (eg, change in appetite, decreased energy, change in sleep, diminished ability to concentrate or make decisions) are comingled with the physical symptoms of disease.7

Once the diagnosis of depression is made, selecting appropriate treatment can be equally challenging. The typical first-line pharmacological treatments simply take too long to benefit patients with limited life expectancy. Also, the medication regimen for many medically ill children and adolescents is extensive, making the risk of drug-drug interactions and adverse events more likely.

Table 1 presents information on available pharmacological agents for the rapid treatment of pediatric depression. Because of their tolerability and rapid onset of action, stimulants and low-dose ketamine are becoming first-line among many palliative care psychiatrists for the treatment of depression.7,10-13

Dignity therapy is a novel, short-term psychotherapeutic intervention that has been shown to have a rapid and dramatic impact on a patient’s symptoms of depression.14

What is already known about the psychiatrist’s role in pediatric palliative care?

• Chronic and advanced illnesses are associated with a significantly increased risk of psychiatric symptoms and disorders. Pediatric patients and their families benefit from the involvement of a psychiatrist on the interdisciplinary team in the palliative care setting.

What are the implications for psychiatric practice?• Pediatric palliative care is a new and rapidly expanding medical specialty, and psychiatrists have a critical role to play.

Sophia, a 14-year-old with end-stage cystic fibrosis, reported symptoms of depressed mood all of the time: “I’m dying!”; anhedonia: “I used to enjoy watching my little sister play with her friends, now I don’t”; profound irritability, hopelessness, pervasive worrying, an inabil-ity to make decisions: “I can’t even tell my mom what I want for dinner”; and marked negative ruminations. A diagnosis of major depressive disorder was made. Prognosis at the time of the consultation was weeks to months.

A trial of methylphenidate, 5 mg every morning, was initiated. The dose was titrated over 2 days to 10 mg every morning and noon. Sophia responded with complete remission of all symptoms of depression within 4 days. There were no notable adverse effects. She was able to enjoy her younger sister’s birthday party a week before she passed away. Her mother related, “Thank you for giving me the Sophia she had always been. I will now remember her as the person she always was.”

As with depression, making a diagnosis of an anxiety disorder can also be a challenge in the context of advanced medical illness. The common symptoms of a panic attack characterized by tachypnea, tachycardia, shortness of breath, GI symptoms and nausea, and diaphoresis may also have origins in the comorbid medical disease.15-17 Differentiating etiology, however, is important to ensure appropriate treatment. For example, to keep in mind that the patient with a history of purely psychiatrically based panic attacks who is hypercoaguable as a result of the medical disease may one day have a pulmonary embolus. This diagnosis must not be delayed because of misattribution of symptoms to the preexisting panic disorder.

The pharmacological treatment of anxiety in the seriously medically ill patient is also complicated by time needed to achieve therapeutic effect, drug-drug interactions, and the potential for the adverse cognitive effects of some commonly used anxiolytics.16,17 Benzodiazepines and anticholinergic agents can lead to delirium in medically ill patients. Trazodone and gabapentin prescribed on an as-needed basis may be beneficial.18 When benzodiazepines are required for severe anxiety and panic symptoms, careful monitoring for the development of delirium is critical. SSRIs, serotonin-norepinephrine reuptake inhibitors, and tricyclic antidepressants also may not be the ideal choice for the treatment of anxiety in this population because of the delay in realizing therapeutic benefit.5

Table 2 presents information on treating anxiety on an as-needed basis with nonbenzodiazepines.

Steve was a 10-year-old boy with Duchenne muscular dystrophy and symptoms of panic that were triggered by attending his many medical appointments. Symptoms included an overwhelming sense of fear, heart palpitations, tachypnea, shortness of breath, and nausea. Steve’s life expectancy was 6 to 12 months. He was dependent on his mother for all care and needed ventilator support throughout the day. A trial of 25 mg of oral trazodone every hour as needed (not to exceed 3 doses without calling his psychiatrist) was initiated. On the first trial he required a total of 50 mg to achieve relief. The dose was titrated to 50 mg and was given before each doctor visit. Symptoms of panic were eliminated.

Delirium is a common but frequently unrecognized syndrome among medically ill patients.5,19-21 Of the 3 subtypes of delirium (hypoactive, hyperactive, and mixed), hypoactive is the most common type and is frequently mistaken for depression. Making the correct diagnosis is critical to providing appropriate treatment. Delirium carries a significant burden for increased mortality as well as for patient, family, and caregiver distress.

Close to half (44%) of cancer patients seen in the palliative or hospice setting experience delirium.21 In up to 50% of these patients, delirium may be reversed with proper assessment and treatment.21 As patients move into their last weeks of life, up to 80% have delirium.21 Psychiatrists are in a unique position to make this diagnosis because of their extensive training in assessing mental status and the complex differential diagnoses that are involved.5 While delirium has a medical cause, its presenting symptoms are psychiatric.

The hallmarks of delirium include an acute onset of a mental status change, impaired attention, fluctuation in the severity and presence of symptoms over time, change in level of consciousness, sleep-wake disturbance, restlessness, and psychotic symptoms. When assessing infants, children, and adolescents for delirium, consider the patient’s developmental stage.22 For example, Schieveld and colleagues23 suggest that although infants may not be able to engage in a formal test of their mental status, their behavior should be observed for disorganization, acute change from baseline, and worsened irritability or lethargy.

The psychiatrist involved with palliative care should be familiar with the treatment of delirium.5 The first approach to treatment includes reversing the patient’s underlying medical condition and always includes nonpharmacological treatments (Table 3).

Pharmacological treatment of the symptoms of delirium depends on the type of delirium.21 The medications, doses, dosing frequency, and routes of administration used to treat delirium in the palliative care setting may be unfamiliar to nonpsychiatrists. Psychiatrists can help tremendously by recommending appropriate medication trials and monitoring for potential adverse effects.5 Table 4 presents information on common antipsychotics used to treat symptoms of delirium.

Bridget, a 12-year-old with limb-girdle muscular dystrophy, was in her last weeks of life because of progressive respiratory failure when she presented for consultation regarding a change in mental status. She was no longer able to swallow without aspiration. Symptoms included very poor attention, disorientation, sleep-wake disturbance, fatigue, periodic inappropriate laughter, episodes of agitation, and social withdrawal. The onset of these symptoms correlates with the titration of morphine that was being used to treat dyspnea. Bridget’s goals of care did not include further laboratory workup. Likely causes of delirium included morphine, progression of her disease, and respiratory failure.

She was treated with both nonpharmacological and pharmacological interventions. Morphine was switched to hydromorphone, and a trial of haloperidol 0.5 mg subcutaneously every 12 hours and 0.5 mg every 30 minutes as needed for agitation, not to exceed 3 doses without consultation with her physician, was initiated. Her total (scheduled plus as-needed) haloperidol dose to palliate symptoms of delirium for 24 hours was calculated to be 2 mg. Therefore, her scheduled haloperidol was titrated to 1 mg every 12 hours. Bridget’s symptoms of delirium resolved over 2 days. The haloperidol was slowly tapered after several days of stable mental status.

There is tremendous opportunity for child and adolescent psychiatrists to be active members of a pediatric palliative care interdisciplinary team. The 3 symptom clusters discussed here provide an example of common, but frequently challenging, areas of distress where a psychiatrist can provide critical expertise. As specialists in mental health assessment, diagnosis, and management, psychiatrists can significantly improve the quality of life for patients and their families who live with chronic and advanced medical illnesses.