While incarceration is the definitive “treatment” for some, psychopathy exists on a spectrum like any other mental disorder; more recent research suggests the condition is capable of responding to treatment. 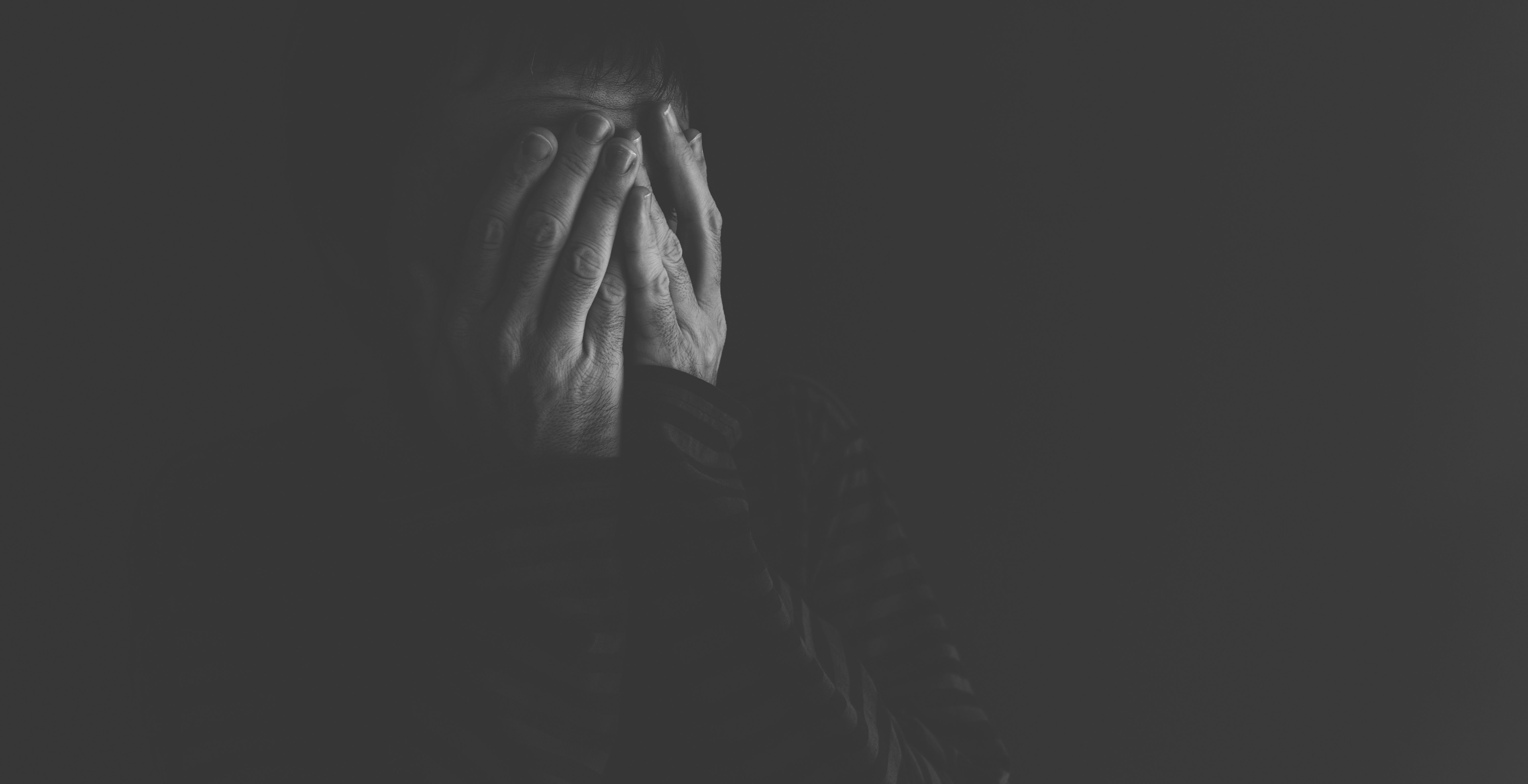 Psychopathy is a personality disorder characterized by lack of empathy, grandiosity, shallow affect, deceitfulness, impulsivity, irresponsibility, and disregard for the well-being or rights of others. Few syndromes in medicine have carved as deep of a niche in human cultural thought as the one occupied by psychopathy. The mythos of the psychopath is born of both in extremis of its infamous case examples and of past deficiencies in the empirical research. However, the scientific landscape for psychopathy has expanded significantly over recent decades, and discourse around treatment has become more optimistic.

While the terms psychopath, sociopath, and antisocial are often used interchangeably by clinicians, they are not equal. Psychopathy and sociopathy both describe the same personality syndrome. However, many experts identify them as separate but overlapping entities with distinct etiological mechanisms.1 Psychopathy remains empirically the better described of the 2 and is the term most often used to denote the cluster of personality traits in question.

The term antisocial is often clinically used as a short-hand reference to the DSM-V diagnosis of antisocial personality disorder (ASPD), which is based almost entirely on behaviors. A lack of empathy and disregard for the safety of others are neither necessary nor sufficient for the diagnosis. In contrast, psychopathy is a set of personality traits which may or may not be associated with obvious misconduct. It must not be assumed that an individual who meets diagnostic criteria for ASPD also has psychopathic/sociopathic personality traits, because this is often not the case.2

Psychopathy seems to have some degree of hereditability, although genetic and epigenetic factors are not entirely sufficient to account for disorder. A prevalence of between 15% to 25% has been described in incarcerated populations, and approximately 1% in the general population, with a male to female ratio of about 3:1.3 One study found 4% of corporate managers exhibited significant psychopathic traits.4

Psychopathy has been associated with deficits in multiple cognitive domains, including attention, judgement of risk and reward, and the emotional processing.5,6 The brains of individuals with psychopathy have identifiable structural and functional differences from the brains of those without, which appear to account for some of the cognitive and behavioral manifestations of the disorder. Reduced gray matter volumes in the amygdala and multiple areas of the prefrontal cortex have been described. On fMRI, psychopathic brains have exhibited dysfunctional activity in the default mode network, including limbic and paralimbic structures.7 People with psychopathy have also been found to exhibit impaired communication between the visual prefrontal cortex and the amygdala.8 Increased activity in the ventral striatum in the context of reward expectancy has also been described in association with criminal activity among those with psychopathy.9

Unsurprisingly, psychopathic personalities are identified more frequently in forensic than community settings. The odds of encountering a patient with psychopathy in the general outpatient setting, however, are significant. As with other personality syndromes, these patients often present to a psychiatrist seeking treatment for a comorbid condition, and only through careful assessment does the character pathology become apparent to the clinician. Psychopathy is most often associated with substance use disorders and with other Cluster B personality syndromes, such as narcissistic personality disorder.2

The impairment caused by this condition should not be underestimated. In the forensic setting, this is usually evident. In the community, however, impairment may be less conspicuous. Deficits in attention and risk-reward assessment may result in harmful financial decisions, poor judgement at work, gambling, and other impulsive behaviors. Callousness, deceitfulness, and grandiosity may lead to brief and combustive relationships. One may encounter a patient who cannot seem to maintain employment despite ability and qualification; instrumentally engages socially with others and is undisturbed when relationships fall apart; and exhibits a pattern of poor decision making accompanied by a psychological scotoma for personal responsibility. Psychopathic personality traits may also present adaptively in one domain of life, such as a boardroom10, and maladaptively in another, such as marriage.

The gold standard instrument for assessing psychopathy is the Hare Psychopathy Checklist Revised or PCL-R.11 In the forensic setting, performance of the PCL-R is accompanied by extensive collateral investigation, psychiatric interview, and review of the individual’s medical, social, and criminal history. There is also a screening version of the PCL-R, the PCL-SV, which can be performed outside of the specialized forensic setting (Table).12 The PLC-R and its derivatives have demonstrated good interrater reliability and can potentially be useful when leveraged by objective and ethical evaluators who are trained to interpret the instruments and to provide honest and impartial professional opinions. However, concerns have been raised about the susceptibility of the tests to bias when performed by individuals who lack this expertise.13 These tools have also exhibited wide variability in their ability to predict future violence and their use in the assessment of risk must be approached with caution. There are significant ethical concerns regarding the potential misuse of these tests in legal and clinical decision making when the fate of an individual’s liberty or the safety of others is at stake.14,15 While the items in the PCL-R and PCL-SV may help guide formulation, the diagnosis of psychopathy in the general outpatient setting must be made carefully and only with substantial amounts of data gathered through the physician-patient relationship over time.

Table. Items in the Screening Version of the Hare Psychopathy Checklist-Revised (PCL-SV)

The differential diagnosis for psychopathy includes a personality disturbance due to another mental illness or physical condition. For example, individuals with frontotemporal dementia may present with impulsive behavior and an apparent lack of regard for others. Autism spectrum disorders may also present with impaired mentalization and apparent lack of empathy. Psychotic illnesses may produce a flattened affect with the appearance of shallow or blunted emotional responses. Patients who are dependent on a substance may exhibit manipulativeness and recklessness when their disorder is decompensated, and then improve when receiving appropriate treatment.

The concept of psychopathy in pediatric patients is complex and controversial. Psychopathy is similar to other personality disorders in that it is not diagnosed prior to adulthood, due to the fluidity of personality traits during early development and the inability to predict which children will go on to develop a disorder and which will not. Furthermore, multiple items in the adult diagnostic criteria are predicated on the patient having had sufficient years of life to fulfill them (such as parasitic lifestyle or multiple short-term marital relationships). Any assessment of psychopathic traits in a child or adolescent patient must be approached with extreme caution.

A perilous belief once persisted in the scientific community that psychopathy was not only untreatable, but that attempting to treat a psychopath was affirmatively harmful.16 While incarceration is the definitive “treatment” for some, psychopathy exists on a spectrum like any other mental disorder; more recent research suggests the condition is capable of responding to treatment. Although data are still limited, the treatment of psychopathy has begun to gain traction as a target for clinical research. The substantial evidence supporting the existence of cognitive and emotional processing deficits in people with psychopathy suggests that these are potential treatment targets. Indeed, cognitive behavioral and cognitive remediation techniques have shown some promise.6,17,18 Some have also suggested that the interpersonal and affective symptoms of psychopathy may be amenable to modified dialectical behavioral therapy techniques.19 Data are limited regarding the use of medication to target psychopathic personality traits. The best approach to pharmacotherapy is to target and treat comorbid psychiatric disorders.

Although it may be daunting to encounter a patient with psychopathy in the general practice setting, this syndrome is well defined and can be approached clinically in a manner similar to other personality disorders. Essential elements include examination of the history and patient’s motivation for care, assessment and treatment of comorbid conditions, and collaboration with family members and other treatment providers. Psychopathy is associated with an increased risk of violence; however, this relationship is more complex than it appears and remains the subject of ongoing research.20 As neurological and psychological investigations continue, the future appears more promising than previously thought.

Dr Saleh is a child & adolescent and forensic psychiatrist. He is the director of the Sexual Violence Prevention & Risk Management Program at Beth Israel Deaconess Medical Center, and a Harvard Medical School faculty. His forensic practice focuses on criminal and civil cases including sex offender, threat, competency, and criminal responsibility assessments. Dr Burton is fourth year psychiatry resident at Beth Israel Deaconess Medical Center in Boston, MA. She will be matriculating to the forensic psychiatry fellowship program at the University of Massachusetts Medical School. 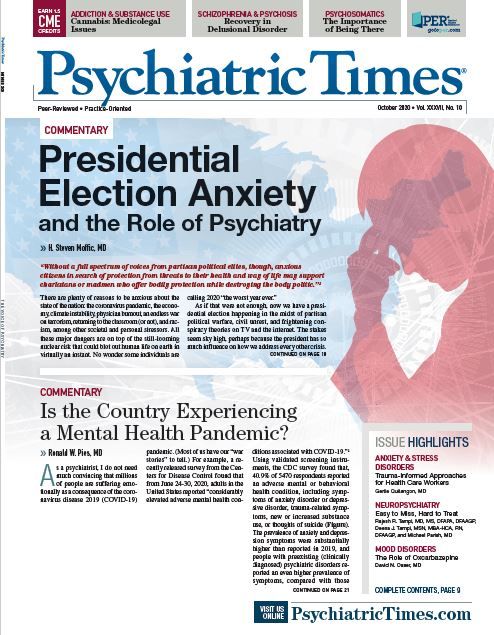 Psychopathy: Insights for General Practice
Assessing Competency To Stand Trial
Behind Closed Doors
The Case for Medication-Assisted Treatment: An Ethical Priority
Oxcarbazepine: Does It Have a Role in Bipolar Disorder?
What to Do When Being There Means Being Vulnerable
I Don’t Want to Die Here in Timbuktu
Between Stoned and a Hard Place? Navigating Cannabis Medicolegal Issues
Managing Distress in Health Care Workers During COVID-19: Lessons From a Disaster Trauma Lens
Easy To Miss, Hard to Treat: Notes on Frontotemporal Dementia
Documenting Recovery in Delusional Disorder With the MMPI-2
Is the Country Experiencing a Mental Health Pandemic?
The Ethics of Reopening
Presidential Election Anxiety and the Role of Psychiatry
The Practice of Medicine
Related Content