Psychotic Disorders in DSM-5: Clinical Implications of Revisions From DSM-IV

The authors discuss the clinical implications of the changes in the DSM-5 section on schizophrenia spectrum and other psychotic disorders. 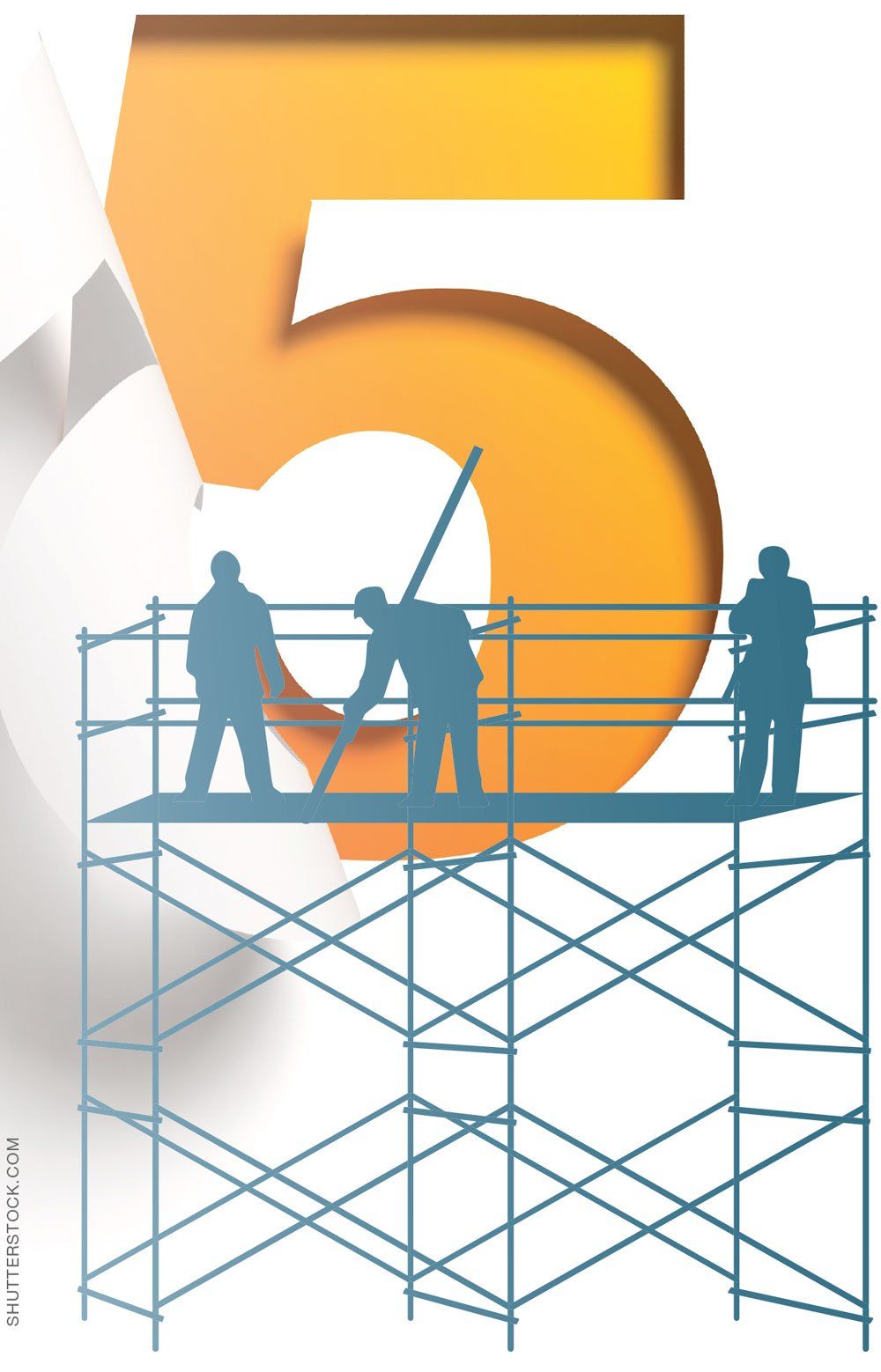 Major systems of classifying psychiatric disorders are revised to incorporate new knowledge and enhance clinical utility. With specific reference to revisions from DSM-IV to DSM-5, the changes in the section on schizophrenia spectrum and other psychotic disorders were made to address:

1. Inadequate presentation of the heterogeneity of clinical syndromes

2. Treatment of schizoaffective disorder as an episode diagnosis with unclear separation from schizophrenia

4. Variable definitions and discrepant treatment of catatonia across disorders in DSM-IV

5. The limited role and validity of schizophrenia subtypes

Relevant revisions in DSM-5 eliminate the classic subtypes of schizophrenia and add unique psychopathological dimensions, as well as a scale to measure each of these dimensions across all psychotic disorders; provide a more precise definition of the boundary between schizophrenia and schizoaffective disorder; and add a new category-attenuated psychosis syndrome. The latter is a condition for further study in Section 3.

In this article, we discuss the implications of these changes for clinical practice.

Schizophrenia and other psychotic disorders are characterized by several psychopathological domains, each with distinctive courses, patterns of treatment-response, and prognostic implications. The 5 characteristic (Criteria A) symptoms vary among patients as does symptom severity within each syndrome at different stages of illness. Individualized treatment depends on identifying which aspects of pathology are present. To facilitate deconstructing syndromes into symptom dimensions, Section 3 provides a 5-point scale for each of the Criteria A symptoms (delusions, hallucinations, negative symptoms, disorganization, psychomotor) and for cognitive impairment, depression, and mania.1

Measurement of the severity of symptoms throughout the illness can provide useful information about the nature of the illness in a particular patient and can aid in assessing the specific impact of treatment. As a simple rating scale, it encourages clinicians to assess and track changes in the severity of these dimensions in each patient with schizophrenia and use this information to individualize measurement-based treatment.2

A related change in DSM-5 is the elimination of the classic subtypes of schizophrenia because of their limited diagnostic stability, low reliability, poor validity, and little clinical utility.3,4 This change has relatively little clinical impact because subtypes are rarely utilized in most mental health care systems across the world. The subtypes have almost disappeared in the research literature, since they were not effective in reducing the heterogeneity of schizophrenia. The dimensional assessments in Section 3 are a direct approach to clinical heterogeneity and are useful in providing measurement-based treatment.

Early detection and intervention is a goal throughout medicine. A prodromal phase prior to full psychosis has long been described for schizophrenia, and this has been the basis for clinical high-risk research internationally. Treatment is more effective in early phases (first-episode psychosis), and shortening the duration of untreated psychosis improves outcome. Early detection allows intervention earlier in the development of psychosis and in so doing identifies mostly young persons who merit clinical attention for psychopathology and impaired function with the hope of prevention of full psychosis.

Although individuals with a defined attenuated psychosis syndrome are about 500 times more likely than the general population to have a psychotic disorder in the next year, the vast majority of such individuals do not develop schizophrenia.5 Here, too, dimensional assessment can guide treatment as depression, anxiety, sleep disturbance, social withdrawal, declining role function, and other targets for clinical care are identified and treated.6

In view of the uncertain reliability in general clinical settings and its unclear nosological status, attenuated psychosis syndrome was added to Section 3 (Appendix) of DSM-5 as a condition for further study.7 The clinical impact of this change is the availability of a reliable set of criteria for attenuated psychosis syndrome, which should allow its appropriate recognition and treatment of current symptoms and encourage careful monitoring to facilitate early detection of psychosis.

Changes in the diagnostic criteria of schizophrenia from DSM-IV to DSM-5 were modest, and broad continuity with DSM-IV was maintained. The special treatment of bizarre delusions and other Schneiderian first-rank symptoms in Criterion A (active phase symptoms) was eliminated. Schneiderian first-rank symptoms are to be treated like any other positive symptom with regard to their diagnostic implication. A single bizarre delusion or third-party hallucination is no longer sufficient to meet Criterion A for schizophrenia.

A second minor change is the addition of a requirement that at least 1 of the 2 required symptoms to meet Criterion A be a core positive symptom: delusions, hallucinations, or disorganized thinking. The clinical impact of these changes is limited and will not result in any detectable difference between the percentage of patients meeting the DSM-IV diagnosis of schizophrenia and those meeting the DSM-5 diagnosis.8

Characterization of patients with both psychotic and mood symptoms either concurrently or at different points during their illness has always been a nosological challenge, and this is reflected in the poor reliability, low stability, questionable validity, and limited clinical utility of a diagnosis of DSM-IV schizoaffective disorder. In DSM-5, schizoaffective disorder is explicitly conceptualized as a longitudinal and not an episodic cross-sectional diagnosis.9

Initial diagnoses of DSM-IV schizoaffective disorder often change to schizophrenia.10 DSM-5 explicitly specifies that schizoaffective disorder is a lifetime and not an episodic diagnosis, thereby improving the stability of the diagnosis and enhancing its clinical utility. At the same time, assessment of the Section 3 mood dimensions (ie, depression and mania) in all psychotic disorders encourages recognition and treatment of these psychopathologies rather than a change in diagnosis.

In DSM-IV, 2 different criteria were used to diagnose catatonia, and the syndrome was treated discrepantly (ie, a subtype of schizophrenia, but a specifier of major mood disorders). In addition, catatonia was found to exist in psychiatric and general medical conditions outside of DSM-IV conditions in which it could be diagnosed.11 Given the fairly specific treatment implications of catatonia, its appropriate recognition and treatment is a clinical imperative. Catatonia is treated consistently across DSM-5 using a single set of criteria and is a specifier for various psychotic disorders and major mood and bipolar disorders.12

Catatonia associated with a general medical condition was retained as a category. A new residual category, catatonia not otherwise specified, was added to classify catatonia associated with mental disorders other than those covered in the psychoses, mood, and bipolar disorders chapters or those whose underlying illness has not yet been identified. These changes should improve the consistent recognition of catatonia across the range of psychiatric disorders and facilitate its specific treatment. The hope is that under-recognized, under-treated catatonia will be addressed and that the presence of catatonia will no longer lead to the presumption of schizophrenia.

The changes in DSM criteria are consistent with the proposed changes in ICD-11 that will also include the deletion of classic subtypes, the elimination of the special treatment of Schneiderian first-rank symptoms, and the addition of dimensions to characterize the heterogeneity of schizophrenia.13 The current discrepancy in the duration criteria for schizophrenia between DSM and ICD (6 months versus 1 month, respectively) remain because DSM-5 was finalized before this issue was addressed in the ICD process.

While high reliability and validity were important considerations, changes in DSM-5 criteria for schizophrenia and other psychotic disorders were principally designed to facilitate clinical assessment and treatment. No biomarkers meet standards of sensitivity, specificity, and predictive value for application in the diagnostic process. The revisions in DSM-5 criteria for schizophrenia and related disorders provide a more useful platform for integrating emerging genetic and other neurobiological information about these conditions.

The addition of psychopathology dimensions emphasizes the need to address psychopathology and clarifies the clinical syndrome status of diagnostic categories. The growing need for evidence-based care and early detection requires classification, and the inclusion of attenuated psychosis syndrome in Section 3 is a preliminary step to further studies. Processes that facilitate further modifications in DSM-5 based on new knowledge are being put in place. They include moving symptom dimensions into the main text, establishing a placeholder diagnostic category for clinical high-risk/early detection cases, and the integration of new knowledge regarding pathophysiology.