As we are faced with a growing population of older adults, a better understanding of the issues that they confront is crucial. 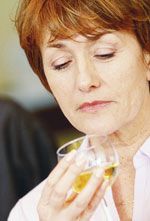 In 2009, the elderly constituted 12.9% of the US population. This translates to 39.6 million-a number that is growing.1 Perhaps as a result of generational stereotyping or ageism, the topic of substance abuse and dependence is rarely associated with the elderly. Although there is a dearth of literature regarding patterns of illicit drug use and abuse in older adults, recent surveys indicate that abuse of illicit drugs by older adults is on the rise.2 A  2009 study by the Substance Abuse and Mental Health Services Administration (SAMHSA) yielded some sobering conclusions regarding substance use in individuals aged 50 years or older.2

Consequences of substance abuse in the aging and elderly

Clinical research is beginning to elucidate the consequences of unrecognized substance abuse or dependence on an aging population. Complications that occur with increasing frequency with age, such as medical comorbidity, cognitive impairment, and frailty, contribute to the potential adverse interactions between substance misuse and an aging brain.

The 2009 SAMHSA's National Survey on Drug Use and Health revealed dramatic increases in illicit drug use in older adults, including nonmedical use of prescription drugs among women aged 60 to 64. Overall, alcohol was the most frequently reported primary substance of abuse for persons aged 50 or older. Opiates were the second most commonly reported primary substance of abuse, reported most frequently by individuals aged 50 to 59. These individuals also had the highest proportions of inpatient admissions for cocaine, marijuana, and stimulant abuse.2

One-quarter of the prescription drugs sold in the United States are used by the elderly, and the prevalence of abuse of these agents may be as high as 11%.3 Commonly prescribed drugs with abuse potential include those for anxiety, pain, and insomnia, such as benzodiazepines, opiate analgesics, and skeletal muscle relaxants. A review of medical records of 100 elderly patients who were dependent on prescription drugs and were admitted to the Mayo Inpatient Addiction Program between 1974 and 1993 assessed the frequency of abuse by type of prescription drug. The most commonly abused were sedative/hypnotics (mostly benzodiazepines) and opioid analgesics.4

Aging induces physiological changes that increase susceptibility to the deleterious effects of alcohol and other illicit substances. Given these changes, the National Institute of Alcohol Abuse and Alcoholism recommends the following for men aged 65 or older: no more than 1 drink daily (ie, 12 oz of beer at 5% alcohol, or 5 oz of wine at 12% alcohol, or a 1.5-oz shot of hard liquor at 40% alcohol), a maximum of 2 drinks on any occasion, and even lower limits for women. These recommendations highlight how alcohol use in the elderly can potentially be problematic, even if it does not cause abuse or dependence.

What is already known about substance abuse in the elderly?
? Recent surveys and studies indicate that alcohol and illicit drug use is on the rise in the elderly population. Complications that occur with increasing frequency in the elderly contribute to adverse reactions of substance misuse.

What new information does this article provide?
? This article discusses the prevalence of substance use disorders in the elderly and the evidence-based approaches to treatment in this population.

What are the implications for psychiatric practice?
? Substance dependence is under-recognized in the elderly. Careful medical and psychiatric assessments are essential for the diagnosis. This population shows good results once in treatment.

In late-onset substance abusers, these behaviors are often thought to develop subsequent to stressful life situations that include losses that commonly occur with aging (eg, death of a partner, changes in living situation, retirement, social isolation). These individuals typically experience fewer physical and mental health problems than early-onset abusers.5

Clinical presentations of substance abuse in the elderly may not be suspected because the presenting picture often does not correspond with stereotypes based on younger populations. Severe substance abuse with major social consequences is certainly seen in elderly patients, but antisocial behavior and lower socioeconomic status are less common and clinical manifestations are more variable. Given the higher prevalence of comorbid medical problems, elderly patients are at greater risk for medical consequences associated with substance abuse.

Common medical consequences include liver damage; immune system impairment; and cardiovascular, GI, and endocrinological problems.6 Elderly patients often present to the emergency department with severe illness. Symptoms of alcohol withdrawal are missed and are easily attributed to a cause other than alcohol abuse. Alcohol withdrawal disorders include tremulous syndrome, hallucinations, seizures, and delirium tremens. Although there is no evidence that the disorders occur at different rates in the elderly, data from animal studies show increased severity of symptoms.

The prevalence of alcohol-related dementia in late life differs depending on the diagnostic criteria used and the population studied; however, there is general consensus that alcohol contributes to cognitive deficits.7 Substances such as opioids and benzodiazepines also increase the risk of cognitive impairment that ranges from confusion to delirium to dementia.8

The coexistence of substance abuse and psychiatric illness has been established in several studies, although the exact relationship remains unclear. Prevalence is estimated to be between 21% and 66%. Approximately 25% of elderly patients have comorbid depression. Also common are cognitive disorders and anxiety disorders, both of which occur in 10% to 15 % of elderly patients.9

In older patients, substance abuse problems are often misdiagnosed. Part of the challenge when working with the older population is to confront one's own biases and beliefs. Another challenge is denial of substance use by the elderly, which can make accurate diagnosis and treatment more difficult.11 In addition to a clinical interview, several screening instruments can be used (eg, the CAGE questionnaire, the Alcohol Use Disorders Identification Test, and the Michigan Alcoholism Screening Test-Geriatric Version [MAST-G]).12

A comprehensive evaluation should include a thorough physical examination along with laboratory analysis and psychiatric, neurological, and social evaluation. An increased focus on successful identification and subsequent treatment is warranted because research indicates that elderly patients reduce substance use when encouraged by their physician.

There is a general lack of evidence-based treatment approaches for substance abuse in the elderly. As a result, much of what is recommended is based on interventions that have been validated in younger populations. It is important to understand specific ways to engage the elderly patient. In general, the choice of treatment depends on the severity of the condition and the level of functional impairment and varies from hospitalization to outpatient care.

Psychoeducation about the risks of combining alcohol with medications and excessive alcohol use is important. A number of clinical trials have shown that approximately 10% to 30% of problem drinkers have been able to reduce their drinking after brief 1- to 3-session interventions.13

The need for detoxification and the potential for serious withdrawal symptoms should be carefully evaluated. Regardless of the treatment modality chosen, psychotherapy and other interventions need to be tailored for each patient. Groups of patients of similar ages are ideal because they increase patient comfort and adherence.

Psychotherapy is often recommended on either an outpatient or inpatient basis, depending on the severity of the problem. Recommendations for specific therapeutic modalities are extrapolated from studies on younger populations because of the lack of such research on older adults. Motivational interviewing has been validated as an effective method to ascertain an individual's willingness to change and to enhance motivation for change.14 Cognitive-behavioral therapy is also widely used in the treatment of substance abuse.13 In addition, initial studies of brief therapeutic interventions have shown promise in older adults.15

The opiate antagonist naltrexone reduces cravings for alcohol and is intended to be prescribed as adjunctive treatment to psychosocial support to reduce the risk of alcohol relapse. A dosage of 50 mg/d was found to be safe in a 12-week, randomized, placebo-controlled trial in 44 older veterans with alcohol dependence. However, there were no differences in the number of patients who experienced relapse or who remained abstinent in the naltrexone and placebo groups.16

Generally, disulfiram should not be prescribed for the elderly because of the increased risk of delirium and other serious adverse effects.17 Acamprosate is thought to exert its therapeutic effect by modulating the excitatory glutamate amino acid system in the brain. It may be safer and more effective for patients with liver dysfunction; however, it should be used cautiously in elderly patients with impaired renal function. A meta-analysis of studies of acamprosate in younger adults showed a 13% improvement in 12-month continuous abstinence rates.18

Participation in Alcoholic Anonymous meetings is an important part of treatment. Meetings that have an age-matched cohort provide mutual support, allow for peer bonding, and foster the establishment of peer sobriety networks.

As we are faced with a growing population of older adults, a better understanding of the issues that they confront is crucial. Studies are needed to identify the best ways to integrate screening into general medical settings as well as to understand the neurobiology of substance use disorders in the older adult with medical and cognitive comorbidities and to determine which specific treatment interventions are safe and effective.

2. Results from the 2009 National Survey on Drug Use and Health: Volume I. Summary of national findings. www.samhsa.gov/data/NSDUH/2k9NSDUH/2k9Results.htm. Accessed July 9, 2012.

18. Mann K, Lehert P, Morgan MY. The efficacy of acamprosate in the maintenance of abstinence in alcohol-dependent individuals: results of a meta-analysis. Alcohol Clin Exp Res. 2004;28:51-63.