Taking Stock of the History of Psychiatry at H-Madness

Very important-but generally neglected-aspects of the history of psychiatry provide something of a glimpse of what historians of mental health and illness are mulling over these days. 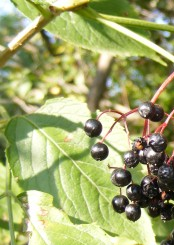 As fall semesters in the US-as well as another calendar year-come to an end, I thought I would take some time to report on the topics we covered this past fall over at h-madness. Reporting as we do on international conferences, seminars, and workshops, scholarly publications, and discussions in the popular press about the history of psychiatry, the postings provide something of a glimpse at what historians of mental health and illness are mulling over these days.

It’s clear that developments during the 19th and 20th centuries remain the chief focus of historians. Some familiar themes continue to be subjects of discussion: there is a conference on trauma and post-trauma since World War I; another on the history and theory of diagnosis; and still another on deinstitutionalization from a global perspective. An old topic is garnering new attention: dreams. Oxford University held an interdisciplinary intellectual festival on dreams and nightmares, and in France a new book examines the history of scientific research on dreams from 1800 to 1945. Psychotherapy is also on the agenda, with a conference in Germany on work as a form of therapy in the 1920s and a call for papers on the history of psychological counseling in Canada.

When it comes to publications, a new, peer reviewed, on-line only, free-access international journal was announced. Psy Cultures is devoted to the study of the transnational diffusion of so-called “psy knowledge” (psychology, psychiatry, psychotherapy, psychometrics) and the practices associated with these fields. Making this journal especially unusual and interesting is that its editorial committee and staff are based primarily in South America, a part of the world largely neglected by Anglophonic and European historiography. Its first issue is scheduled for August 2013.

The fall issues of a number of journals in the history of science, medicine, and psychiatry also testify to the fact that historians are expanding their outlooks. The history of diagnostic categories and terminology continues to attract many historians of psychiatry. Abdullah Kraam and Paula Phillips have looked at 19th-century concepts that influenced the formulation of hebephrenia and found the notion to be related to the rise of degeneration theory and the idea of adolescence as a distinct stage in the life-course of individuals. Alan Blum offers a historically informed critical analysis of “dementia” within the medical and scientific research communities examining old age.

Lisa O’Sullivan has written about the phenomenon of nostalgia in the history of French psychiatry during the 19th century. A disease believed to be triggered by displacement and to manifest itself in the form of a pathological homesickness, nostalgia was mostly widely recognized as an illness common among French troops following the French Revolution. She puts forward the thesis that the idea of nostalgia as a disease all but disappeared by the 1870s as a result of the rise of communications and transportation technologies that made “home” more accessible. And Katherine Angel takes up the emergence of “female sexual dysfunction” (FSD) in contemporary American psychiatry. Like many other newly dubbed disorders, FSD appears to be a product of the reciprocal influence of scientific scholarship and popular activism. In this case, as others have observed, it is acting as an analogue, a counterpart, to erectile dysfunction.

There are also some articles examining generally neglected-and often very important-aspects of the history of psychiatry. Waltraud Ernst studies the mortality rate of those confined on a long-term basis at the Ranchi Indian Mental Hospital during the early-20th century, noting that there is a relative dearth of historical statistical analyses of such institutional trends. Ernst goes on to point out that even today mortality rates for psychiatric patients in Western countries remain quite high in comparison to the general population (3 times higher in Sweden, 6 times higher in Germany). So it is interesting to find out that an assessment of the mortality rate in the Ranchi facility in India was consistently lower than other facilities at the time (3 times lower than in England and Wales, for instance). She concludes by discussing the enormous methodological challenges facing anyone attempting to draw quantitative, epidemiological comparisons between institutions and across countries over time.

Anne C. Rose explores how race relations created challenges and opportunities for some psychiatrists in the 20th century. She looks at the organizational efforts of Richard Lyman and his psychiatric teams at Peking Union Medical College in the 1930s and Duke University in the 1940s, and she finds that Lyman encountered more difficulties in establishing multi-racial psychiatric services in the American South than he did in China.

Finally, Alannah Tomkins writes about cases involving physicians in the 19th century who treated “mad” patients and who themselves were subsequently admitted to lunatic asylums for treatment. Throughout the century, physicians working in asylums were believed especially at risk for mental illness and were instructed to diligently look after their own mental health. Stresses of various kinds-anxiety, uncertainty, fear-were cited as potential triggers of lunacy among medical professionals. Tomkins argues that the increased attention to the issue was, in part, the result of the rise of medicine and mad-doctoring as middle-class professions, prompting “strains of juggling private practice, public responsibility, domestic solvency, and personal ambition.”1(p439)

Being institutionalized, however, often meant a loss in status-and along with it, a loss in respect from the medical community itself-something often sparking very public negative reactions on the part of the physicians who were institutionalized. The experience of being confined, however, did give these physicians a very direct sense of the patient’s perspective. As one physician complained in 1839 after being released from an asylum, “I am fully convinced that every individual action [I took] can be shown to be consistent with a man of sound mind, having to deal with almost unheard of persecutions, misrepresentations, and barbarous cruelties! . . .  But when an individual is once stamped with even the name of lunatic, self-defence [sic] ceases to be defensible-every resistance is quoted as a proof of insanity.”1(p448)

Reference1. Tomkins A. Mad doctors? The significance of medical practitioners admitted as patients to the first English county asylums up to 1890. Hist Psychiatry. 2012(23):437-453.