Pascal’s “Wager” uses “reason” to conclude that even though the existence of God cannot be determined, one should nevertheless “wager” as though God exists, because one has everything to gain, and nothing to lose.

TALES FROM THE NEW ASYLUM

The fear of eternal damnation. . . . This was his answer to my question. So far, my suicide risk assessment was grossly one-sided. A staggering number of risk-enhancing factors towered over the two of us. In searching for protective factors,2 I needed something. Anything. Then finally I did get one life-anchoring factor-and fortunately it carried enough weight, in Mr W’s mind, to tip the scales in the favor of life. 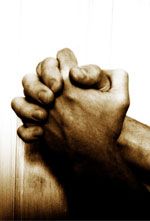 Mr W laid it all out for me clearly. So very clearly that it worried me. He had a life sentence without the possibility of parole. No light at the end of his tunnel. Or as he said to me: “This is it for me. Cold, hard walls surrounding a bunch of angry people. So you put all this together and . . .” And you make your psychiatrist extremely nervous. Mr W had been sent to the inpatient unit because the correction officers (COs) had observed him giving away possessions and isolating himself socially. Chalk up another nice catch for the COs.

Interviewing Mr W in the prison inpatient unit, I discovered a most unusual individual who suffered from, among other things, a rather serious depression. He had been in prison for about 6 years of his life sentence for killing a person with a hatchet. With great certainty, I would wager that he was the most intelligent hatchet murderer I had ever met in my life. He explained his circumstances with the articulate vocabulary of a professor.

Consequently, when I asked him, “So what has been keeping you alive all this time?” His reply was prompt and exacting: “That’s easy. The fear of eternal damnation. . . . You see, I don’t really have anything to live for. . . . But I do have a reason not to kill myself. Now I’m not a particularly religious person. I have been a man of science all my life. . . . But this does not necessarily preclude that there may be some type of higher order being . . .”

I sat in rapt attention. Not an uncommon state for me when listening to “lifers.” Why? That’s easy. Because lifers have a lot of time to think about life-what sustains it, what stops it, what odds favor our personal “wagers” for happiness.

Mr W continued: “So you see, the only conclusion I can come to with reason is . . . what if they’re right? You know, about God. Because if they are and I kill myself . . . I’m [expletive’d].” Mr W looked intensely at me with these last words. It was a look of subdued terror, muted by years of cultivated emotional numbing, as is required in the institution where he was sent to die.

“Let us weigh the gain and the loss in wagering that God is. Let us estimate these two chances. If you gain, you gain all; if you lose, you lose nothing.” Blaise Pascal (1669)1

I relax a bit in my chair. But not too much. At least I have come across a point of meaning we can explore further. Mr W had pointed me toward a minuscule hint of light visible through a hairline fissure in his cold, hard walls. And I was grateful.

I was hardly surprised to find out that Mr W knew of the famous “Pascal’s Wager.” I was familiar with Pascal as the French philosopher, inventor, and mathematician of the late 1600s. He was a child prodigy, made many significant discoveries/inventions, and died very young at 39. In his later years, he transitioned from science to philosophy and theology. His classic work Penses (“Thoughts”) was published posthumously. Pascal’s “Wager” (note 233 of Penses) uses “reason” to conclude that even though the existence of God cannot be determined, one should nevertheless “wager” as though God exists, because one has everything to gain, and nothing to lose.

But in a sense, Mr W’s wager wasn’t really a wager. His dilemma was more than a probability equation. Although it masqueraded as logic and reason, it was actually beyond both-an unnameable vital force that wanted, needed to be given light. Because there was a form he was destined to take, and he wasn’t done growing yet.

I chose to defy “reason” and did not, in fact, foster Mr W’s fears of eternal fire and brimstone. Instead, I took a more subtle route. I honored Mr W’s allegiance to reason and logic. As a man of science myself, this was not hard to do. Finally, I wagered against sending the prison chaplain to see Mr W “stat.” Rather, Mr W and I followed in the footsteps of Pascal and reasoned. And by reasoned, I mean Mr W reasoned, and I listened. And then one day, Mr W decided on his own to go see the prison chaplain.

God is, or He is not. But to which side shall we incline? Reason can decide nothing here. . . . What will you wager? According to reason, you can do neither the one thing nor the other. . . . Do not, then, reprove for error those who have made a choice; for you know nothing about it.1

It is not certain that everything is uncertain.1

Articles in this issue
Clinical Manual of Couples and Family Therapy
Manual of Inpatient Psychiatry
That’s Not My Child: A Case of Capgras Syndrome
Poor Practice, Managed Care, and Magic Pills: Have We Created a Mental Health Monster?
The Naked Lady Who Stood on Her Head: A Psychiatrist’s Stories of His Most Bizarre Cases
Treating Self-Harm in Children and Adolescents
Marijuana Withdrawal Syndrome: Should Cannabis Withdrawal Disorder Be Included in DSM-5?
Psychotherapy is Alive and Talking in Psychiatry
Clinical Manual of Couples and Family Therapy
Patient Violence Against Health Care Professionals
A “Pocket Guide” to Avoiding the Most Common Boundary Pitfalls
Tales From the New Asylum: Pascal’s Wager
Psychological Healing in Haiti
How Useful Are Patient Opioid Agreements and Urine Drug Testing?
The Green Willow
Related Videos
Related Content