That’s Not My Child: A Case of Capgras Syndrome

The specific cause of Capgras syndrome has been hypothesized from neuropsychological and psychodynamic views. 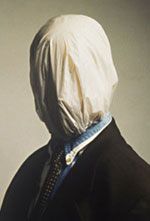 Mary, aged 40 years, was referred for psychiatric evaluation out of concern that a mental health diagnosis was interfering with her ability to appropriately and safely care for her child. The patient had stated on numerous occasions that her 9-year-old daughter, Sarah, had been placed in the custody of Child Protective Services and replaced by an imposter. Mary also reported that she had given birth to twins but that the hospital record only documented the birth of Sarah. On occasion, she had shown up at her daughter’s school, refusing to pick her up, screaming, “Give me my real daughter; I know what you’ve done.”

Despite reassurance from multiple health care providers and relatives, Mary continued to express concern that her daughter was not, in fact, her own. Furthermore, she related several episodes in which her daughter was “whisked away before I could talk to her” while going about her daily business. For example, Mary related that a car driven by an unknown person, with Sarah in the passenger seat, passed by her while she was running errands but sped away once she was noticed.

Following Mary’s initial evaluation, a delusional disorder-Capgras syndrome-was diagnosed.1 The results of this evaluation indicated that Mary’s condition was indeed a delusion, because it was a fixed false belief that persisted over time. Attempts to redirect or foster the development of insight were in vain. Given the patient’s suspiciousness regarding her daughter’s true identity, social services questioned Mary’s ability to parent effectively.

Although medication was prescribed (risperidone 2 mg by mouth at bedtime), Mary responded poorly, and her delusion persisted. Her medication was subsequently titrated to a total dose of 4 mg/d, also with poor response. Mary’s adherence with the prescribed medication regimen was questioned, but the intervals between prescription refills and pill counts failed to suggest that she was nonadherent.

Mary was believed to be suffering from a specific delusion identified as Capgras syndrome. This condition was first described by Joseph Capgras and Reboul-Lachaux in 1923 and was later named for Joseph Capgras. The syndrome describes a delusion (or fixed false belief) in which the affected individual believes that another person, generally a family member or close acquaintance, has been replaced by a look-alike imposter. It is important to note that Capgras syndrome is not a DSM-IV-TR diagnosis, but it is most often found as part of another underlying disorder, such as schizophrenia or dementia of the Alzheimer type.

The specific cause of Capgras syndrome has been hypothesized from neuropsychological and psychodynamic views. Current neurological studies have focused on similarities between Capgras syndrome and prosopagnosia, a neurological disorder in which damage to the right ventromedial occipitotemporal areas in the brain causes impairments in the ability to recognize faces.2 Some psychodynamic approaches have looked at ambivalence and hostility the delusional person may have toward the imposter, either directly or indirectly as the cause of the delusion. Severe anger toward the imposter can lead to the use of splitting as a defense mechanism. In this way, the patient can preserve some of his love for the close acquaintance while still expressing anger by saying that he loves the true person and is only mad at this “new faker.”

A case has been described in which a mother believed her adult daughter had been replaced with a look-alike imposter. On delving into the patient’s history, it was found that the patient had to leave a very serious relationship with a man she loved because she was pregnant with another man’s child. The baby eventually grew into the adult daughter who the patient believed had been replaced. The patient’s resentment for having to leave her lover when she was pregnant was believed to be the psychodynamic source for the current delusion.3

With Capgras syndrome, the family member who is believed to have been replaced is most often a spouse, parent, or sibling. For unknown reasons, the “replaced” family member is rarely the child of the delusional person and even more rarely is the child younger than 20 years.3 Although violence aimed at any person is a significant threat, violence aimed at children is particularly worrisome. Mary’s case is unique because the increased potential for violence in her relationship with her daughter needs to be taken into consideration when assessing the patient’s ability to be a safe and effective parent.

Although violence can be seen in all psychiatric disorders, there is a higher incidence of severe violence in patients with delusional disorders.4 In patients with Capgras syndrome, the violence is often directed at the imposter or, in some cases, the people the patient believes replaced the loved one with the imposter.

Bourget and Whitehurst5 found several demographic features that increase the likelihood of violence in persons with Capgras syndrome. Specifically, if the imposter lives with the patient or if the delusional person is male, has a persistent and long-term delusion, or has a history of violence or substance abuse, the risk of violence is increased. The sources of violence can be frustration or fear of the imposter, but it can also be cultural.

Silva and colleagues6 found that some folklore and regional legends suggest that if a child is thought to have been replaced by another person or even by a demon, battering and being physically aggressive toward the imposter might bring the “real” child back. One Swedish fairy tale recounts the story of a woman who believed her child was an imposter. In the story, she is advised to put her baby into a hot oven; when she does this, her “true” child is returned.6 This is a severe case that is not necessarily the norm for patients with misidentification delusions; however, it is evidence that violence in delusional persons can happen.

The dangers a delusional parent poses to his children are significant and must be taken seriously. In Mary’s case, the court system granted temporary guardianship of her daughter to Social Services, because she was seen as unfit to parent. Some insight into the psychosocial stress leading to the development of this disorder would provide an area to begin psychotherapeutic treatment, but her history failed to reveal any acute stressors. Unfortunately, treatment with pharmacotherapy alone was minimally effective, underlining the fact that 50% or fewer patients with a delusional disorder improve.6 Given the very real risks associated with this case, Sarah was placed into a safe environment until her mother responds to treatment, if ever.

Sinkman A. The syndrome of Capgras.

Talley BJ, Michels L. Two patients who think their family members have been replaced by “imposters.”