An expert Q&A about the experience of TMS treatment and the future of neuromodulation as it transitions from research to practice. 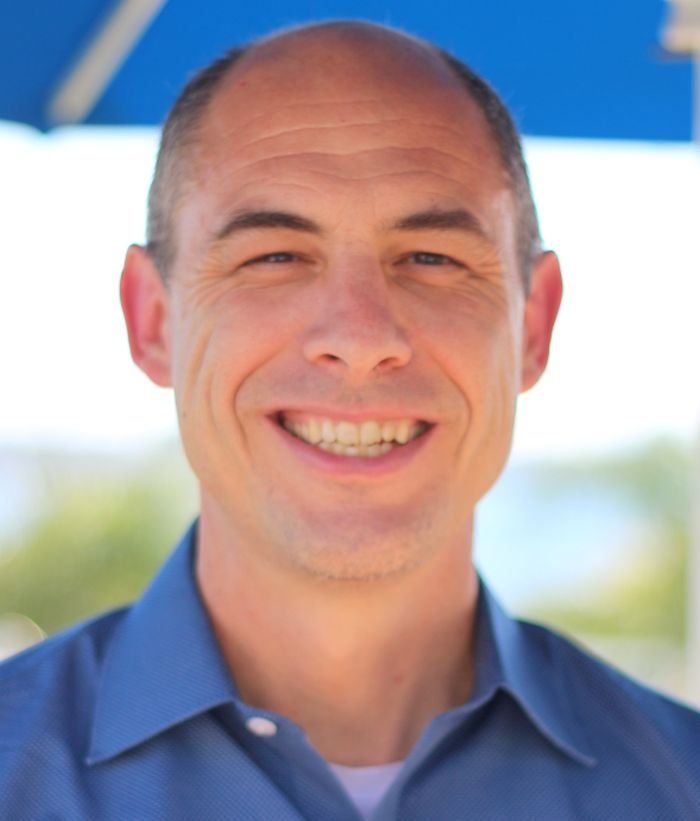 Here: Part 2 of a 3-part interview with Richard Bermudes, MD on transcranial magnetic stimulation (TMS). Dr. Bermudes talks about the experience of TMS (including his own) as well as the future of neuromodulation as it transitions from research to practice. He is founder and medical director of TMS Health Solutions and founding member of the Clinical TMS society, Inc. Part 1 can be found here: Transcranial Magnetic Stimulation: A Look Under the Hood. Part 3: TMS: A Top-Down Process.

David Carreon: Have you ever gone under the coil yourself?

Bermudes: Yes, I have. Several times. I think it's a procedure that is ... It's an interesting experience. Certainly I've sat through several treatments, in different systems, some of the coil types are different. I think it's a good thing to do. It's an interesting experience, and certainly, we all have our subjective sort of experience about what it felt like and what it did to our thinking, or mood, or whatnot.

David Carreon: No, I'm a big believer in that and especially done that myself within my own experience. It is really interesting, sort of the subjective effects and how it feels. What was your experience of, what does it feel like during the stimulation? What [crosstalk] the coil itself, when it goes off? What does it, what did you feel?

Bermudes: Yeah, you know, some of the descriptors that we use and that I would use, it's a tapping sensation. For me, underneath the coil, there's a lot of prickly, kind of pins and needles sort of sensation. I think at first, it's a bit like, oh, there is some sensitivity there. It's a sensation that seems to, at least my scalp, I was able to accommodate to pretty quickly. I was able to get up to a fairly high tolerance, even in the first couple of treatments that I did. There are times when we are on the sort of the trigeminal nerve, and there's sort of this optile [inaudible]. You can get some eye movement sometimes, some tearing. I experienced that as well during my couple sessions that I've sampled.

Jessi Gold: Is sampling just something that all people that do TMS do to themselves?

Bermudes: Yeah, I mean, I think experiencing that, sitting through actually complete treatment, I think is important. We actually have our doctors do it, unless there's of course, a medical contraindication. I think it's important the providers and the technicians ... We tend to have them do that.

Jessi Gold: Does it make you happier?

Bermudes: You know, for me, the way that my sort of subjective experience is ... I'm a big time trail runner, and I run basically every day about four to five miles. I get this sort of level of optimism after I run. Clarity of thinking, and I have a lot of ideas that I have during my runs. The four or five times that I've sat through a treatment, sort of randomly, they're not in a row, I have a similar sensation actually. Like I just went out for a nice four to five mile run, and sort of have this level of optimism about the day and clarity of thinking. That's been my experience. Not everybody has those sorts of immediate, sort of experiences with TMS. It can really vary.

David Carreon: I guess it depends on the day and the location. There's so many variables, and I think that the subjective effects of TMS are something that I think you need a lot more work. Because the standard story is, "No, you don't feel anything. It's just sort of the neuro-plastic effects over months," but I don't know. For some of my research subjects, and even myself and lab mates that have done it, there are some pretty significant subjective effects if you're at least either mindful enough or paying attention. It's pretty interesting. One of the times was this feeling of, for me it was more or less of a euphoria and more of a confidence, more of a mastery or control feeling.

Bermudes: Yeah, I would say it was that way for me as well. I tend to feel that way after I run. It's sometimes euphoric, but yeah, definitely a sense of here's what I'm going to do today and I can do it. Clarity of thinking.

Jessi Gold: Do you feel like if everybody felt like that, then they just wouldn't go for a run and would just put a magnet to their head?

David Carreon: What about recreational TMS?

Bermudes: I actually have thought about that. I'm kind of glad I get that, because it provides a lot of positive reinforcement for me to run. There are times when I start out in the day not wanting to, and I just sort of tap into that feeling. I'm getting this done, because I know I'm going to feel this way. Yeah, I'm glad there's not like a little device in my closet that I can kind of access, because I certainly know that I would slide on the exercise.

Jessi Gold: I think everybody would.

Bermudes: Not that I know of or will admit to.

David Carreon: This does raise the question of, I mean I know that with antidepressants, some of the probably more fringe opinions, but you know, everybody would be better if they were on an antidepressant. That antidepressants make anybody happier. Would you say something like that might be true of TMS, in a different world with different laws? What do you think it's doing to you or to me, to make us feel good, and is that a good idea?

Bermudes: I actually have some reservations about that, because I think that from a data point of view, we know that there are certain patients with clusters of symptoms. We can take patients with a certain score on the PHQ-9 or the [inaudible], and we know they have elevated depressive symptoms. We do a history, and we diagnose them with major depression. We know a certain part of them will have, basically network problems, so to speak. Broadly spoken, so there's sort of network disconnect. If we utilize TMS, we know that that network function improves, essentially. I'm trying to speak broadly, because without getting in to the specifics of the different networks that have been named and claimed, so to speak.

I don't know that if we modulate sort of, healthy networks, that are in a homeostatic balance and functioning the way they "should be," that that is necessarily a safe thing to do. I think it's one thing to sit through one or two random treatments, and it's another thing to get stimulated four to five days a week. I wouldn't put myself through that sort of protocol unless there was really clear evidence that I needed a particular network modulated. There was a point when people talked about how, what would the world be like if everyone were on Prozac. I think we're past that. In fact, I've even read some editorials about, is there an increased level of treatment resistance that we haven't seen before? Could the prolific use of antidepressants maybe contribute to that? I don't know. I don't know enough about antidepressants to be able to speculate on that, but-

Bermudes: Maybe, I don't know. I know that sort of, there is an editorial by [Inaudible] recently in brain stimulation, where there's pretty clear evidence that the chronic resistant depression that we're seeing today is definitely less responsive to medication than what they were seeing in the late 90's, for example.

David Carreon: That brings up, I think this is also something that is a new idea for me at least of recent years in psychiatry, of sort of ... There's some sort of a story of psychiatry where we have these diseases, and they're fixed. The prevalence is fixed, and they're just sort of, you drew the unlucky genetic hand. Things don't really change, and there's no real cultural influences. It's just sort of this fixed lump of a field. We come up with treatments and the diseases don't move. You're sort of describing psychiatry almost like the world of infectious disease, where sometimes new things come up and resistances develop.

It's just sort of this, much more dynamic process, that brain stimulation now is a possible way to treat something that is now no longer responsive to antidepressants. I guess that's a different world than the sort of fixed universe that people maybe described before.

Bermudes: Yeah. I think we're all very, I think psychiatry, I hope is moving sort of ... I don't know what the word is. Kind of trans-diagnostically beyond the DSM-5. There's some usefulness to the DSM-5 or DSM-4, but I've started to think more in terms of network connectivity. I think that's what TMS has taught me, is that some of these older models. The serotonin, the [inaudible] hypothesis. I'm a cognitive therapist, so there's sort of this cognitive model of the mind. Before that, there was the more psycho-dynamic, sort of models. Those were useful at the time because they drove treatment at that time.

I think TMS and other modalities that involve neuromodulation, DBS, DNS, TDCS. It's really about the network, and can you associate a network or a dysfunctional network with dysfunctional behavior, emotions, [inaudible], et cetera? Can we then develop stimulation protocols, patterns, frequencies, that can sort of bring those networks more into balance? I think it is dynamic. I don't know if there's a cure out there. The brain is incredibly dynamic. We're in a dynamic environment, and one environment for one person can produce sort of illness, where another person can have the same environmental stressor and only take something like abuse, or divorce, or bankruptcy.

These are big environmental stressors that a lot of us will encounter at some point during our lives. They don't all produce the same problem with the brain. I think it is very dynamic, if you will.

Jessi Gold: Then if someone comes into your office, is there a depression space in the brain that you're just putting a magnet, or how does that work?

Bermudes: Yeah, so I'm talking about this new, sort of way to think of the brain, but in a way, I don't have biomarkers to tell me what's going with each person who comes into our office. We're sort of stuck with this diagnostics symptom-based, we measure very carefully the symptoms, and then we make assumptions of where on the cortex the magnet needs to be. What sort of modulatory pulse sequence needs to be prescribed. Then what we do, is we have people go through treatment, but there's no biomarker feedback with that. We do more measurement with symptoms, and then we make assumptions about what's going on in the brain based on that.