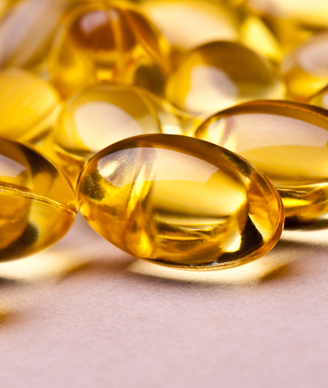 RESEARCH UPDATE
Cognitive impairment is a core dimension of psychopathology and an important determinant of quality of life and functioning in patients with psychosis. Psychosis is associated with impaired cognition in many domains, including attention/vigilance, learning and memory, reasoning and problem solving, processing speed, and social cognition.

Vitamin D is a neurosteroid hormone with a central role in CNS development and function.1 Lower vitamin D levels are associated with cognitive impairments in the elderly.2 Schizophrenia is associated with vitamin D deficiency,3 and a small study in first-episode psychosis found an association between lower vitamin D levels and greater cognitive impairment.4Study designNerhus and colleagues5 investigated vitamin D levels and cognitive function in inpatients and outpatients with psychosis and controls as part of the larger Thematically Organized Psychosis (TOP) Study from 2003 to 2014. Subjects had blood drawn for 25-hydroxy-vitamin D levels and underwent cognitive assessments in the same season. They spoke Norwegian as their primary language or were educated in Norway. Subjects with traumatic brain injury, neurologic disorders, and mental retardation were excluded. Controls were randomly selected from the same geographic catchment area, did not use illicit drugs, and had no family history of severe mental illness.

Demographic and clinical variables were obtained by clinical interviews and review of medical records. Subjects were assessed with 2 different neurocognitive batteries, including 276 subjects assessed with the MATRICS Consensus Cognitive Battery and 108 subjects with a different battery. Total serum 25-hydroxy-vitamin D levels were determined by radioimmunoassay prior to 2009, and thereafter using a liquid chromatography-tandem mass spectrometry method. Data were analyzed using a multivariate analysis of variance, followed by pairwise tests for each cognitive domain. The authors also performed multiple linear regression analyses to investigate possible confounding variables for associations between vitamin D deficiency and cognition.

Findings
The study sample consisted of 225 patients with non-affective and affective psychoses and 159 controls. Schizophrenia (n = 91) was the most common diagnosis. Mean subject age was 30, and 57% of the sample was male.

Vitamin D deficiency was associated with psychotic disorder diagnosis, ethnic minority, history of alcohol or other substance abuse, and lower IQ. In bivariate analyses, vitamin D deficiency was significantly associated with all cognitive tests, except for verbal learning. After the authors controlled for potential confounding factors, vitamin D deficiency remained a significant predictor of decreased processing speed (as measured by digit symbol coding) and verbal fluency (as measured by the Category Fluency Test), although associations were partly mediated by negative symptoms. The authors noted that the cross-sectional design and the use of 2 different methods for vitamin D measurement and cognitive batteries were important study limitations.