We Refuse to Hate

The recent hostage situation at a synagogue in Texas in indicative of a larger underlying problem. 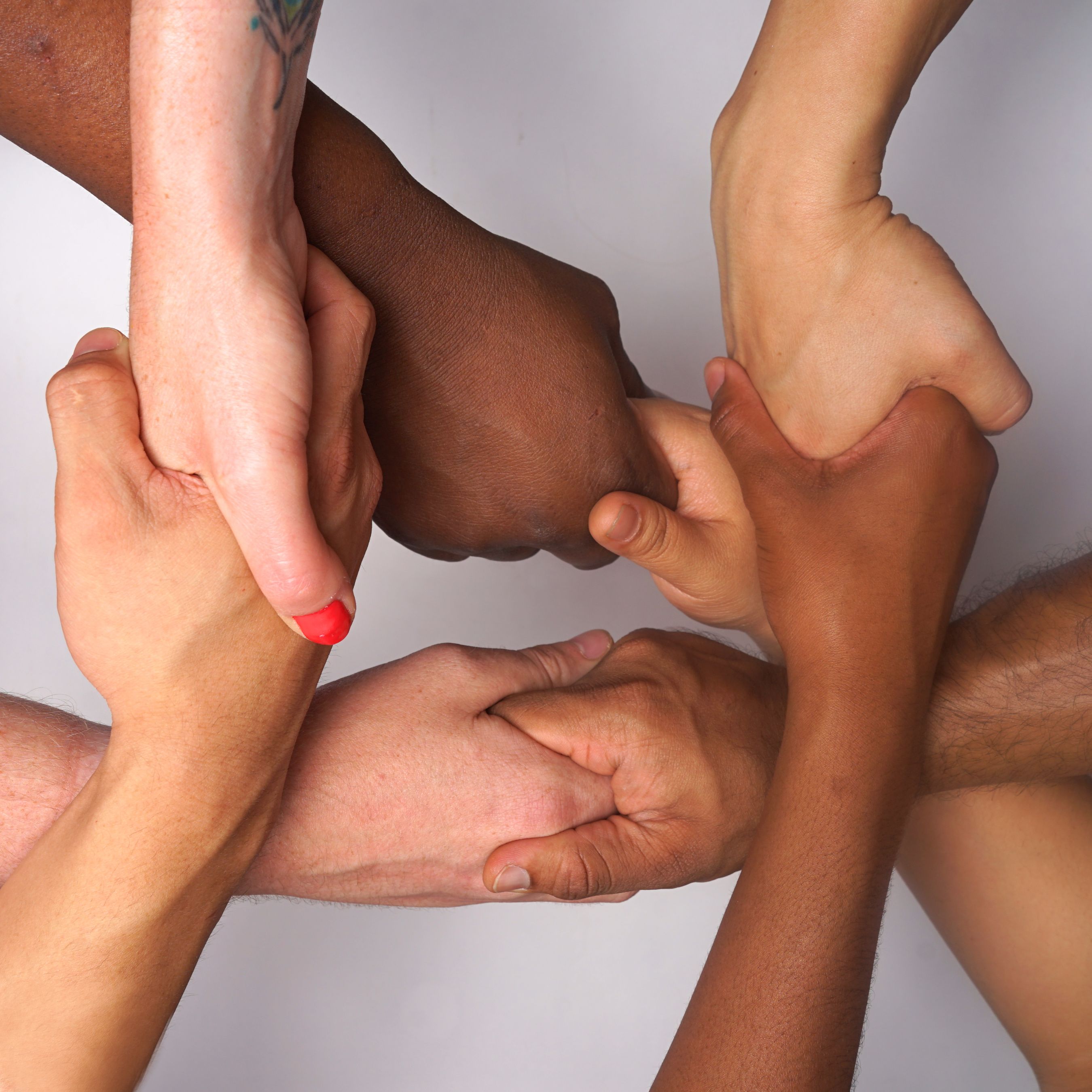 On Saturday, January 15, 2022, according to the January 16th Jerusalem Post article “‘I am grateful to be alive,’ says Colleyville rabbi Charlie Cytron-Walker,” and consistent with the core principle of Judaism to welcome the stranger, a man was let into Congregation Beth Israel synagogue by the Rabbi when he knocked and asked if the synagogue was a shelter.1 As Shabbat prayer continued, the man clicked a gun, and then held the Rabbi and 3 other Jewish individuals hostage, even as he praised the Rabbi on the live-streamed audio of the service, saying “I bonded with him. I really like him.” The man also said that he himself was going to die, and he did. The additional terrible irony is that Rabbi Charlie Cytron-Walker and his wife are pillars in the area for interfaith dialogue.

As the crisis continued, the suspect was identified as a Muslim. He is a British citizen who immigrated to the United States not long ago. During the hostage situation, he was described as “extremely distressed” and making “political” demands. As information emerges after the event, it seems that he might have chosen this Jewish organization because it was close to a federal prison where he wanted a prisoner freed. This prisoner was convicted of trying to kill US Army officers in Afghanistan and conveyed anti-Semitic sentiment during the ensuing stand-off. The standoff lasted almost 12 hours, and with the active-threat training that the hostages had for such a situation, their maneuvers to flee, and the patience of law enforcement, the hostages fortunately escaped. Given our concern with gun control, how the suspect got his gun needs clarification.

The Council on the American Islamic Relations (CAIR), the largest Muslim advocacy group in the United States, condemned the incident as an act of hate: “This latest Anti-Semitic attack at a house of worship is an unacceptable act of evil. We stand in solidarity with the Jewish community. No cause can justify or excuse this crime.”2

Omar Suleiman, PhD, a highly respected Dallas-based Imam, also strongly condemned the attack: “…we will be there for our Jewish neighbors as they recover. The perpetrator cannot claim to have acted for any noble cause. He held a beloved faith leader to our community and his congregants hostage with no regard. And those that will use this to stoke the flames of hatred and division will fail as he did, God willing.”3

Internationally, similar attacks on houses of worship targeting Muslims, like what happened at the Al Noor and Linwood mosques in Christchurch, New Zealand, on Friday, March 15, 2019; or Christians, like on the International Pentecostal Holiness Church headquarters in Zuurbekom, South Africa on Saturday, July 11, 2020; or the gurdwara Sikh Temple in Oak Creek, Wisconsin, on Sunday, August 5, 2012—all are acts whose apparent aim is to foment social and individual hate, but may also be acts committed by persons who need psychiatric care.

Connected religiously and psychologically to this event, the Jewish Tree of Life synagogue in Pittsburgh also had disastrous loss of member lives on October 27, 2018. This current incident is also liable to be a trigger for that past trauma. So said their Rabbi, Jeffrey Myers, who, in various media interviews after the hostage crisis, also maintained getting mentally stronger through vision of purpose over millennia, combined with ripples of support.

In the United States, as well as the United Kingdom, we are in a time of great conflict and divisiveness that compromises the safety of citizens. Due to projected scapegoating, those who are different usually bear the highest risk of harm.

We are SPIRIT, an international alliance of social psychiatrists and other mental health professionals of various faiths who have previously written about other conflicts in the Middle East and Afghanistan for Psychiatric TimesTM. Some of the members of this alliance have also edited and written chapters for 3 books published by Springer International over the last 2 years: Islamophobia and Psychiatry: Recognition, Prevention, and Treatment; Anti-Semitism and Psychiatry: Recognition, Prevention, and Interventions; and Christianity and Psychiatry. SPIRIT welcomes new members interested in helping our cause.

In our mission, we have a moral, ethical, and clinical responsibility to support the survivors and tend to their visible and invisible wounds, as well as to address the ripple repercussions of the traumas as they spread out from the epicenter into society. Although there is interfaith progress, there is still entrenched cross-cultural hate. We try to research the root causes of these harmful and all too common phenomena. Though it is unlikely that psychiatry can often predict something like this by a given individual, we still might find ways to be proactive rather than reactive, try prevention rather than intervention, and instigate systemic change of the adverse social determinants of such mental problems. Psychological autopsies of perpetrators can provide valuable clues to their personal backgrounds, trauma exposures, psychological conflicts, and motives. In the case of the Congregation Beth Israel hostage situation, the perpetrator’s brother has already said he had “mental health issues.”4 Guns and mental illness are often a volatile mix. Similarly, security reviews of what happened will hopefully provide increasingly safer guidelines for the future.

We must also reinforce the psychologically beneficial messages embedded in our current holidays. In an unusual confluence, January 17 this year includes the annual Martin Luther King Jr. Day, the Jewish Tu B’Shivat celebration of environmental sustainability, and the inaugural Muhammed Ali’s Day in Illinois celebrating peace. Together, they point the way to social and environmental justice. In the meanwhile, safety and security must be paramount at vulnerable social and political targets, including the current possibility of copy-cat attacks of faith-based communities.

But first and foremost, we must be part of the solution by refusing to be taken hostage to hate.

Dr Reda is a practicing psychiatrist, Providence Healthcare System, Portland, Oregon. Dr Moffic is an award-winning psychiatrist who has specialized in the cultural and ethical aspects of psychiatry. A prolific writer and speaker, he received the one-time designation of Hero of Public Psychiatry from the Assembly of the American Psychiatric Association in 2002. He is an advocate for mental health issues relate to climate instability, burnout, Islamophobia, and anti-Semitism for a better world. He serves on the Editorial Board of Psychiatric TimesTM. Dr Bailey serves as Kathleen & John Bricker Chair, Department of Psychiatry, LSUHSC. He also is chairman of the Board of Trustees of the Cobb Research Institute and is the 113th present of the National Medical Association. Dr Peteet is an associate professor of psychiatry at Harvard Medical School and a fellowship site director for Brigham and Women's Hospital. Dr Hankir is a doctor working in frontline psychiatry for the National Health Service at South London and Maudsley NHS Foundation Trust in the United Kingdom. Dr Gogineni is a professor of psychiatry at Cooper Medical School of Rowan University. He is active in several national and regional organizations and published and presented on international medical graduates, culture, religion, family psychiatry, gender issues, etc. Dr Packer is assistant clinical professor of psychiatry and behavioral sciences at Icahn School of Medicine at Mt Sinai, New York, NY. Dr McLean is clinical professor and chair of psychiatry and behavioral science at the University of North Dakota School of Medicine and Health Sciences. Dr Seeman is professor emerita, Department of Psychiatry, University of Toronto, Toronto, Ontario, Canada. Dr Gorman is a psychiatrist, the author of more than 300 peer reviewed papers, founder of Critica, and board member of the Social venture Fund for Arab Jewish Equality in Israel. Dr Levine is professor emeritus in psychiatry at the University of California at San Diego, as well as the author of more than 100 professional articles and 6 books. Dr Gal is interested in exploring the intersection between childhood political trauma with immigration stress. She has been recently offered a fulltime research appointment as a visiting researcher at Harvard University in Cambridge, Boston. Dr Malhi is medical director of the Child and Adolescent Psychiatry Clinic and Multidisciplinary Autism Program at ChristianaCare, Delaware.