What Are Universities and Colleges Teaching About the History of Psychiatry and Mental Illness?

Just what exactly are university and college students being taught about the history of psychiatry these days? We editors at H-Madness were interested in finding out. 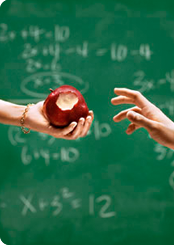 Just what exactly are university and college students being taught about the history of psychiatry these days? We editors at H-Madness were interested in finding out. This past fall, we took the opportunity to contact colleagues from the United States, Canada, Great Britain, Europe, and Australia who regularly teach courses on the history of madness, mental illness, and/or psychiatry or related fields. We asked them to submit a copy of their recent syllabus or syllabi, along with some comments regarding course content, structure, themes, main points, sources, etc.

The syllabi and comments were then posted as part of a series of posts over two weeks. Readers, in turn, were encouraged to submit their own syllabi and comments as well. In the end, we received more than a dozen submissions, providing us with an interesting glimpse into who is teaching what about the history of psychiatry and psychotherapy in academia today.

What follows are my own rather cursory reflections on what the series of posts tell us. Since I have no idea how representative our sample was, these are not conclusive statements about the field. But the patterns that revealed themselves here, I believe, are worth noting.

The vast majority of those teaching courses about the history of madness, mental illness, and psychiatry are trained historians working out of history departments. That said, courses are also being taught under the auspices of a variety of other fields, including psychology, science studies, behavioral science and health, disability studies, and literature. Interest in the subject clearly cuts across disciplines.

The general focus of courses is overwhelmingly on developments in the north Atlantic world, i.e., northern and central Europe (including the UK) and the United States and Canada. Perhaps not surprisingly, there appears to be a tendency for instructors to stick to one side of the Atlantic Ocean in their syllabi: courses tend to examine United States or British or European developments exclusively. This likely has more to do with the nature of the historical profession than anything else, as most historians are trained and hired to teach in national/regional fields of specialization. Only two courses spend any considerable time on ancient, medieval, and early modern developments. Emphasis tends to be solely on the history of psychiatry and psychology since the 18th century.

Popular Topics
As to course content, there are a number of noteworthy trends:
• For the most part, psychiatric ideas and innovations are not taught as solely the result of internal discussions among medical professionals. Rather, instructors frame the history of psychiatry and mental health within the context of other, broad social, political, economic, and cultural circumstances.
• The general tendency is for courses to focus on the perspective of professional healers and scholars (alienists, psychiatrists, researchers). In many cases, teachers do make a point of including patient/client narratives. But only Geoffrey Reaume in Canada makes the patient/client perspective the focal point of the course.
• How exactly the course is divided up varies a great deal. Geoffrey Reaume breaks his course down into units based according to patients’ perspectives on different kinds of interventions. Howard Kushner and Ivan Crozier, on the other hand, divide their courses into blocks based on specific diagnostic categories. Still others focus on institutional changes or are more committed to a straightforward narrative framework.
• Instructors rely on a wide range of texts and sources. There is no clear consensus about which secondary sources to use, but some authors pop up more consistently than others, including Roy Porter, Edward Shorter, David Healy, Gerald Grob, Ian Hacking, and Michel Foucault.
• Film plays a part in many of the courses. Among the most frequently shown are Let There Be Light,The Snake Pit,One Flew Over the Cuckoo’s Nest,Spellbound,The Madness of King George, and The Cabinet of Dr. Caligari.
• Psychoanalysis remains a staple of courses. Despite the decline of its influence in more recent times, historians clearly see psychoanalytic thought and practice as playing a pivotal role in the evolution of psychiatry.
• Likewise, the history of the asylum is a common theme in courses, with consideration given particularly to asylum architecture, regimes, social functions, staff, and residents.
• The world wars play a prominent role in most syllabi. World War I, in particular, stands out, because of its role in raising the issue of shellshock and “war neurosis.”
• Another prominent topic involves race and racism in the history of psychiatry. Historians of the United States naturally spend time discussing psychiatry’s attitudes toward and treatment of African-Americans, while historians of Europe more often raise the importance of race in psychiatry as part of the history of colonialism and anti-Semitism.
• Gender and sexuality are also increasingly conspicuous topics in courses. The pathologization of homosexuality and masturbation and the historically peculiar ways in which assumptions about femininity and masculinity have affected psychiatry’s treatment of women and men, girls and boys are especially salient.
• Tied to the interest in the roles of race, gender, and sexuality in psychiatry, the concepts and applications of eugenics are featured in most every course. Courses directed at the history of psychiatry in Europe and Britain, in particular, generally spend time considering the rise of degeneration theory in the 19th century, along with the scholarly and popular perception of there being a link tying heredity, criminality, and mental illness in the late 19th and early 20th centuries. This leads invariably to a sobering discussion about the Nazi eugenics program, one in which some 400,000 individuals were sterilized and around 200,000 patients were systematically “euthanized.”
• Whereas a generation ago, courses and textbooks on the history of madness and psychiatry rarely went beyond 1918, contemporary (post-1945) issues loom very large in syllabi. Among the contemporary topics garnering attention are: the rise and influence of anti-psychiatry, the process of de-institutionalization, the emergence of social psychiatry and community mental health, the growth of the self-help movement, the development of psychopharmacology, and the controversies surrounding the successive DSM editions.

Suggestions for Improvement
All in all, this is an impressive achievement. The history of madness, mental illness, and psychiatry is alive and flourishing on campuses throughout Australia, Europe, Great Britain, and North America (and likely elsewhere as well). At the same time, however, there is plenty of room for improvement and refinement.
• More needs to be done to teach the international and global dimensions of the history of mental illness and psychiatry. By and large, like the historiography, the pedagogy of this history has revolved around national traditions and developments. The treatment of international aspects has been largely confined to the north Atlantic world.
• And this reveals a glaring shortcoming in what most of us residing in the north Atlantic world have been doing: there has been little attention paid to the history of psychiatry and madness in Asia, the global south, and developing countries. The one exception has been the surging interest in examining psychiatry in colonial and some post-colonial settings. Beyond this, however, the rest of the world is given short shrift. Without more feedback from colleagues in Asia and the global south, it is difficult to say whether this signifies anything more than simply a western preoccupation with what it perceives to be its own heritage. Without question, however, a truly international and cross-cultural history of psychiatry must find a way to incorporate these other regions of the world into the curriculum. This is likely to be the case in the future, particularly in the United States, where history departments are increasingly shifting their emphasis away from Europe.
• Ancient, medieval, and early modern (1000 B.C.E to 1700 C. E.) developments are, too often than not, neglected in general survey courses. I’m sure the topic is being taken up in ancient, medieval, and early modern history curricula, respectively. But the apparent lack of communication between modern and pre-modern historians of madness means a lot of long-term trends are being overlooked.
• Tracey Loughran at Cardiff University is one of the few instructors to emphasize two important themes in her course: the family and popular culture. Family and community networks of support have played the central and most persistent role in caring for the mentally ill and disabled. And especially since the 19th century, with the rise of large-scale mass media, popular perceptions of psychiatry and mental illness have been key in shaping social mores, policies, and institutions. These are dimensions of mental illness and psychiatry that warrant serious attention.
• Interest in discussing the rise and growth of the psychopharmaceutical industry and treatments has appeared to overshadow an equally remarkable boom of the second half of the 20th century. I am speaking here of the proliferation of various forms of psychotherapies and counselors, most emerging out of the boom in postwar outpatient treatment. Only a few syllabi make a point of disaggregating modern psychotherapy. More thought needs to go into looking more specifically at things such as humanistic psychotherapy, encounter groups, cognitive behavioral therapy, group therapy, family therapy, marriage and couples counseling, and pastoral counseling.
• Finally, given how somatically and socially interconnected they have been with mental illness and the work of psychiatry, it might be worth thinking of ways to incorporate topics such as the history of drugs and alcohol abuse and the history of intellectual and developmental disabilities.

Feel free to take a closer look at the individual syllabi and instructor comments on the H-Madness website. Just go to the “search” prompt and enter “syllabus.”