Adolf Hitler, the genocidal monster of the twentieth century, would not seem to be someone likely to seek psychological counseling, let alone respond. 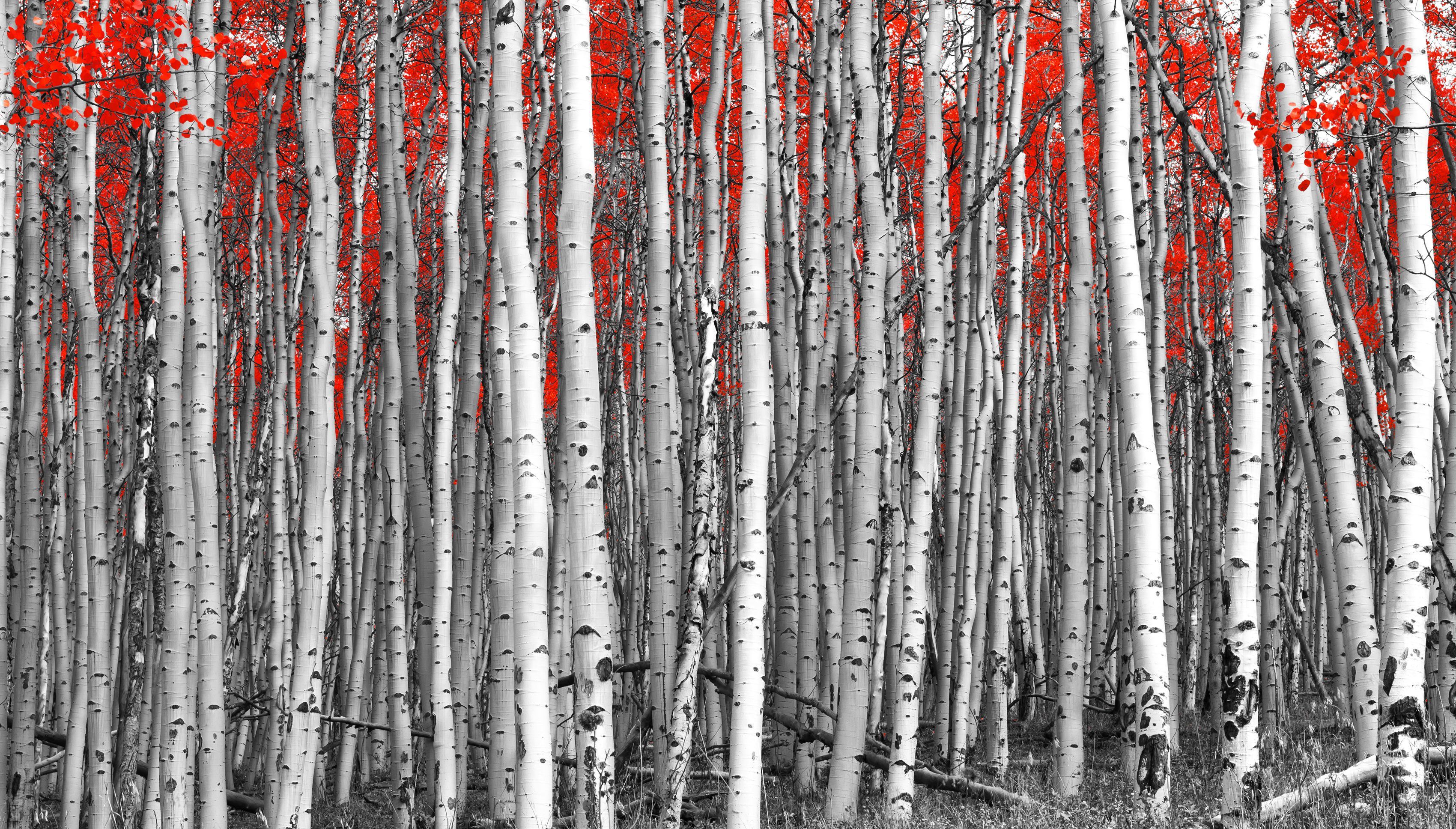 Adolf Hitler, the genocidal monster of the twentieth century, would not seem to be someone likely to seek psychological counseling, let alone respond. Since his death at the end of the war, there has been a vast outpouring of literature on the Nazi Fuhrer. Until recently, he was not known to have had psychological treatment—with one questionable exception.1 This encounter was rumored to have occurred at Pasewalk Hospital at the end of World War I when he was hypnotized by psychiatrist Dr Edmund Forster. However, it has been firmly discounted by historians.2

In 1990, however, there came a surprising revelation: Hitler had been treated by a psychologist at Landsberg Prison in 1924, with a positive response to treatment.3 Alois Maria Ott, the prison “teacher,” was responsible for the rehabilitation. Ott first disclosed his involvement with Hitler at the hearty age of 98, with reports that he was going to write a book on his experiences, which has not occurred. A devout Catholic, Ott was a firm believer in the power of goodwill, having a nonjudgemental approach to his patients.4

In 1924, Hitler was just another Bavarian right-wing rabble-rouser spawned by the loss of the war and the chaos of the Weimar Republic. Inspired by the 1920 Kapp putsch, he decided to mount a coup against the Bavarian government. What is known as the Munich Beer Hall Putsch culminated in a march on the Bavarian Defense Ministry on November 9, 1923.5 In the exchange of fire, 16 Nazis and four policemen were killed. Hitler was pulled down, dislocating his shoulder; Ludendorff, undeterred, marched on; Goering was shot in the thigh (which started his morphine addiction).

Hitler was devastated. He could be jailed, deported to Austria, or shot for treason. He managed to escape to the home of Ernst “Putzi” Hanfstaengl, his press spokesman. Overwrought, if not hysterical, he threatened to kill himself and Helene Hanfstaengl had to take the gun from him.5 This behavior was not unusual: Hitler frequently threatened suicide when events did not go his way.

On 11th November, Hitler was arrested and taken to Landsburg Prison, 38 miles west of Munich, arriving at night. Fearing a rescue attempt, the Reichswehr was brought in to guard the special prisoner. Hitler was put in Cell Seven in die Festung, a special wing reserved for prisoners of conscience, the nobility, and duellists (a very German arrangement). He was to stay there until December 20, 1924.

The records on arrival state that the prisoner was “of moderate strength,” 5 feet 9 inches tall, and weighed 12 stone one pound (measurements converted from metric). Medical officer Dr Josef Steiner Brin declared Hitler “healthy and strong,” fit for imprisonment. An interesting find at the examination was only learned in 2015: Hitler had “right-side cryptorchidism” or an undescended right testicle, thereby confirming the longstanding rumor.6,7

Hitler, “a lump of misery,” was unshaven, miserable, and distracted. Rudolf Hess found him in a very low emotional state, expecting to be shot as a revolutionary (and which, of course, he was to do to so many who opposed him). When the investigators arrived, he demonstrated the histrionic behavior that was such a feature of his personality. He would either remain silent, “acted fresh, or broke out into crying fits.”8 His shouts and screams could be heard all over the building.

Leybold, the prison warden, had to deal with his rages. Hitler “howled like a madman” before raving about “liars and traitors.” His response was to go on a hunger strike; at least he would die like a martyr. As the hunger took hold, he became apathetic and looked “like a heap of misery, crestfallen, poorly shaved, and listening to my simple words with a tired little smile and no interest.” Moved to the hospital wing, he got steadily weaker and the staff decided that force-feeding was the only option. Before this came about, he was visited by Ott.

The prisoner made a disappointing impression. Hitler was a “scowl-eyed stocky man,” a “middle-class man with mannered black hair combed into his forehead and the well-known trimmed beard fly,” “a wide, ordinary mouth and a broadly protruding, somewhat indented nose.” Ott’s emphasis on physiognomy was derived from the focus on physical characteristics promoted by Lombroso and Kretchmer.

Ott showed Hitler a copy of the Bayerischer Kurier (Bavarian Courier) with a report from a colleague accusing him of “falling victim to the devil of his own vanity and a prima donna complex.” Ott said, “Herr Hitler, I give you my word that I’ve told nobody in the prison that I was coming to see you, and nobody will learn anything of this conversation. You and I are about the same age and have both lived through war and misery. I’m coming to you man to man, to be of assistance, the same way I do with every inmate.” In this way he levelled out the differences between the two, despite the obvious inequities in a prison situation.

Hitler ignored the invitation. Convinced that he was going to be shot, he became more hysterical. “The people are a pack,” he cried. With “whitish-yellow flakes of foam on his mouth,” he intended to “wipe out his life on a hunger strike.” Distraught at the death of his comrades in the march, Hitler announced that “I have had enough, I am done, if I had a revolver I would take it.”9 Ott made his assessment of the prisoner: a hysteric and pathological psychopath. This is unique: the only psychiatric diagnosis of Hitler by anyone who examined him.

Not intimidated by his ranting patient, Ott was determined to take control of the encounter. First, he lectured Hitler on the need to be patient about establishing his political program, only to receive another melodramatic tirade that Germany could not wait for this before he would be crucified and burned at the stake. Ott found another way to engage his volatile subject, asking whether he had chosen the wrong role model in view of Austria’s recent history with the Hohenzollerns. This did the trick; the impasse was broken. Hitler, back on familiar territory, gave Ott a lengthy discourse on his interpretation of history and the two now had a basis for conversation. From this point, they would debate current and past issues.

“Then you must know,” said Ott, “how long it took the Prussian general staff to prepare for the last war, and that revolutionaries like Garibaldi and Mussolini need the will of the people behind them. Slogans, especially ideological ones like anti-Semitism and anti-clericalism, won’t bring starving people to the barricades. . . . Why do you and your followers spread hatred toward Jews and toward papal authority? We can be political opponents, but if you want to lead a whole nation into a better future, we need one another.”

This must be one of the very rare (if not unique) occasions when someone challenged Hitler’s fanatic and hate-filled views to his face. Despite contradicting Ott (as would be expected), Hitler stayed engaged, stating that only two institutions in the world required his respect “the old Prussian General Staff and the Roman College of Cardinals.”

Ott concluded by recommending a “pious recipe” to his patient: “Find back to the old order of God!” This must have registered with Hitler, who had been raised a Catholic—although he was deeply skeptical of the church as an adult. The intervention worked. The next day, Hitler stopped his 10-day hunger strike—the planned force feeding abandoned—and returned to his comfortable room in the fortress.

On this note ended the only known treatment of Hitler by a psychologist who used an approach that had allowed his difficult patient to engage with him, followed by contradiction of his fervid opinions. Ott was not deterred by his difficult patient, but used a combination of confrontation and empathy, providing opportunities to vent. The results were excellent; his patient settled, stopped the hunger strike and gave up suicidal ideation. He prepared for his trial and wrote Mein Kampf.

The trial for high treason was held from February 26 to April 1, 1924 in the Bavarian People’s Court. Hitler, confident again, effectively took over the trial proceedings, addressing not only the judges, but the German public. This changed the hearing from a criminal prosecution to a stage to put his ideas before the German public, turning him into a national figure. That the judges were right-wingers helped—the two pro-Nazi lay judges wanted him acquitted. In the end he got a five-year sentence to be served under the least severe conditions, the sentence likely to be heavily curtailed. As it was, he would only serve 13 months.

Ott concluded that his patient had a “penchant for magical-mysterious thinking,” an opinion that is difficult to disagree with. Hitler was filled with “vanity and brutal dogmatism.” His hatred for “those who think differently” could not be attenuated: “I could feel his demonic obsession with an ideology that unleashed the psychopath in him.”

From the time of his assent to power, psychiatrists offered their views on Hitler’s mental state.10 Ott, however, was the only mental health professional to examine and treat the future German dictator; this encounter deserves to be known. In addition, he was able to challenge Hitler’s anti-Semitic views, which did not make any difference, but it is one of the few occasions (if ever) this occurred.

The news that Hitler was treated by a psychologist is intriguing. Many would consider him to be the least likely person to respond to psychotherapy. A number of reasons can be considered for the success of Ott’s intervention. Hitler was at an early stage of his political career, just one among many right-wing politicians in Bavaria, with no guarantee that he would succeed in his political goals. Second, the penalty he faced in the forthcoming trial could include lengthy imprisonment or deportation. Third, the rampant megalomania he displayed once he came to power was in its early stages—he was the drummer, not the leader of the forthcoming revolution. Fourth, the presentation was characterized by his suicidal threats, a persistent response when facing adversity until his end in the bunker.

Ott did the right thing for his patient; what it meant for the world is another thing. We can look back and wonder whether if there had been someone like Ott at other critical points in Hitler’s life history would have been different. If only . . . .

Dr Kaplan is Clinical Associate Professor at the Graduate School of Medicine, Wollongong University and Research Fellow, History Department, Stellenbosch University, South Africa. He writes about political leaders in his book Dark Tales of Illness, Medicine and Madness: The King Who Strangled His Psychiatrist.