Are FDA Warnings on Antipsychotics Heeded?

The impact of FDA alerts and label warnings was examined in 2 recently published studies of antipsychotic drug use. In one study, researchers gauged physician response to the 2005 warning of increased mortality with antipsychotic use in elderly patients with dementia, and in the other study, researchers determined whether recommended safeguards were implemented following the 2003 advisories on adverse metabolic effects of second-generation antipsychotics. 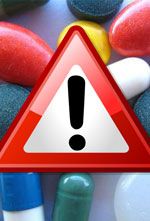 The impact of FDA alerts and label warnings was examined in 2 recently published studies of antipsychotic drug use. In one study, researchers gauged physician response to the 2005 warning of increased mortality with antipsychotic use in elderly patients with dementia, and in the other study, researchers determined whether recommended safeguards were implemented following the 2003 advisories on adverse metabolic effects of second-generation antipsychotics.

While there have been several investigations of antidepressant use relative to the issuance of a black box warning about antidepressant-associated suicidality, there has been little scrutiny of antipsychotic use following either the warning about mortality in elderly patients with dementia or the cautions added to labeling and advisories to monitor patients for diabetes and dyslipidemia when they are taking second-generation antipsychotics.

E. Ray Dorsey, MD, MBA, University of Rochester Medical Center, Rochester, NY, and colleagues accessed the IMS National Drug and Therapeutic Index to ascertain whether antipsychotic treatment considerations were affected by the 2005 FDA advisory and subsequent black box warning.1 The index is derived from a survey of a nationally representative sample of office-based physicians; data included diagnoses, therapies, and patient characteristics. Dorsey and colleagues characterize this data source as essentially an audit of physicians’ practices and define their primary unit of analysis as a “mention” of antipsychotic medication treatment during a patient-physician interaction. They contrast their data to more typical drug use study records, such as pharmacy prescription claims, but acknowledge that theirs is also an indirect measure of response to regulatory action.

“Other interventions could have occurred that coincided with the timing of the FDA advisories and caused the changes observed,” Dorsey and colleagues explained. “For example, some atypical antipsychotics were receiving new indications (eg, in mood disorders), others (eg, paliperidone) received initial US approval, and yet others were maturing as products. There was also widespread media coverage of the events we examined.”

The investigators reported that while there was little change in the aggregate of second-generation antipsychotic drug mentions after the 2005 warning, there was a substantial reduction in consultations with patients older than 65 years who had dementia diagnoses. The mentions of second-generation antipsychotic treatment with this sample of elderly patients decreased by approximately 18% (12,000 mentions) from the month before to the first month after the 2005 advisory.

The pattern of a reduction in mentions of second-generation antipsychotic treatment persisted over the long term, from 56,000 in May 2005 to 28,000 in December 2008. A similar reduction in consultations was evidenced with elderly patients residing in nursing homes.

Although this study associated the 2005 advisory and black box warning with decreased use of second-generation antipsychotics for elderly patients with dementia, Dorsey and colleagues point out that the use of these agents in this population remains high. They cite other studies that indicate that almost 10% of prescriptions for dementia among elderly patients are for second-generation antipsychotics and that approximately 8000 new prescriptions for these agents are provided to this population each month.

In an invited commentary, Paula Rochon, MD, MPH, and Geoffrey Anderson, MD, PhD, opine that the extent of compliance with black box warnings is related to the clarity of the message, and they fault the 2005 warning for not offering guidance to the prescriber.2 They point to an apparent increase in the use of first-generation neuroleptic antipsychotics after the 2005 warning, until these agents were included in a subsequent FDA warning.

“One strategy to provide more specific information,” Rochon and Anderson suggest, “is for regulatory agencies to work with professional organizations to release updated clinical practice guidelines that incorporate the warnings and suggest alternative clinical strategies.”

Despite the multifaceted advisory campaign, however, implementation of recommended monitoring was “infrequent” and with “little change following the diabetes warnings and monitoring recommendations,” according to Elaine Morrato, DrPH, MPH, University of Colorado, Denver, and colleagues in their study of Medicaid populations in California, Missouri, and Oregon.4

Morrato and colleagues analyzed laboratory claims to compare prewarning and postwarning trends in obtaining baseline serum glucose and lipid testing for patients in whom treatment with a second-generation antipsychotic was started, and in a propensity-matched control group of patients treated with albuterol. The researchers also compared the baseline testing rates for these Medicaid populations with those for similar patients with commercial insurance; the comparable rates found across groups suggested that testing in the Medicaid cohort was representative of current practice.

The initial testing rates for the patients receiving the antipsychotic medication was low (glucose, 27%; lipids, 10%). The investigators found no increase in glucose testing after the warnings were issued and only a marginal increase (1.7%) in lipid testing. These testing rates and trends did not differ from those for the albuterol control group.

Information about the differential risk of the individual second-generation antipsychotics did appear to Morrato and colleagues to have affected practice: new prescriptions for olanzapine (Zyprexa), with higher metabolic risk, declined during the warning period, with annual share reduction of 19.9%; and new prescriptions for aripiprazole (Abilify), with lower metabolic risk, increased by 12.1%. This measure in a retrospective design, however, like the application of the IMS index by Dorsey and colleagues, can reflect other conditions. One possible contributing factor was the elimination of a required “prior authorization” for aripiprazole in California Medicaid during this period.

The apparent shift in the prescribing pattern without increased laboratory testing may reflect the “diffusion and behavior change” theory of communication and response, Morrato and colleagues posit. This theory, they explain, “would predict that it is easier to adopt behaviors for which the relative advantage is clear and compatible with existing experience and practice than to adopt behaviors with greater perceived complexity or that are designed to lower the probability of some unwanted future event.”

The low rates of laboratory testing for the metabolic adverse effects of second-generation antipsychotics was not attributed by Morrato and colleagues to a lack of awareness of the warnings and guidelines among psychiatrists, because postwarning surveys showed that this group has a high level of knowledge about the need for metabolic testing. An additional disparity is that 60% to 80% of surveyed psychiatrists reported obtaining glucose and lipid levels at regular intervals for patients receiving second-generation antipsychotics.

Morrato and colleagues consider the possibility that there is less awareness of the recommended laboratory monitors among primary care providers, who may have more patients taking these medications or who, in some practices, are responsible for the laboratory orders of patients they refer for psychiatric consult.

The gap between reported monitoring behavior and observed monitoring rates needs to be further studied, Morrato and colleagues conclude, “before improvements can be made in diabetes and dyslipidemia screening for this at-risk population.”