Bingeing on news about the latest White House rumpus has escalated exponentially since the election. Whatever their political views, patients are haunted by an inchoate sense that the wheels are coming off the car, with nary a mechanic in site. 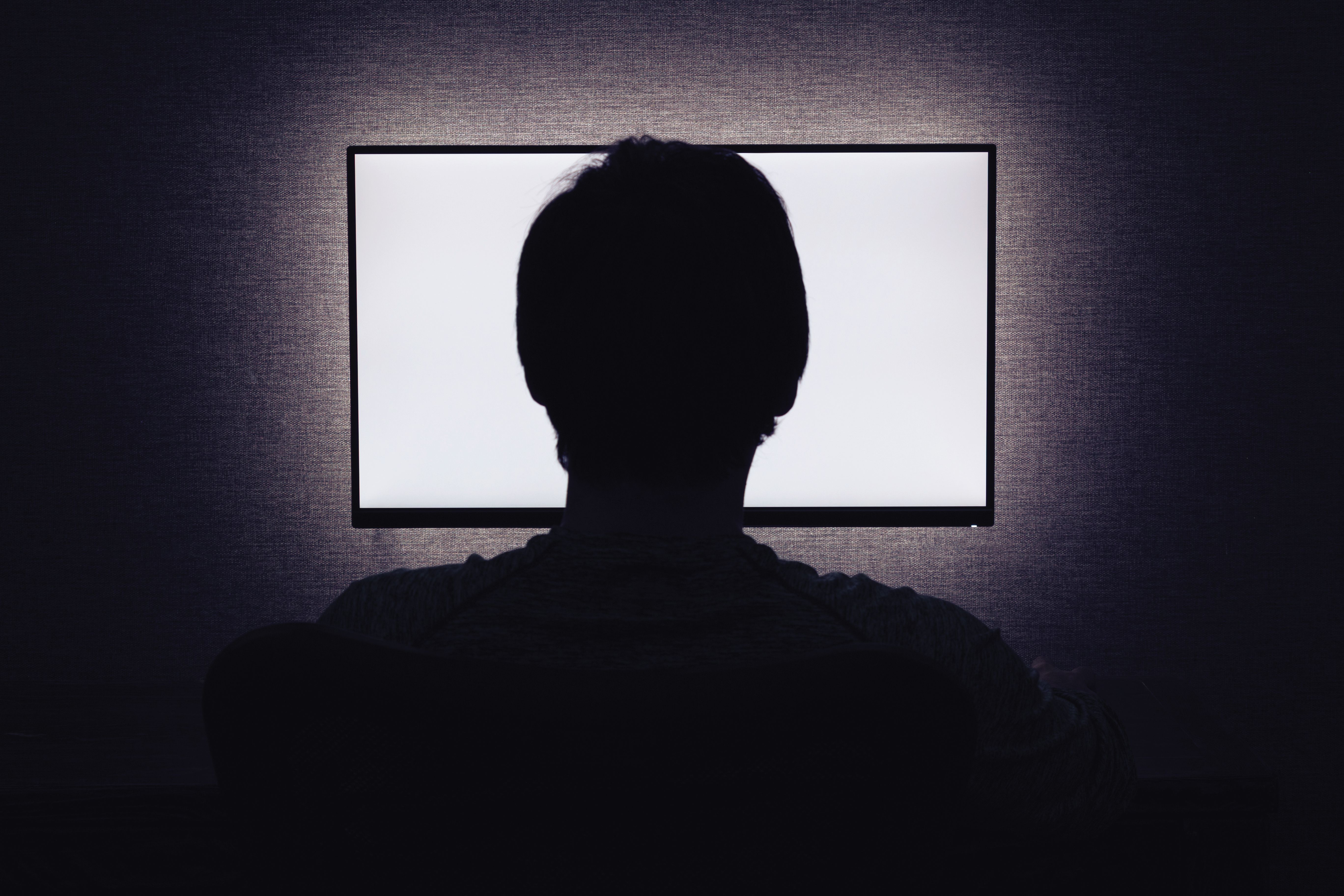 The ubiquitous compulsion to binge on TV coverage of the 2017 presidential race prompted me to fabricate, and anatomize the diagnosis of “Election Addiction Disorder.”1 I predicted the enormous craving for pre-election news would quickly dissipate after the polls closed, saving a few disgruntled true believers-presumably those unable to grieve a Trump smashing defeat.

Of course assumption of a Clinton triumph proved utterly wrong. Party favoritism played no part in my misread: I wasn’t much enamored of either candidate. But the London bookies had been uncannily spot-on about previous elections in the colonies, their chief aim only being to amass a mountain of quid. Brit oddsmakers predicted a Clinton victory as certain as Big Ben’s chime-so who was I to disagree?

Bingeing on news about the latest White House rumpus has escalated exponentially since the election, stoked-inter alia-by the Mueller investigation; the possibility of a disastrous trade war; and the threat of exchanging missiles with a North Korean adversary who sports the same bellicosity and gonzo hair-do.

In my practice, I’ve been encountering despair, anxiety, and insomnia related to coverage of the West Wing rumpus room, augmenting patients’ previous difficulties. Spouses complain about sleep deprivation caused by a mate binge-watching into the wee hours. The addict often insists upon his or her partner’s presence for argument, solace, or simply being on the other side of the mattress as an irritated transitional object.

Whatever their political views, victims are haunted by an inchoate sense that the wheels are coming off the car, with nary a mechanic in site. Some sort of Yeatsean second coming seems looming just over the horizon. Patients who lived through 9/11 report dreaming about the fallen towers. “The best lack all conviction, while the worst are filled with passionate intensity,” said Yeats.2 I hear these sentiments echoed frequently in and outside the office.

CNN, MSNBC, and Fox News had addressed every quiddity and quoddity of the tumultuous campaign scene to vast profit. Eighteen months into the New Order no end to the Oval Office hurly-burly is in sight. Network honchos appear convinced that their mandate to keep viewers glued to the tube will continue indefinitely, as well as the tsunami of cash.

In this setting, tropes and technology reinforcing the feedback loop between coverage and consumer during the campaign have been cleverly enhanced. Now the news breaks from one nanosecond to the next. Whether the subject is ominous or trivial, it’s portentously trumpeted.

In the green and salad days of Murrow, Huntley and Brinkley, a chief anchor commented on the day’s events, then switched to a colleague as occasion dictated. Simultaneous splitscreening of multiple commentators roughly paralleled the rise of news-as-infotainment and pervaded the 2017 campaign coverage.

A pair of simultaneous talking heads originally sufficed. The number increased during the campaign, then escalated exuberantly to 6 or even more. Daily shows like “Morning Joe” and “Fox and Friends” feature a bevy of “regulars,” joined by one or more expert of every stripe, live and splitscreened. These continue breeding like rabbits.

Some are current or former high office holders: generals; diplomats; attorneys. Even mental health professionals have had a say. Some are respectable and bear attention; others are dubious bloviators, hack lobbyists; party-line spear-chuckers, and so forth.

Discourse ranges from collegial to acrimonious. The attack mode increasingly prevails. On the small screen as in the halls of power, going low commands higher recognition than common courtesy and civility.

Inevitably several commentators have become major celebrities themselves, in this culture of celebrity. The majority wear their laurels lightly; but others ooze smug self-satisfaction-especially off-putting when the broadcaster was once reasonably modest. As a function of ego-bloating, subjective opinions are frequently stated as received truths.

I am hardly the first to observe that political coverage now comprises an ongoing reality show. The reasons why so many stay riveted to the screen are complex. Speculations on individual motives follow.

1 The pleasure principle certainly plays a role for junkies and ordinary viewers. Key broadcasters on the left and right can be genuinely informative and entertaining. The morning show coffee-klatches generate a comfortable, if totally spurious camaraderie-the bogus warmth of being in the know with Mika and Joe.

2 Uncertainty has never sat well with the species since the first caveman worried whether a wild wind or a wild beast was howling in the stygian night outside his cave. Addicts are particularly angst-ridden about being caught off-guard, if deprived of the network clangor, especially when the event at hand threatens life, limb, or stock market account.

The 16th century philosopher Thomas Hobbes3 posited that humanity’s native state was unremittingly savage. For Hobbes there was no Eden, only homo homini lupus-man is wolf to man. From his dank perspective, society was constituted lest we rend each other to pieces.

Freud echoed Hobbes’s pessimism about the human condition in Civilization and Its Discontents.4 He described the process of acculturation as the induction of a mass obsessional state. Governments, laws, codes of conduct, served uneasily to keep a lid on the collective id. Civic and religious rituals reassured one that the status quo would remain perpetually in place. In this context, one speculates that the binger’s incessant “checking in” may comprise a paradoxically comforting ritual: if the talking heads weren’t there whenever we tune in, then neither would we be. (Freud also argued that “surplus aggression” was an inevitable consequence of keeping up the illusion of stability. With characteristic irony, he conceived that bloody warfare would be an inevitable consequence of projecting that surplus upon whatever convenient enemy.)

Throughout the centuries, during times of uncertainly before one or another calamitous prospect, those who felt-or were in fact-powerless, instinctively looked to charismatic others. Leaders temporal or secular, sundry prophets, sadhus, gurus, believed they possessed potent, indeed omnipotent power to head off apocalypse or lead their acolytes out of it. One wonders if celebrity commentators now have acquired the cachet of the pseudo-messiahs of yore. The media guru may also be perceived as an avatar of a higher political power, confirming viewer/follower belief in the stupidity, evil, or elitism of a detested “other.”

I believe news programming is pitched at sustaining analogous tension. From this perspective, the commentators’ long and loud debating engenders a sense of cliffhanging: intimating that a resolution is near vis-a-vis North Korean nuclear sabre rattling, construction of a Mexican Wall, or the Stormy Daniels scandal.

Clearly, no such closure is in sight for the cascade of problems under endless scrutiny by the news sachems. Instead of Murder on the Orient Express, we have Scheherazade. The moguls and their fellow travelers aim to keep the game afoot, the audience mesmerized, while enormous wealth continues to flow from hawking car insurance or psoriasis remedies.

For some viewers the sheer amount of yacketing about crucial or jejune issues comprises one great clot of undifferentiated, indigestible verbiage. They’ve recovered their wits, totally turning off an avalanche of blather that may yet generate its own extinction. One hopes that the awakening will spread. But as of now, there seems no end to the extraordinary popular delusion manufactured by political broadcasting.

I haven’t heard of 12-step programs for news junkies. I can only advise my bingeing patients to follow the lead of the healed; turn off the babble absolutely, lest your brain turn to Swiss cheese; get down and get cognitive; commence deconditioning. Confine viewing the daily jabberwocky to a few moments; watch only those weekend shows that offer calm reprises. I advise sleep deprived mates to slumber elsewhere until the afflicted partner gets the message. Instead of watching the incessant babble, I suggest reading the news in peace and relative sanity, over decaf or cocoa or Jack Daniels. I recommend publications like The Economist, although that suggestion would certainly consign me to the rack, thumbscrew and flame in certain quarters.

Finally, one is reminded of the story of the Boston grand dame, who was asked whether she would be voting for Franklin Roosevelt or Wendell Wilkie. “Neither,” was her tart reply, “It only encourages them!!” 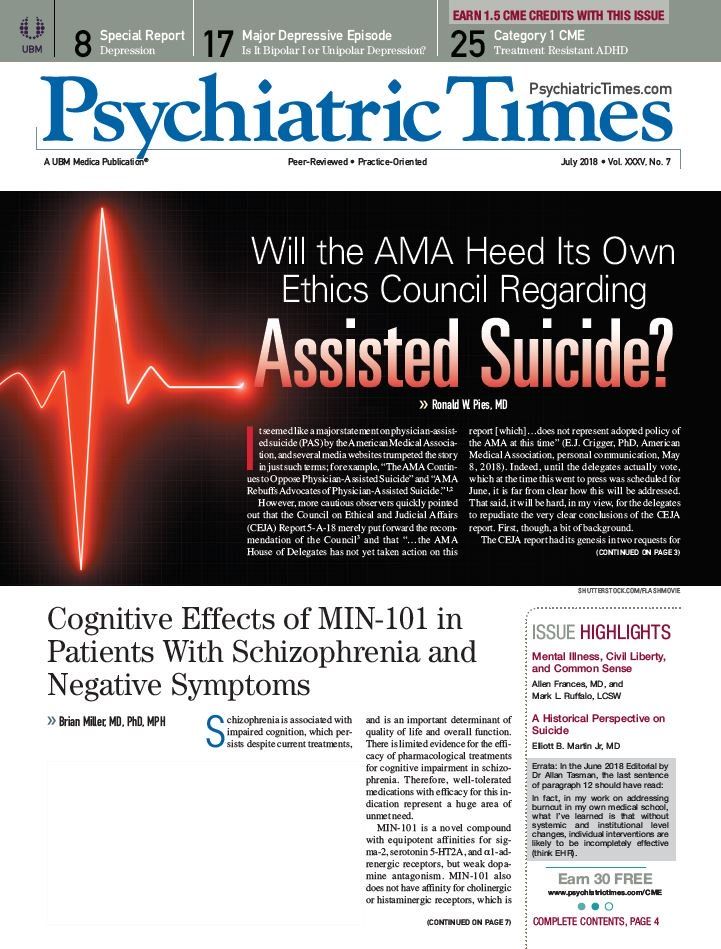 The Psychopharmacology of Depression: Strategies, Formulations, and Future Implications
Major Depressive Episode: Is It Bipolar I or Unipolar Depression?
Pseudobulbar Affect Versus Depression: Issues in Diagnosis and Treatment
Addressing Depression: The World’s Largest Health Problem
Psychotherapeutic Interventions for Depression: Which Work Best?
Multimodal Markers and Biomarkers of Treatment
A Historical Perspective on Suicide
10 Meditations on Succeeding—and Flourishing
Babble on Revisited
Millard Salter’s Last Day
Black and White and Red All Over
Addressing the Challenges of Treatment Resistant ADHD in Adults
Cognitive Effects of MIN-101 in Patients With Schizophrenia and Negative Symptoms
Suicides and Psychiatrists
Silver Linings After Abuse and Neglect
Related Videos
Related Content