Bereavement and the DSM-5, One Last Time

The DSM-5 will eliminate the bereavement exclusion in the diagnosis of major depressive disorder for 2 main reasons. 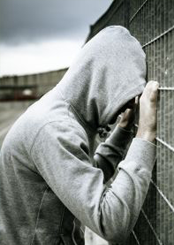 It’s now official: to the satisfaction of some and the consternation of others, the DSM-5 will eliminate the so-called bereavement exclusion in the diagnosis of major depressive disorder (MDD). As a specialist in the treatment of mood disorders for over 30 years, I was pleased to see National Public Radio covering this important development,1 but I was disappointed that only one side of the debate was given prominent coverage. I believe it’s important for the public to understand why the DSM-5 will drop the bereavement exclusion-and equally, for clinicians to appreciate the complexities of diagnosing post-bereavement depression, under the new guidelines.

The bereavement exclusion was eliminated from the DSM-5 for 2 main reasons: (1) there have never been any adequately-controlled, clinical studies showing that major depressive symptoms following bereavement differ in nature, course, or outcome from depression of equal severity in any other context-or from MDD appearing “out of the blue”2; and (2) major depression is a potentially lethal disorder, with an overall suicide rate of about 4%.3 Disqualifying a patient from a diagnosis of major depression simply because the clinical picture emerges after the death of a loved one risks closing the door on potentially life-saving treatment.

True, the “old” DSM-IV criteria provided a mechanism to “override” the bereavement exclusion; for example, if the depressed, bereaved patient were psychotic, suicidal, preoccupied with feelings of worthlessness, or functioning very poorly in daily life. Unfortunately, there are many bereaved patients whose depressive symptoms are severe, but who would not “qualify” for the DSM-IV override criteria; for example, those with profoundly impaired concentration, significant weight loss, or severe insomnia. Under the DSM-IV “rules,” these bereaved patients probably would not have received a diagnosis of MDD and been provided appropriate treatment. The new DSM-5 criteria will no longer pose the risk of shunting these patients out of the mental health treatment setting.

To be sure, ordinary grief is not a disorder, and does not require professional treatment--nor should any arbitrary time limit be placed on grief, whether after the death of a loved one or any other tragic loss. Contrary to many misleading claims, the DSM-5 will not impose a time limit on “grief”-a universal and generally adaptive response to loss. DSM-5 will merely ensure that a particular subset of persons with MDD-those who meet full symptom-duration criteria within the first few weeks after the death of a loved one-will no longer be excluded from the set of MDD patients as a whole.

The 2-week minimum duration for diagnosing MDD has been carried over from DSM-IV to DSM-5. To be sure, this is sometimes too little time to permit confident diagnosis of MDD. But this is true regardless of the “context” in which the depressive symptoms occur-whether after the death of a loved one; the loss of house and home; or in the absence of any clear precipitant. In ambiguous cases, a patient’s prior history of MDD, or a strong family history of depression, can help clinch the diagnosis. And, of course, the prudent clinician always has the option of deferring the diagnosis of MDD for a week or two, in order to see what “trajectory” the bereaved patient’s depression takes. Some patients will improve spontaneously, while others will need only a brief, supportive intervention. And nothing in DSM-5’s criteria for MDD will deny grieving patients the love and support of family, friends, or clergy.

Furthermore, contrary to insistent cries of alarm by some, “treatment” of post-bereavement depression need not involve antidepressant medication, except in the most severe cases. Psychotherapy alone is appropriate in mild-to-moderate cases, though it is true that this option is not readily available in our dysfunctional health care system-if “system” is not too charitable a term.4 But this is a societal problem that requires deep, structural changes in how we deliver health care; it is not a problem to be solved by jiggering with our diagnostic criteria for major depression.

The full, final text of the DSM-5 has yet to appear. My colleagues and I hope that it will help explain the important and recognizable differences between uncomplicated (“normal”) grief and major depression. For example, bereaved persons with normal grief often experience a mixture of sadness and more pleasant emotions, as they recall memories of the deceased. Anguish and pain are usually experienced in “waves” or “pangs,” rather than continuously, as is usually true in major depression.5The grieving person typically remains hopeful that things will get better, and is “consolable” with love and support. In contrast, the clinically depressed patient’s mood is almost uniformly one of gloom, despair, and hopelessness–nearly all day, nearly every day-and rarely responds to consolation.6

The person with moderate, uncomplicated grief is unlikely to seek professional or psychiatric help, within the first few weeks after the death of a loved one. Thus, the much-ballyhooed claim that clinicians using the DSM-5 will declare a normally grieving person “mentally ill” after just 2 weeks is exaggerated and misleading. In contrast, the grieving person in whom MDD develops often senses that something has gone terribly wrong, and may then seek professional help. Providing effective treatment for the grieving person’s major depression may actually help in “working through” the grief itself. Indeed, when symptoms of major depression intervene and go untreated, working through grief-and integrating it into one’s life-is made all the more difficult.5

The line between health and disease is not always clear, either in psychiatry or in general medicine. In truth, we do not find Nature “carved at its joints,” neatly delineating disease from health. It is we who must decide how broadly or narrowly to define disease and disorder, with the ultimate aim of relieving human suffering and incapacity.7 There will always be an element of clinical judgment in rendering our diagnoses, and we need to view our diagnostic systems with humility. Moreover, the elimination of the bereavement exclusion will require improved communication between psychiatrists and primary care physicians, who now provide most of the treatment (such as it is) for depressed patients.4 We need to ensure that PCPs are aware that there are fundamental differences between grief and major depression--and that normal grief must not be “medicated away.” Indeed, we must all remain mindful of Erich Fromm’s teaching: “To spare oneself from grief at all costs can be achieved only at the price of total detachment, which excludes the ability to experience happiness.”

For more on this topic, please see:
Pies R: Bereavement does not immunize the grieving person against major depression. http://www.geripal.org/2012/12/bereavement-does-not-immunize-grieving_4.html.