Put out your cigarette. Researchers performed a cohort study of the impact of cigarette smoking on life expectancy in schizophrenia, schizoaffective disorder, and bipolar disorder. 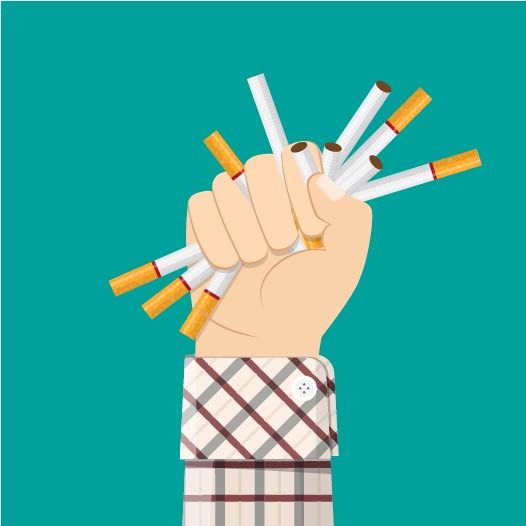 “Ms Patterson” was a 57-year-old Caucasian female with a history of chronic schizophrenia since her 20s. Her psychotic disorder has been stable on ziprasidone, with no psychiatric hospitalizations in the past 10 years. She smoked 2+ packs of cigarettes per day over 30 years.At age 49, Ms Patterson was hospitalized due to a ruptured cerebral aneurysm. Thereafter, she quit smoking for about 3 months, but then returned to smoking 2 packs per day. She also had comorbid hypertension and chronic obstructive pulmonary disease. After seeing the same psychiatrist for 11 years, Ms Patterson moved to another state to live with 1 of her adult children. Approximately 1 year later, she returned to her previous residence. Prior to her outpatient appointment with her long-time psychiatrist, she died at the age of 57 from another cerebrovascular event.

Severe mental illness (SMI)—including schizophrenia, schizoaffective disorder, and bipolar disorder—is associated with decreased life expectancy.1 An increased prevalence of cigarette smoking is a likely contributor to this burden of premature mortality. More than half of patients with schizophrenia and more than a third of patients with bipolar disorder are cigarette smokers.2,3 Smokers in the general population have a 7- to 10-year shorter life expectancy than non-smokers.4 No previous studies have investigated the effect of smoking on life expectancy in patients with mental disorders, which would inform on the potential impact of smoking cessation interventions.

The study population included all patients with an SMI diagnosis (ICD-10 schizophrenia, schizoaffective disorder, and bipolar disorder) between January 2007 and December 2018, reached age 15 before the end of the observation period in 2018, and had information on smoking status. Deaths were identified using the NHS Care Records Service, which records every death in the United Kingdom. Smoking status was classified into current smokers, past smokers, and non-smokers (based on the most frequently recorded smoking status). Past smokers (n=470) and patients with unclear smoking status (n=963) were excluded. Life expectancy at birth based on smoking status was calculated using Chiang’s method of abridged life tables.7 Cox regression models were used to estimate mortality hazard ratios (HR), controlling for multiple potential confounding factors.

Smoking is associated with decreased life expectancy in patients with SMI. Given the high prevalence in patients with SMI, smoking makes a substantial contribution to premature mortality. Therefore, comprehensive implementation of effective smoking cessation interventions could have a substantial impact on improving life expectancy in this patient population.

7. Chiang CL. The Life Table and Its Applications. Krieger Publishing; 1984.